Tim Stützle: The Canadian capital's designated savior is a German

At 19, Tim Stützle is the youngest player in the National Hockey League. The lowly Ottawa Senators are looking to build a highly successful future around the German rookie. 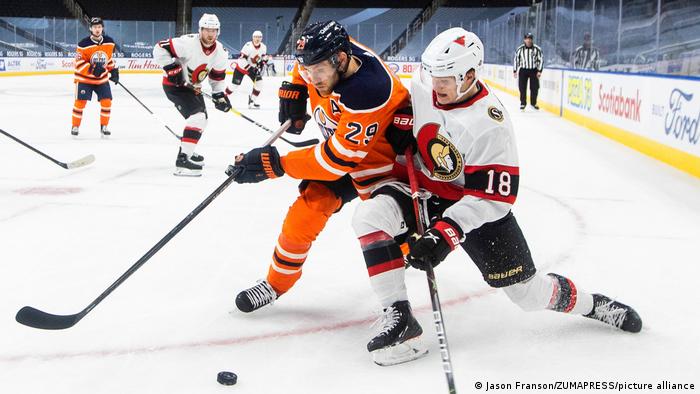 There is a significant difference between the Ottawa Senators' home ice and those of the other six Canadian clubs in the National Hockey League (NHL). Unlike the venues of the Montreal Canadiens, Toronto Maple Leafs, Winnipeg Jets, Edmonton Oilers, Calgary Flames and Vancouver Canucks, the Canadian Tire Centre is not located downtown, but in Kanata, a suburb about 25 kilometers (16 miles) to the west of the capital.

And something else is different in Ottawa too. The Senators aren't looking to a highly talented youngster from a traditional hockey nation like Canada, Russia, Sweden, Finland or the United States to build their team around. Instead, it's a 19-year-old from western Germany that they are placing their hopes in. Despite the fact that Ottawans still struggle with the pronunciation of Tim Stützle's last name, the young German, who embodies hope, potential and positivity is already a fan favorite.

"The fuss about me is very, very big. But it's incredibly fun – and I'm really enjoying every second of it," Stützle told DW.

As the youngest of some 750 players in the NHL, Stützle finds himself facing players who were in the league before he was even born. A case in point is 41-year-old Joe Thornton of the Senators' archrivals, the Toronto Maple Leafs. Thornton played his first NHL game on Oct. 8, 1997 – three years, three months and seven days before Stützle was born. 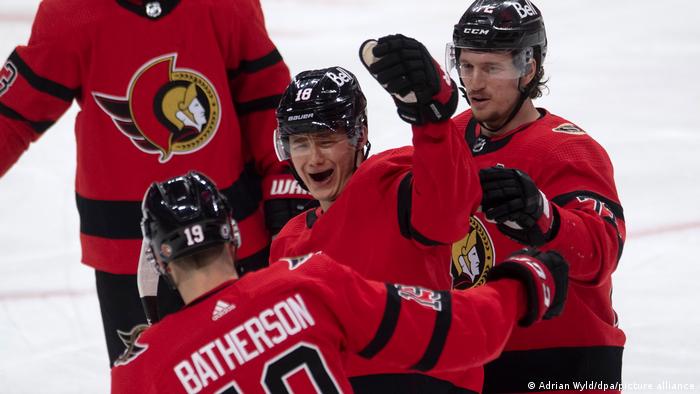 But despite his youth and inexperience, the German teenager has been given a very special assignment. The Ottawa Senators have entrusted Stützle with leading the club out of years in the wilderness and into a better, more successful future. His job is to help make the Senators a perennial playoff participant and Stanley Cup contender. And if you thought that might be too much weight to place upon his still rather slender shoulders, you'd be wrong.

"That's why I was drafted so high," Stützle said confidently.

Part of the rebuild

Ottawa took Stützle third overall at last autumn's draft – and the fact that they were able to draft that high tells you something about just how bad the Senators were in the previous season. The draft system is designed to allow bad teams to improve over time by getting a chance to bring in some of the most talented young players out of junior, college or European hockey. Now, the Senators are into full rebuild mode, with a squad whose core is made up largely of players in their early twenties – and Stützle is set to become the face of the club.

"Tim's skills are incredible. Anything is possible for him," Senators coach D.J. Smith said recently.

Speaking to DW earlier in the season, superstar Leon Draisaitl of the Edmonton Oilers described his fellow German as a "very, very talented youngster" who has all the tools and who will "make his way successfully."

Sports broadcaster "TSN" has described Stützle as the most highly anticipated rookie to arrive in Canada's capital since the Senators made  Jason Spezza the second overall pick in the 2001 draft.

A first goal for the highlight reels

All of this is not to say that the Senators' No. 18 is already the cornerstone of the franchise, but he's already a player that coach Smith is comfortable with putting out on the powerplay or as the extra attacker when he pulls the goalie late in a game.

"I've been trying to establish myself as quickly as possible, so I'm slowly starting to take on a leadership role, being on the ice in key situations," Stützle stressed.

Thirty-two games into his rookie season, Stützle has six goals and 13 assists to his name, and his first goal, against Toronto on January 16 was a beauty.

Difficult start to the season

The start of this campaign was "very difficult," as Stützle put it. A 5-3 win over Toronto was followed by nine straight losses. After 15 games the Sens record was 2 and 13. But things are looking up a bit. Thirty-five games into the season, Ottawa's record now stands at 12 and 20 along with three wins in OT.

"We are in the game in most nights, we've made a huge step forward as a team," Stützle said. Asked about what the highlight of his rookie season in the NHL has been, Stützle hesitated before settling on January 15. Not only did he turn 19 on that Friday night, but he also made his debut in the league with a 5-3 over the Leafs.

Prior to last October's draft, Stützle was largely an unknown quantity in North America, partly because he didn't come up through the junior or college system here. Instead, Stützle stayed home last season to play with the Mannheim Eagles, one of the best teams in Germany's top flight, the DEL. He believes that playing with experienced professionals, including former NHLers last year gave him an important edge.

"I was able to learn an incredible amount there, so maybe I was already a step farther than if I had played another year against juniors somewhere else," Stützle said. 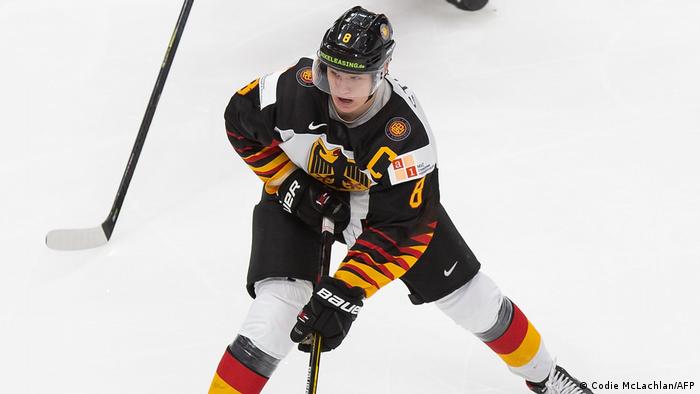 As captain, Tim Stützle led Germany into the quarterfinals at the last World Juniors

Top forward at the World Juniors

He first played in North America last December, when he captained Germany at the World Juniors in Edmonton. Senators' management and fans will have been delighted by what they saw: With five goals and five assists, Stüztle was named outstanding forward of the tournament as he led Germany into the quarterfinals for the first time in the history of the World Juniors. By the time he got to Ottawa, the hype was "very, very big," Stützle said.

"It's an honor for me to be so highly regarded. I'm just trying to live up to that, and maybe impress people, too."

So far, he's succeeded. The Senators' designated savior has truly arrived in the NHL. He's lived up to the initial expectations, hinted at his potential, and brought Ottawa's success-starved fans a great deal of joy. It's a good start, but that's all it is; the start.