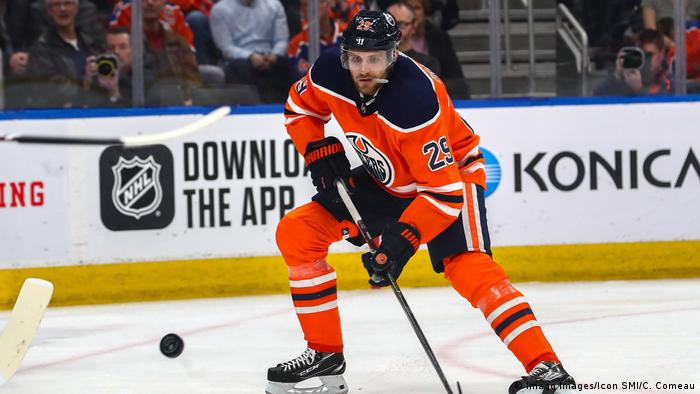 When National Hockey League (NHL) Commissioner Gary Bettman declared the 2019-20 regular season over on Tuesday, the immediate attention was on the plan for a 24-team postseason. The league hopes — despite the coronavirus pandemic — to end the season with the presentation of the Stanley Cup sometime, somewhere.

But the focus of German hockey media and fans alike turned almost immediately to the Art Ross Trophy, awarded annually to the leading scorer in the regular season. Everyone knew that this time the winner would be Germany's Leon Draisaitl, who finished with 110 points (43 goals, 67 assists) in 71 games — 13 points ahead of teammate Connor McDavid, who took the honor in 2017 and 2018. In fact, Draisaitl, who cracked the 100-point plateau for the first time last season, was on pace to earn 127 points if the full 82-game schedule had been played. He also would have had a decent shot at breaking the 50-goal barrier for a second straight season.

Speaking to reporters in a video call on Friday, Draisaitl said he was proud of the achievement that was "something you dream of as a kid, no question." But he added that until you actually make it happen, "it all seems far away."

Hockey players are generally a humble lot who tend to deflect the credit for individual awards and achievements to others. The 24-year-old Cologne native is no exception.

"When you reach numbers like this, there are always people who help you get there," he said. "I have been lucky enough to have some great teammates and line mates over the past two years, who have really made me a better player and pushed me to become an offensively dangerous player."

Obstacles in the road

Despite the fact that Draisaitl had been the highest NHL pick in German hockey history when he went third overall in the 2014 entry draft, he wasn't quite an overnight sensation in the world's top ice hockey league.

After playing 37 games for the Oilers in which he recorded two goals and four assists as a rookie in 2014–15, Draisaitl was sent back to the major junior Western Hockey League where he flourished with the Kelowna Rockets, scoring 53 points in the final 32 games of the season. 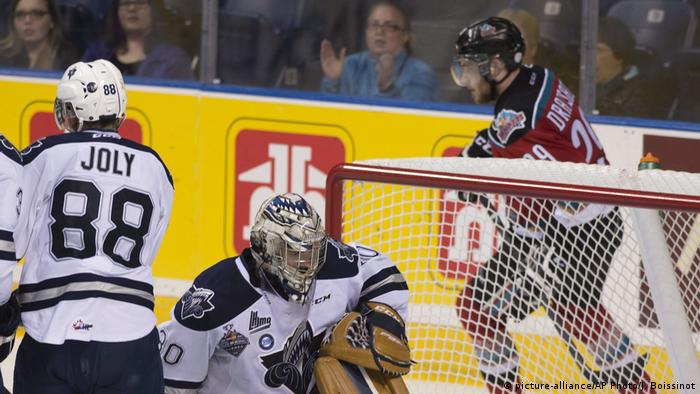 Draisaitl (right), seen here scoring in the Memorial Cup, helped the Kelowna Rockets to a WHL title in 2015

When the start of the 2015-16 season rolled around, Draisaitl was back in the pros, but assigned to the Bakersfield Condors, the Oilers farm team in the second-tier American Hockey League (AHL). After just six games in the AHL, though, he was back with the big club to stay.

Looking back as winner of the Art Ross, Draisaitl believes being sent back to juniors was a blessing in disguise.

"I wasn't ready (for the NHL) at the time," he said bluntly.

Asked what advice the NHL's top scorer would give Tim Stützle, who is expected to go very high in next month's NHL draft — or any other promising Germans for that matter — Draisaitl said they should simply focus on developing at their own pace.

"He [Stützle] might come in and be ready to play big minutes and make an impact and contribute to that team [that drafts him]," Draisaitl said.

"But if there's one piece of advice that I might be able to give him, it's that it's okay to take a step back. In the long run it was the best thing for me to be sent back to the juniors and even start the next season in the AHL, so sometimes it's a good thing to take a step back and develop at your own pace."

A 'golden generation' of German hockey?

With Moritz Seider having gone sixth overall in last year's NHL entry draft and Stützle and a couple of other Germans expected to be high picks in June, Draisaitl was asked if a "golden generation" of German hockey players just might be emerging. 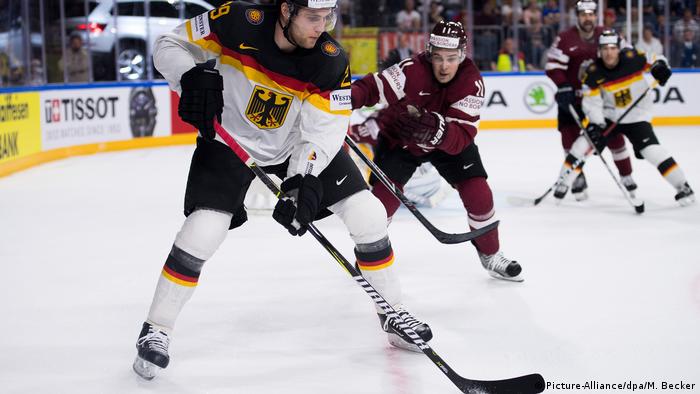 "I think we're trending in the right direction," he said. "Germany's just not a big hockey country, but we can still become a very solid hockey country that develops good young players and I think the last three or four years we have done a really good job of that."

Finishing as top scorer also makes Draisaitl one of the favorites to win the Hart Trophy as the most valuable player in the NHL's regular season. While it would also make him proud, the German said he wasn't focused on that.

"Obviously, it's a cliché but it is true at the end of the day. There are a lot of things in my game that I can improve, so I am looking to do that every year," he said.

Draisaitl's thoughts are also on the postseason, one the NHL hopes can start in the summer. Draisaitl confirmed that his league has been following the Bundesliga closely in order to learn lessons on how to restart safely during the coronavirus pandemic.

The Oilers are slated to begin their quest for their first Stanley Cup since 1990 with a five-game qualifying series against the Chicago Blackhawks. Recent years have shown that any team that gets into the 16-team playoffs has a chance of winning the Cup – but if they are to pull it off, the Oilers will need their German star to pick off where he left off before the pandemic stopped play.

The Edmonton Oilers have signed Leon Draisaitl to an eight-year contract that will make him one of the NHL's top earners. The deal could also put him on a course to become just the fourth German to win the Stanley Cup. (17.08.2017)

Germany's Marco Sturm: 'We really need to forget about the Olympics'

Germany's hockey team will have a different look at the world championship. Some who won Olympic silver are out and a couple of NHL stars are back. Coach Marco Sturm spoke with DW about his team's prospects in Denmark. (04.05.2018)

He's here, and not a moment too soon. Leon Draisaitl has arrived in Germany and was on the ice for their win over Italy. Some home cooking could help him recover the energy lost in the NHL playoffs. (14.05.2017)