Thuringia to check potential neo-Nazi connection in second child murder | Germany | News and in-depth reporting from Berlin and beyond | DW | 14.10.2016

The discovery of a neo-Nazi's DNA near the body of a murdered girl has authorities re-examining other crimes from the past. The state of Thuringia says it will be taking another look at a second unsolved child murder. 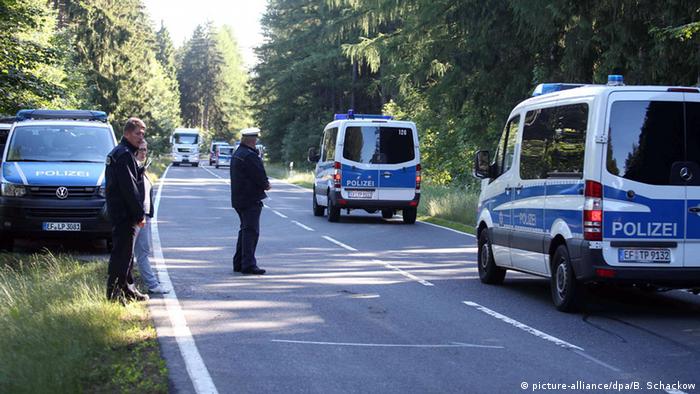 Thuringia state premier Bodo Ramelow has said criminal investigations will be expanded after DNA from the neo-Nazi terrorist Uwe Böhnhardt was linked to the 2001 murder of nine-year-old Peggy K. On Thursday, Böhnhardt's genetic material was found on a piece of cloth secured at the site where the child's remains were discovered in Thuringia. That's caused authorities in Thuringia to reopen another child murder case.

"There was a death of a nine-year-old child in Jena in the 1990s, and Mr. Böhnhardt was one of the names that were looked at," Ramelow said on Friday morning in Berlin. "We're going to have to take a far more thorough look at everything."

In July, 1993, nine-year-old Bernd B.'s body was discovered near the Saale River. No definitive cause of death was determined, but authorities found that there were indications of foul play. Thuringian investigators will now take another look at whether Böhnhardt, a member of the terrorist organization National Socialist Underground (NSU), who was killed in 2011, or other neo-Nazis, may have been involved in that and other crimes. 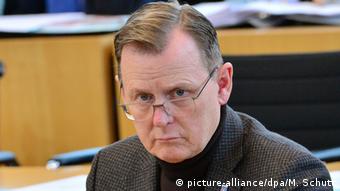 Ramelow says police will be revisiting past cases

"We will be going through all the police case files to see whether there is DNA evidence or indications of connections," Ramelow said. "The issue of the NSU and organized crime will have to be examined in a different light."

Ramelow cautioned that investigations were only beginning and that the DNA possibly linking Böhnhardt to Peggy K. was found on a fingernail-sized piece of evidence. But he also said the genetic material opened up a "new perspective." "Before I engage in wild speculation, I think there needs to be a valid and solid police investigation," Ramelow said. "But I can imagine that there are connections that have previously never been put together."

A body of circumstantial evidence

In a press conference on Friday afternoon, Joachim Herrmann, the interior minister of neighboring Bavaria, where Peggy K. was from, said that Bavarian authorities were also investigating all the evidence in their possession. But he issued a caveat.

"At the moment, the first point of our investigations is to rule out any contamination or mistakes in the recovery of the DNA," Herrmann said. 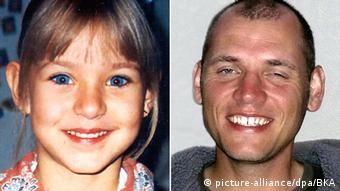 The interpretation of DNA evidence is a complex process, but the president of Germany's Criminal Investigations Office, Holger Münch, said on Friday that it's virtually certain the DNA recovered was an uncontaminated sample from Böhnhardt.

Moreover, there is a body of circumstantial evidence linking the activities of the NSU and pedophilia. Böhnhardt and fellow NSU members Uwe Mundlos and Beate Zschäpe had contact with a neo-Nazi (and government informer) named Tino Brandt, who is currently serving a prison sentence in Thuringia for sexually abusing minors. Brandt has been called repeatedly as a witness  in the ongoing trial of Zschäpe and four others for a series of racist murders between 2000 and 2007.

Moreover, the camper van in which Mundlos shot and killed Böhnhardt and committed suicide in 2011 contained children's toys and at least one article of child's clothing. The origins of these objects have never been determined.

The chairwoman of the NSU Investigative Committee in the Thuringian parliament, Katharina König, has called for the objects in the van to be genetically tested. She also says the scope of all committees dealing with the NSU should be expanded and that authorities should search for DNA evidence of Böhnhardt, Mundlos and Zschäpe in all open murder cases involving children or people with foreign backgrounds.

The DNA link between Böhnhardt and Peggy K. could also have an effect on the ongoing trial of Zschäpe and the other suspected neo-Nazis in Munich. 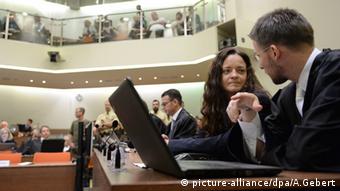 The DNA discovery may give the Zschäpe trial a new twist

On Thursday, victims' attorney Mehmet Daimagüler demanded a genetic investigation of a computer secured in an apartment shared by Böhnhardt, Mundlos and Zschäpe, which reportedly contained child pornography. Daimagüler says DNA tests should be done to determine who knew about and who uploaded the pornographic files.

The presence of Böhnhardt's DNA at the site where Peggy K.'s body was found has astonished even Germany's highest law-enforcement officials.

"It is hard to fathom that there are now suspicions that one of the NSU terrorists might also have been the murderer of little Peggy," said German Interior Minister Thomas de Maizière at a Friday press conference.

Nonetheless, it will take substantial time for investigators to determine whether there was indeed any meaningful connection between the NSU and the murder of one, or more, German children.