Imagine you can help relieve disasters as they happen - by using your smartphone. NGOs have used crowdsourced information to locate vulnerable people for years. But can a mapping app really save lives in times of crisis? 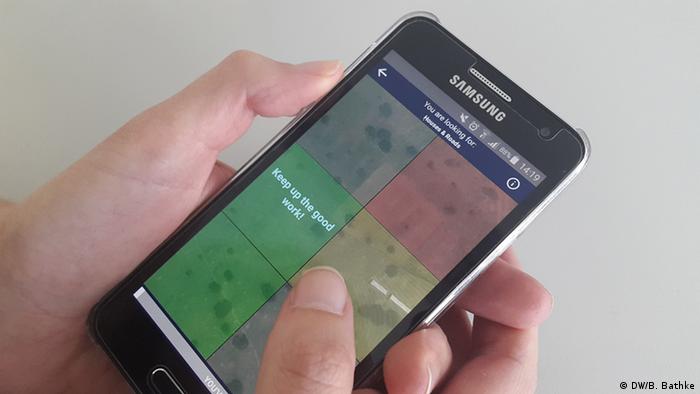 On her smartphone display, Lena Siedentopp is looking at a small stretch of land in rural Nigeria. Seeing a cluster of huts, she taps once - the screen turns green. In the event of a humanitarian crisis, the information she submitted could help an NGO provide quicker aid to people in need.

Lena is trying her hand at MapSwipe, a new mobile app that lets ordinary people become digital volunteers with their smartphones.

"The direction we are going to in emergency response is more and more to include the support from remote communities," said Siedentopp, a member of the International Organization for Migration's emergency response team after the devastating April 2015 Nepal earthquake.

Like Lena, people all over the world can search satellite imagery with the MapSwipe app. By putting huts, roads and bridges on the map, organizations on the ground will know the location of vulnerable people, infrastructure and villages when responding to a humanitarian crisis. That's crucial. When Doctors Without Borders tried to contain a measles outbreak in the Democratic Republic of Congo last year, a lack of up-to-date maps meant hundreds of staff needed to locate population clusters, many of which had shifted since the 2010 census. 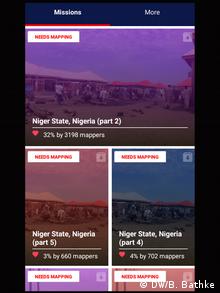 A screenshot of the MapSwipe app

The global mapping community consists of groups like DisasterMappers Heidelberg in Germany, which was founded by students in 2014 at the university's geographical institute. But so far, people needed laptops or desktop computers to map crisis zones.

The small team had the idea for MapSwipe last year when they realized how long it took to locate isolated buildings in sparsely populated areas via satellite imagery.

Led by researcher Benjamin Herfort, the disaster mappers proposed the concept to the Missing Maps Project last year. The coalition of NGOs including the American Red Cross and Doctors Without Borders then turned the MapSwipe app into reality.

Although the app was released just a few weeks ago, Herfort said it already has more than 8,000 users who have worked on 15 projects in countries including the Democratic Republic of Congo (DRC), Mali and Nigeria. The South Kivu province in DRC, for instance, is completely mapped thanks to 1,608 volunteer mappers. Another project, the West Africa Borders map, is at 31 percent at the moment with 1,832 contributors. Five to 10 people view each map section - about 16 hectares - to improve the accuracy of the data. If a sector gets too many "Maybes," Herfort said, the number of views is raised.

And what happens after a map has been completed?

"We then we need to map the buildings and add all the information related to the buildings," said Herfort, who specializes in volunteered geographic information (VGI). "For example, whether a building is a school or a fuel station."

That's where locals come in: unlike remote mappers, they know the area intimately. Once that information is added, the data is included in the Open Street Map, a huge world map available online, which everyone can contribute to. It has been used in every major humanitarian crisis since the 2010 earthquake in Haiti. 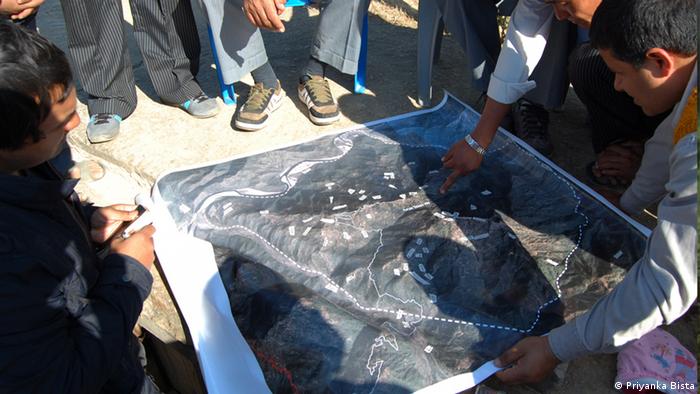 Locals in Kurule-Tenupa, Nepal, participate in a mapping workshop

In addition to its pre-emptive use, Herfort said MapSwipe can also be used to locate damaged infrastructure and buildings during and after a crisis. This so-called disaster mapping is the most recent trend within the volunteered geographical information movement.

"In emergencies, people can use their mobile phones and do their bit to alleviate hardship," Greve told DW. "Mobile phones may be small devices, but there are very many of them."

According to Greve, a lack of up-to-date road maps for heavily populated areas kept emergency response teams in Haiti and Nepal from finding victims sooner. Vague information is better than no information.

"Even if people just map infrastructure after the disaster and say here are some bridges and here are paths that might be useful for vehicles, that is helpful," he said.

Can disaster mapping live up to its potential? 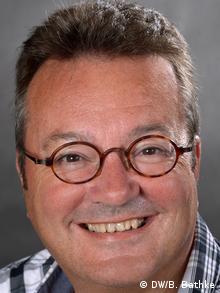 In spite of its promising start, MapSwipe has yet to prove itself during a disaster, when ensuring quality control to minimize the risks of incomplete or false information will be challenging.

Klaus Greve warns that without proper integration into the larger relief effort, data won't be actionable for first responders.

"If a disaster happens and thousands of people want to help and contribute, it will be a great challenge to coordinate that information," he said.

But if projects like Open Street Map, which has been around for a decade, are an indication of the potential of large-scale crowdsourcing for disaster relief, MapSwipe could actually help humanitarian organizations save lives.

A new report surveyed refugees in Greece, Jordan and Turkey to find out how they used digital technology, as well as talking to initiatives using tech to help refugees. Here's a summary of the report's findings. (01.07.2016)

How technology can change the refugee crisis

3D printing of artificial limbs, skyping with a doctor 3,000 kilometers away, or simply reconnecting with the family – for refugees, digital services hold solutions for their pressing needs. (31.05.2016)