People in the three Baltic states of Latvia, Estonia and Lithuania will recall one of the region's darkest hours, the Soviet deportation of thousands of ordinary families four years after the end of World War II. 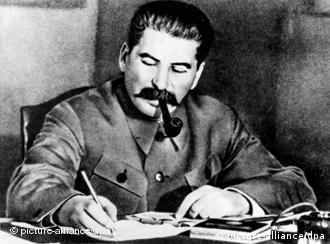 Stalin signed off on the deportations of thousands of Estonians, Latvians and Lithuanians

The March, 25, 1949 deportations saw people seized from their homes without warning and transported, literally like cattle, to the frozen ends of the earth, marking one of the lowest points even by the standards of the Soviet Union's oppressive history.

In a short period of time, around 100,000 Estonians, Latvians, Lithuanians were sent to Siberia in cattle trucks to scratch a living from the permafrost in labor camps. Some died on the way, some died as the years passed - and a few made it home.

Among those was Juozas, an elderly Lithuanian in Riga who was urging passers-by to visit a new photography exhibition at the Latvian Photography Museum titled "Siberia 1949-1989" which traces the lives and deaths of deported Balts.

"People should come to see what life was like. It is important that we remember these things so that they do not happen again," he told the DPA news agency.

Having spent nearly 40 years in Siberia, he now relishes the freedom that allows him to travel between his adopted home in Latvia and his original birthplace in Lithuania since both countries became EU members in 2004.

Deportation on the whim of a dictator

The "crime" for which most deportees were punished was either nonexistent or a vague suspicion of potential disloyalty to the Stalin regime. 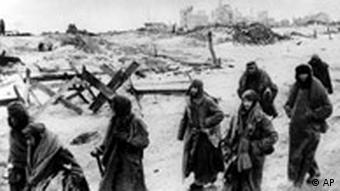 The German invasion of Russia delayed the first deportations

A first wave of deportations of "enemies of the state" took place in 1941 but was interrupted by Nazi Germany's invasion of Russia, breaking the infamous Molotov-Ribbentrop pact which had consigned the independent Baltic States to the Soviet sphere of influence.

With the defeat of Nazi Germany and the re-occupation of the Baltic States by the Soviet Union, an even more savage round of deportations was launched.

More than two years in the planning, the 1949 operation was carried out on a massive scale.

For example, in Estonia around 3 per cent of the entire population was seized in less than a week. More than three-quarters of Estonian deportees were women and children. Some were even deported for a second time after being allowed to return home at the end of the war.

The Communist Party said the actions were needed in order to "eliminate the kulaks (wealthy peasants) as a class."

Sixty years is a long time, but rather than fading from memory, there are signs of renewed interest in the events of 1949.

In addition to numerous memorial services, a new exhibition about the deportations has just opened at the Museum of the Occupation of Latvia. The museum also produced a new documentary film on the period. 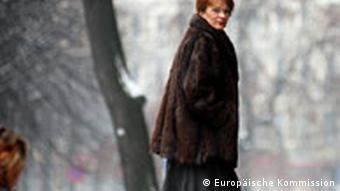 Latvian Member of Parliament and former EU commissioner Sandra Kalniete was born in Siberia after her parents were deported from their homeland.

"There is little knowledge about what really happened behind the Iron Curtain in the Baltic States. It needs to be brought to light and condemned," she told dpa.

Kalniete said she was encouraged by the fact that the events were being marked in European forums.

On March 23 at the opening of the European Parliament's Strasbourg plenary session, the parliament's President Hans-Gert Poettering made a special declaration recalling the deportations.

"This is not a distant and obscure past; it is still very much a living memory in the minds of many people who are citizens of the European Union," Poettering said, describing condemnation of the Soviets' crimes as "our moral obligation and a fundamental duty as Europeans."

"It is important that the suffering endured by the victims is acknowledged at the European level, not just at the national level," Kalniete agreed. "My parents were deported, and my grandparents perished in Siberia. I will be marking the day by laying flowers at the Latvian Freedom Monument."

As the war between Georgia and Russia entered its fourth day, a war of words broke out across Europe, with some in former Soviet satellite states said Russia is returning to its Cold War tactics. (11.08.2008)

Putin Accuses Europe of Ignoring Nazism in the Baltics

In a speech to the European Jewish Congress on Wednesday, Oct. 10, Russian President Vladimir Putin said he is dismayed by Estonia and Latvia's glorification of Nazism. Europe needs to take notice, Putin said. (11.10.2007)