Threat from drug-resistant malaria is 'immense' 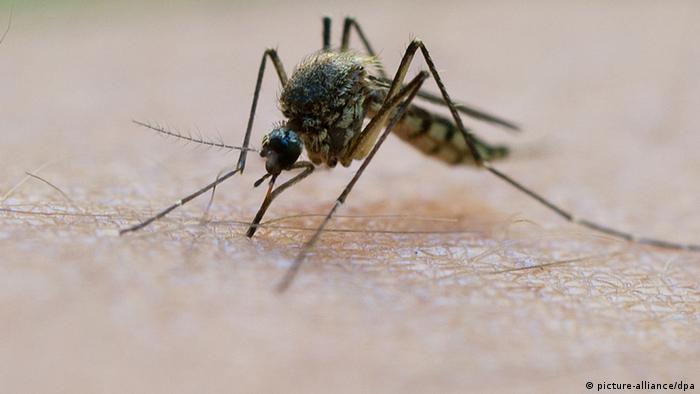 The study, carried out by the Mahidol-Oxford Tropical Medicine Research Unit, concluded that the strand of the disease that is resistant to the world's most effective antimalarial drug - artemisinin - is now firmly established in border regions in four Southeast Asian countries. The scientists analyzed blood samples from over 1,200 malaria patients in 10 countries across Asia and Africa and found that Plasmodium falciparum, which is the most deadly form of the malaria-causing parasite and resistant to the treatment drug, is now common in parts of Thailand, Cambodia, Myanmar and Laos.

Reassuringly, researchers found no signs of resistance in the three African sites included in the study: Kenya, Nigeria and the Democratic Republic of the Congo. However, there are signs of emerging resistance of the mosquito-borne disease in central Myanmar, southern Laos and northeastern Cambodia. The researchers said doubling the course of antimalarial treatment, from three days to six, could help fight the resistance problem, but time was short. Malaria killed an estimated 627,000 people in 2012, mostly African children, according to the WHO.

Elizabeth Ashley, a clinical researcher at the Bangkok-based Mahidol Oxford Tropical Medicine Research Unit, says in a DW interview that if artemisinin resistance reaches India and Bangladesh, then the spread to Africa will become impossible to contain.

DW: How big a threat do the new drug-resistant malaria parasites pose?

Drug-resistant malaria parasites have spread to critical border regions of Southeast Asia, seriously threatening global malaria control and elimination programmes. The threat is immense. We have seen childhood mortality rise in Africa following the spread of chloroquine resistance before. Should artemisinin resistance reach the African continent we can only assume morbidity and mortality from malaria would rise once again. 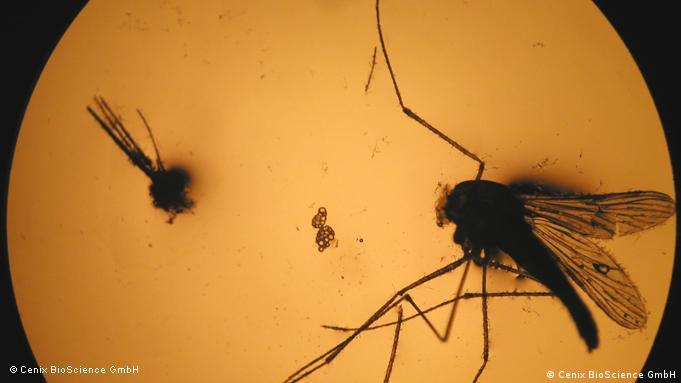 The study analyzed blood samples from over 1,200 malaria patients in 10 countries across Asia and Africa, says Dr. Elizabeth Ashley

What makes this disease so dangerous?

Although there has been a substantial reduction in the number of people falling ill and dying from malaria - with approximately 3.3 million deaths prevented since 2000 - it is estimated that more than 627,000 people still die from the disease each year, most of them children under five years of age living in Africa. We believe that only a small proportion of these deaths are from drug-resistant malaria. The usual reason falciparum malaria kills people is because they are diagnosed late in the course of the infection.

Researchers also found that patients who had slow clearing infections were also more likely to have parasite stages which can infect mosquitoes. This suggests that artemisinin-resistant Plasmodium falciparum parasites have a transmission advantage over parasites that are not resistant, which drives their spread.

What can people do to protect themselves?

The best advice is the same against all malaria: to seek early diagnosis and treatment as soon a symptoms appear, if people live in areas where malaria is endemic. They should also return to seek medical advice if their symptoms recur soon after treatment. Bed-nets are recommended but are not always protective - for example in Southeast Asia where the mosquitoes often bite in the early evening.

How did the parasite develop a drug resistance?

Celebrating a new treatment for malaria is one thing. Celebrating a new way to infect people with the parasite is another. But researchers say injecting volunteers with malaria yields better results. (29.07.2014)

Most malaria vaccine candidates work by preventing parasites from entering human red blood cells. A newly discovered antibody takes a different approach: it traps the parasites inside the cells. (22.05.2014)

How would you assess the risk of this drug-resistant disease spreading beyond Southeast Asia?

Artemisinin resistance is spreading inside Myanmar. If it reaches India and Bangladesh, then the spread to Africa seems inevitable as it will become impossible to contain. The failure to contain it in western Cambodia suggests time is running out.

How were you able to determine how far the disease has spread so far?

The study was conducted by the Tracking Resistance to Artemisinin Collaboration (TRAC) who enrolled 1241 infected adults and children at 15 trial sites in ten malaria-endemic countries between May 2011 and April 2013. The TRAC partners examined the different patient responses to artemisinin treatment; patients received a six-day regimen, three days of an artemisinin derivative and a three day course of artemesinin combination treatment (ACT).

Patients' blood was analysed to measure the "parasite clearance half-life" or rate at which the parasites are cleared from a patient's blood. Malaria infections that were slow to clear were also strongly associated with a single point mutation in a Plasmodium falciparum gene called kelch 13, an important validation of the recently discovered genetic marker (k13) in the DNA of the malaria parasite.

Is this malaria strand already active in other parts of the world?

Plasmodium falciparum malaria is present across Asia, Africa and northern regions of Central and South America, but there is no good evidence of artemisinin resistance outside Asia at present.

The greatest threat is that resistance will spread again from Southeast Asia into Africa. Urgent action is needed to contain the spread of resistance from Myanmar into neighbouring Bangladesh and India.

What must be done to contain the spread of the disease?

There needs to be high-level political commitment for containment efforts to succeed. Artemisinin resistance should be seen as a problem for all malaria endemic countries and not just those where it is an established problem. 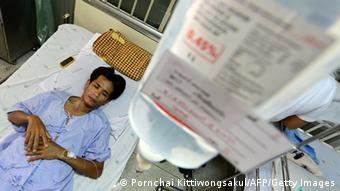 Ashley says that if "artemisinin resistance reaches India and Bangladesh, then the spread to Africa will become impossible to contain"

Ideally countries would work together towards a common goal of the elimination of artemisinin resistant malaria and ultimately all malaria - more like the approach to polio eradication. Of course, the prospect of actual elimination of malaria is still very far away in places where the disease burden is high. Innovative approaches may be needed to eliminate drug resistant malaria which should be tailored according to the setting.

These could include radical measures such as population screening and treatment. As our understanding of the recently discovered molecular markers increases, surveillance should get easier and we should be able to track the resistant parasites more quickly and easily, enabling interventions to be targeted.