Thousands evacuate Düsseldorf after discovery of WWII bomb | Germany| News and in-depth reporting from Berlin and beyond | DW | 09.03.2017 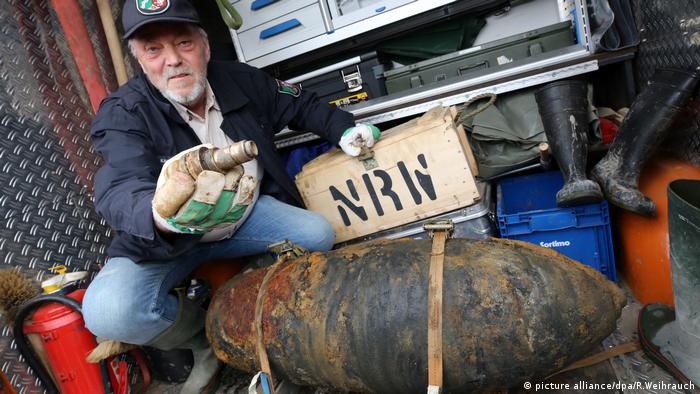 Experts successfully defused a five-ton WWII bomb in Düsseldorf on Thursday after its discovery prompted the evacuation of 8,000 people.

Authorities shut down a major motorway, air traffic from Düsseldorf airport as well as railway lines.

One hour after experts went in the fire department announced the success. "All clear! The bomb is defused, the closures are lifted," the fire brigage posted online.

The city of Düsseldorf posted updates to residents on Twitter and warned residents "there is no guarantee that the bomb will not explode in the process (of defusal)."

Those evacuated included a hotel with 250 guests.

The cordon caused major traffic delays in the city.

"Traffic is growing, but the situation is not yet catastrophic, but it is foreseeable that problems will occur in the coming hours," a spokesman for the police told regional daily "Rheinische Post."

Some residents posted images of the situation on social media.

Three WWII bombs were also causing headaches in the nearby town of Moers on Thursday morning.  The scheduled defusal of one American bomb and two British bombs found on Monday caused the evacuation of more than 400 people and caused traffic delays.

The previous weekend authorities in the nearby town of Ahrweiler defused a 250-kilogram (550-pound) American bomb after about 3,600 fled the city.

The discovery of unexploded bombs left over from WWII is a frequent occurence in Germany. On Christmas Day 54,000 people were forced to evacuate the city of Augsburg following the discovery of a 1.8 metric ton British bomb. Construction work often unearths the devices.