At least one person has been killed after a bomb dating back to World War II went off near the western German city of Bonn. The explosion was reportedly triggered by an excavating machine. 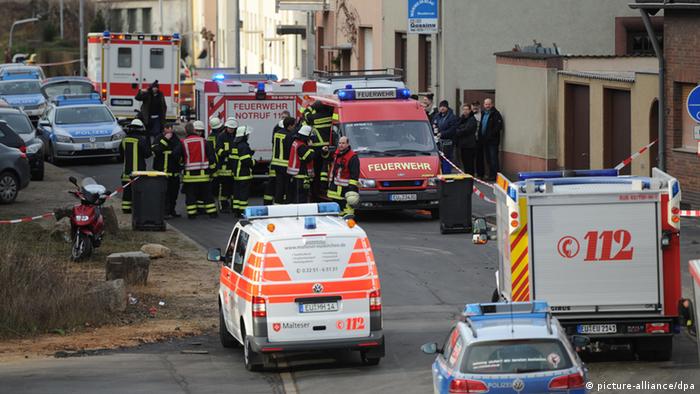 The German news agency DPA quoted a police spokesman who said the explosion, which occurred in the town of Euskirchen, about 27 km (16.77 miles) west of Bonn, on Friday, appeared to have been caused by a bomb left over from World War II.

The explosion was triggered by the shovel of an excavator machine which was being used to dig up an area in an industrial area of the town. The excavator's operator was killed in the blast, while eight other people were wounded, two of them seriously, the police spokesman said.

Dozens of users, some more than 20 kilometers away from Euskirchen, reported hearing the explosion. Others posted photos of shops which had their windows blown out by the force of the blast.

Unexploded bombs left behind from World War II are still discovered frequently in Germany, but it is rare for them to go off causing injury or loss of life. Most are safely defused by bomb experts, with local residents evacuated as a precaution. When a bomb proves impossible to defuse, experts conduct a controlled explosion.