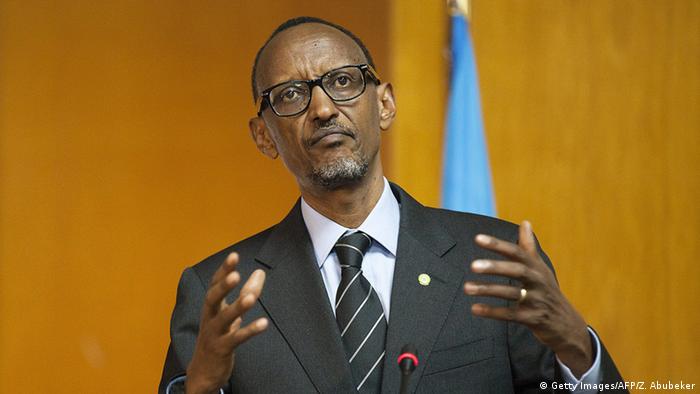 President Paul Kagame has not said directly that he wants to run for a third seven-year term. But he has said that he is open to persuasion that the two term limit on presidents needs to be changed.

Kagame's Rwandan Patriotic Front (RPF) had called for the constitutional change and more that 3.7 million people, more than half of the electorate, signed a petition backing a possible amendment.

Members of parliament voted to back that petition, according to parliamentary speaker Donatille Mukabalisa, who said a referendum would now be called over whether to amend the constitution.

No date has been set for the referendum.

Parliament was packed to capacity on Tuesday (14.07.2015) with both houses holding separate parallel debates. Nkusi Juvenal, a member of parliament for the Social Democratic Party (PSD) said "3.7 million Rwandans have spoken, we have no option but to listen to their pleas."

But Rwanda's tiny opposition Green Party said the vote in parliament was premature. The party had submitted a complaint to the Supreme Court arguing that the current term limit of two terms was inviolable.

"We are disappointed that parliament could not wait for the Supreme Court ruling on July 29," said Green Party leader Frank Habineta.

Kagame has been at the forefront of Rwandan politics since 1994, when an offensive by his RPF rebels put an end to the genocide by Hutu extremists that left an estimated 800,000 people dead, most of whom were Tutsis. 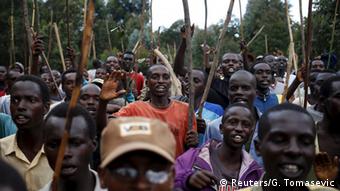 Kagame's government is credited with turning around Rwanda's economy since the genocide but critics say he is an authoritarian ruler who does not tolerate opposition.

Meanwhile African heads of state who pursue third terms are being seen in a more critical light than in the past.

Burundi descended into turmoil in April 2015 when President Pierre Nkurunuziza announced that he was seeking a third term. The move triggered street protests and was branded by his opponents as unconstitutional and in violation of a peace deal.

In the Democratic Republic of Congo (DRC), tensions have been rising since dozens of people died in violent protests in January against a new electoral law which critics say could allow President Joseph Kabila to hold on to power beyond the end of his second term. DRC's constitution imposes a two term limit on presidents.

Rwanda shares borders with Burundi and the DRC.

Rwanda's intelligence chief Karenzi Karake has been arrested in Britain on a warrant issued by Spain for alleged war crimes. The government in Kigali has reacted by describing the detention as an "outrage" and "lunacy." (23.06.2015)

Germany and Rwanda share close relations. On several occasions, Berlin was warned in advance of the 1994 Rwandan genocide but did not react. Opposition parties are now calling for a re-examination. (17.06.2015)

France has decided to declassify documents relating to the 1994 genocide in Rwanda. Relations between the two countries remain strained over Kigali's claim that Paris played an indirect role in the atrocity. (07.04.2015)