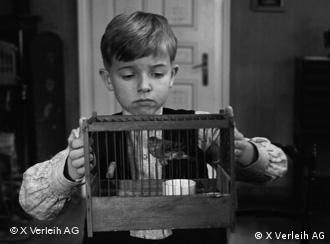 Haneke's film missed out on an Oscar earlier this year

Director Michael Haneke's film about repression and violence in a northern German village just before the outbreak of World War I, walked away with 10 awards, including best film, best director and best screenplay at the gala awards ceremony in the German capital.

'The White Ribbon' was nominated for best foreign language film and best cinematography at the Academy Awards this year but failed to win an Oscar. However, it has bagged a Golden Globe, the Golden Palme in Cannes and the European Film Prize. 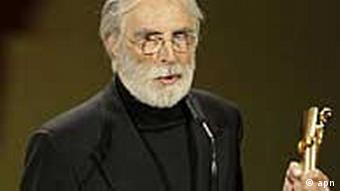 Accepting the Lolas, as the awards are known, Haneke said: "Thank you for the awards that have been showered on our film."

Among the deluge of awards for the film was the Lola for the Best Female Supporting Actor Award for 16-year-old schoolgirl Maria-Victoria Dragus. The film's lead actor Burghart Klaussner took home Best Actor prize.

Sibel Kekilli, an award-winning German actress of Turkish origin, won the Best Actress Lola for her role as a battered wife in Feo Aladeg's 'Die Fremde' or 'When We Leave.'

German director Hans-Christian Schmid's 'Storm', a political drama about the war crimes trial of a Yugoslavian commander, bagged three prizes, including the silver Lola and awards for editing and the Best Score.

The German Film Academy also honored Bernd Eichinger, producer of some of the most successful German films, including 'Der Untergang' (The Downfall) and 'Der Baader Meinhof Komplex' (The Bader Meinhof Complex), with an award for outstanding contribution to German cinema.

A Korean film about a forgotten massacre

Not many people have heard of the alleged massacre that took place in the South Korean village of No Gun Ri. Now a new South Korean film is depicting the incident. (19.04.2010)

The film “Soul Boy”, directed by Hawa Essuman, was shown simultaneously in Bonn and Berlin on 26 February 2010 and marked the launch of the special project “FilmAfrica!”. (14.03.2010)

The Berlin International Film Festival's top accolade has gone to a touching tale of a young boy and his father, a beekeeper, whose existence is threatened by the sudden disappearance of the bees. (21.02.2010)