The Werther effect: Will '13 Reasons Why' spur suicides?

Youths often consume TV unsupervised and shows like "13 Reasons Why," about the suicide of a high school girl, can lead to copycat behavior, expert Markus Schäfer told DW. He recommends less media coverage of suicide. 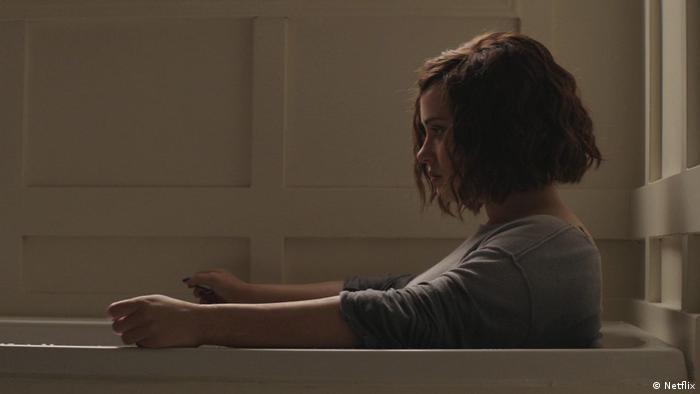 The explicit depiction of a suicide as the logical conclusion of tragic circumstances in the Netflix series "13 Reasons Why" violates nearly all guidelines concerning how suicide is covered in the media. Institutes such as the Australian Headspace, which focuses on mental health, and the German Association for Suicide Prevention fear the series could boost copycat suicides.

The term "Werther effect," named after the protagonist in Johann Wolfgang von Goethe's novel "The Sorrows of Young Werther," was coined to describe the phenomenon that humans tend to copy behavior - whether healthy or destructive. Copycat suicide is an example of one of its most extreme forms.

In Germany, for instance, following the suicide of German Bundesliga goalie Robert Enke in November 2009, there was a dramatic jump in the number of suicides nationwide. Within four weeks of Enke taking his own life, there were 130 suicides more in Germany than expected, and most of them were men.

Now, with the streaming of the Netflix series "13 Reasons Why," mental health experts fear a new suicide wave.

In his own work, communication scientist Markus Schäfer has focused on the connection between suicide and its depiction in the media. DW spoke with him about the Netflix series and the Werther effect.

DW: Critics say that the Netflix series "13 Reasons Why" could motivate suicidal people to take their own life. How dangerous is the series? 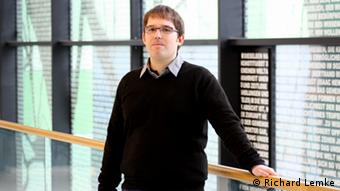 Markus Schäfer: What is dangerous is the detailed depiction of the suicide and the simplification of its causes. This is where the mechanism of social learning comes into play that we are all familiar with: We watch videos on the internet to learn how to apply makeup, play the guitar, or tie a necktie knot. People learn new forms of behavior via media content.

In the case of suicide, people could possibly learn about ways of committing the act, or what motivates the act, such as "due to romantic sorrows" or "because of bullying." What is problematic is when the reasons for a suicide are simplified or responsibility is pushed onto someone else - which is what happens in the series. Healthy people can deal with struggles.

People who commit suicide almost all have some sort of mental illness. People who are in acute suicidal crises are torn between the wish to live and the wish to die. Directions or references within these peoples' surroundings can have a huge impact. Depictions in the media can contribute to whether it goes in one or the other direction.

How should people working in the media address suicide?

Keeping the subject taboo is not a good idea. Suicide is unfortunately a part of reality. In Germany, there are some 10,000 acts each year - that's more than deaths from traffic accidents, AIDS and drugs combined. (Eds.: Sourced from the Federal Department of Statistics for the year 2015; statistics are always published in the subsequent year.) The statistics show just how relevant the topic is.

But filmmakers should send the message that suicide can be prevented. The complexity of a certain situation should be depicted. If the series were based on a true story, then the main character would surely have been mentally ill. To depict it in such a way that someone was forced into committing suicide is counter-productive in terms of suicide preventation.

The Netflix series has come under massive fire. However, the eponymous book by Jay Asher is sometimes used in school classrooms to draw students' attention to topics such as bullying and sexual violence. Why is the television series so controversial? 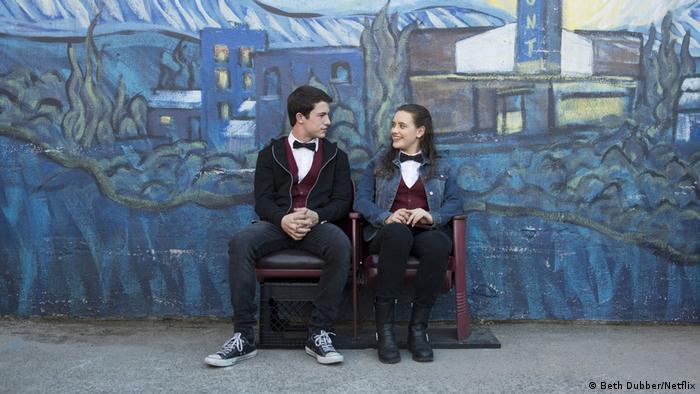 The show was based on the book "Thirteen Reasons Why"

Because of its scope of influence. Television draws more attention than literature does. And watching television is often not done under the supervision of teachers or parents. Young people, to whom the series is geared, can isolate themselves - leaving them alone to deal with the content. But the basic principle is the same: Whether it's a series, a book or a newspaper article, modes of behavior can be learned from that content. Whether or not "13 Reasons Why" will spark a Werther effect can only be learned two years from now, when officials statistics are released.

Has the Werther effect been scientifically substantiated?

Yes, it's a fact. The term was named after Goethe's book "The Sorrows of Young Werther," published in 1774. In it, two suicides are explicitly depicted. Goethe himself was shocked over the people who later took their lives in the way that his Werther did - sometimes even with Goethe's book held in their hands. He even rewrote the book. And in Milan, it was banned.

Meanwhile, there have been many studies around the world that have addressed the subject. Studies also began in the 1980s here in Germany, partly prompted by the television series "Tod eines Schulers" (Death of a High School Student), in which a teenager throws himself in front of a train. There was a massive rise in the number of train suicides in that same year.

Which guidelines should journalists adhere to when it comes to reporting on suicide?

The problem is that even journalists frequently consider suicide to be a "matter of public interest." Sometimes, it's better not to report on it. My advice is to ask the question: Would I have reported on the cause of a death - say, a heart attack - in the same way? Since 2008, the World Health Organization has published guidelines concerning media reporting that are based on the findings of studies about the Werther effect. Unfortunately, I fear that these guidelines are not very well known. Personally, I think two things are very important. Firstly, that journalists and TV makers are aware of the Werther effect and that they deal with the subject in a responsible way. Secondly, that suicidal people understand that alternatives to suicide are always available.

Markus Schäfer studied journalism, psychology and political science in Mainz and Geneva. He has worked as a research scientist at Johannes Gutenberg University in Mainz since 2011.

An international reference guide can be found at the International Association for Suicide Prevention website.

Amazon is releasing worldwide and in many languages its first original German series, "You Are Wanted," a thriller about data theft with popular actor Matthias Schweighöfer. (17.03.2017)

Netflix to take down controversial ads in Germany