The Vatican used to be able to count on Irish clergy to follow the rules. But now a group of Irish priests are openly questioning the Vatican's conservative approach to Catholicism, despite the threat of excommunication. 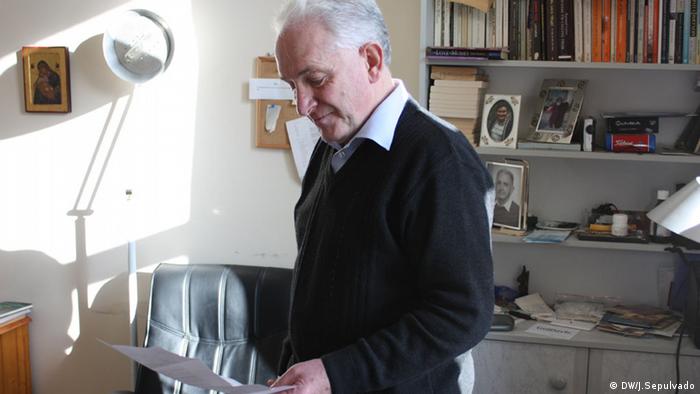 On Sunday, January 20, during a news conference in Dublin, Father Tony Flannery became the unlikely face of the modern Irish Catholic. Unlikely, because Flannery supports allowing women and married men to become priests. He embraces the role of lesbians and gays in the Catholic Church. Flannery also questions the legitimacy of the Vatican's hierarchy, and he warns that unless power is decentralized and free thought is encouraged, church attendance in Ireland will continue to stagnate.

These views would seem to be counter to the regular average Irish churchgoer, who, according to numerous polls and surveys, is older and slightly more conservative than the general population.

But Flannery has been embraced. The well-known 66-year-old Irish priest has been inundated with e-mails, texts and handwritten letters from supporters all over the country.

"The support is overwhelming," Flannery told DW. "When you think of the effort it takes to write a letter ... I do not feel like I will be isolated should I be forced to leave."

Flannery, who resides at the Redemptorist Esker Monastery in the West of Ireland, maintains that if he doesn't sign a statement reversing his positions, the Vatican has threatened excommunication. Several Irish newspapers, quoting unnamed Vatican officials, report there is no threat of excommunication.

Yet, the Vatican did excommunicate an American priest in 2008 for taking the same public position on women serving as priests. Through letters and intermediaries, the Vatican has denounced Flannery's theological views, and have stripped him of his ministerial duties. Catholic Church leaders are also pressuring Flannery to disband a liberal organization he leads. 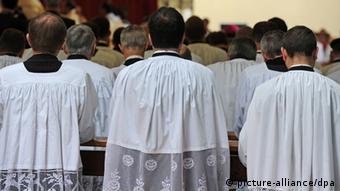 Catholic clergy is expected to tow the Vatican's line

The Association of Catholic Priests, founded just over two years ago, now reports to have more than 1,000 members. Flannery is a founder of the organization.

"I will not be terrified into submission," Flannery has repeatedly said.

Meanwhile other high profile Irish priests, both in the country and abroad, are also speaking out against the Vatican's handling of the Flannery case, and more than a thousand Irish Catholics have signed a petition to have Flannery reinstated as a priest.

Flannery says since he's gone public with the theological differences, the Vatican has yet to contact him or respond.

"I won't hear from them," Flannery told DW. "If something is to happen, one day I'll just be asked to leave [the monastery]."

Flannery represents a significant change in Irish religious culture. Ireland used to be a reliably Catholic country. Couples couldn't legally use birth control until 1980, and even then access to reproductive health was heavily regulated. Divorce was prohibited in Ireland until 1995. Homosexuality was illegal until 1993. Abortion is still illegal.

Yet, in the next year, limited abortion rights are expected to be legalized. Earlier this year, Irish judges laid the legal foundation for a later challenge to the state's ban on assisted suicide. Homosexuals are allowed civil partnerships, and divorce is becoming more common.

There has also been great public anger and disappointment directed towards the Church after the child sex abuse scandal was exposed in Ireland. 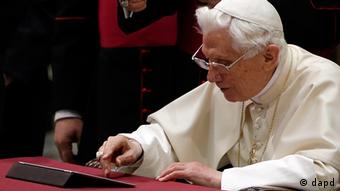 Flannery views the church as being out of touch

While conservative Catholics acknowledge there has been a shift in Irish society, they criticize Flannery for going too far in his theology. Flannery has expressed support for a less centralized Catholic Church, and he refers to the Vatican as "the Official Church," suggesting there is a split inside the body.

"He is calling into very serious question whether Jesus intended for a hierarchical church," Quinn said. "And if he's doing that ... [it's] just not a Catholic understanding."

That's what's worrying for Irish religious conservatives: Flannery's theological challenge to the Vatican represents a significant change to what it means to be Catholic. And the support he's receiving suggests the once steadfastly Catholic Irish public is also ready to consider that change.

In many African countries church organizations show little understanding for calls for greater rights for homosexuals, a stance which also influences political decisions. Malawi is a case in point. (27.11.2012)

An Irish priest vs. the Vatican