The V-2: the first space rocket

One of the most dangerous weapons during the Nazi regime was built in Peenemünde: the V-2 rocket - the second German "Vengeance Weapon," developed by Wernher von Braun, that killed thousands. 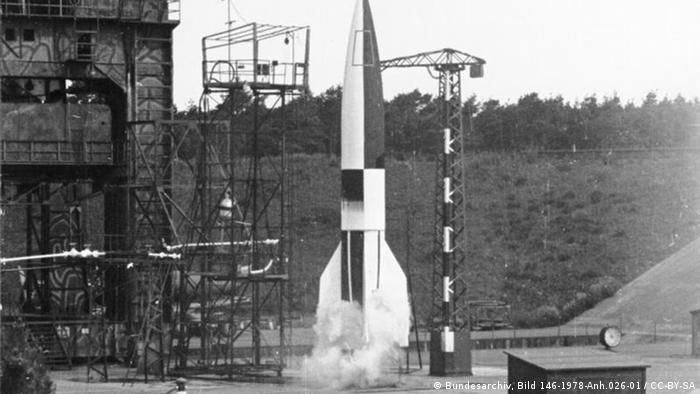 October 3, 1942: For the first time in history, a missile makes it to outer space - from Peenemünde, on Usedom, an island in the Baltic Sea. The first successful launch of the Aggregat 4 rocket (A4) was one of the most dangerous technical breakthroughs at the time. The rocket reached four times the speed of sound, was able to transport explosives and is considered the prototype for all modern military and civilian booster rockets. It was in the harbor village of Peenemünde that German engineers, physicists and military personnel developed the so called "Vengeance Weapon" or V-2, the better-known name of the A4. Today, the former Nazi area has been turned into a museum.

The Peenemünde Historical Technical Museum (HTM) contains documents, original rocket parts, interviews with witnesses and documentary films. Right at the museum's entrance, visitors can spot the cigar-shaped A4 rocket. The HTM is the largest technical monument in the state of Mecklenburg-West Pomerania and one of the biggest German museums and centers of attraction for people from all over the world. Some 200,000 people visit the site every year. 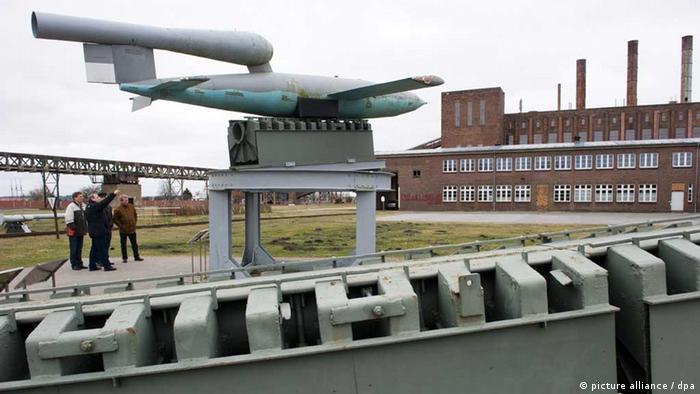 The Nazis started building the production facility at Peenemünde in 1936 and temporarily employed up to 15,000 people - mostly forced and foreign workers. There was a tram on site that departed every five minutes. Scientists developed a high-duty motor under the direction of physicist Wernher von Braun that could transport one ton of explosives. Von Braun was given a professor title by Hitler, which was never revoked - not even in the US, where von Braun became NASA's deputy director in the 1970s.

"Scoffers say that he should be named Professor h.c. - but instead of honoris, it should be hitleris causa," historian Hans Knopp said as he guided visitors through the exhibition.

Nazi propaganda named Pennemünde's rocket the "wonder weapon." But instead of wonders, it brought death and destruction to many cities and countries. About 25,000 V-1 and V-2 missiles were fired on cities in Belgium, Britain and France. However, they couldn't change the course of war. During production, more than 20,000 people died - again, mostly laborers forced to work at the site. This means that production resulted in more victims than the bombing itself. 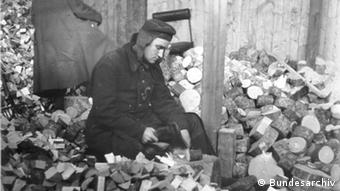 It was mostly slave laborers responsible for production

"Peenemünde was the first large-scale research project in the world," said the museum's curator Christian Mühldorfer-Vogt. Far away from major cities, the Nazis constructed rockets and successfully tested them at the Pomeranian Bay. Peenemünde certainly was a "Janus-faced place of technological progress," Mühldorfer-Vogt said. It offers evidence of technical developments previously unimaginable, but at the same time it showcases the Nazi's aspiration to gain world power and their contempt for other human beings.

Peenemünde, however, is now hardly remembered as a major military project, but as humankind's first stop on its way to the moon. Until the 1990s the municipality had been advertising this place as the gate to outer space. "The cradle of missiles became the victims' coffin" warns a small sign in front of the chapel opposite to the museum's entrance. It's one of the few buildings that are still standing from the old days.

Visitors can access 17 stations by foot, by bike or by car on grounds of 25 square kilometers (10 square miles). Signs inform guests about the significance of the sites they visit - they show the oxygen plant, concentration camp Karlshagen 1, train platforms and parts of the airfield. The public couldn't access these areas for a long time. All mines and bombs from the Second World War had to be removed first.

The museum's centerpiece is the turbine hall of the former power plant. It was built between 1939 and 1942 to satisfy the huge amounts of energy needed to produce V-2 rockets. Today, the gigantic building hosts a permanent exhibition with documents, movies and finds, installations, interviews and music. It documents the disastrous pact between National Socialist scientists and military personnel. 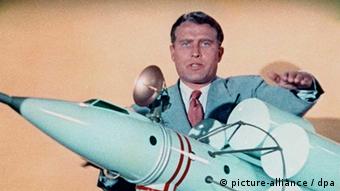 Multilingual audio guides depict how much everyday life differed for the engineers and the concentration camp prisoners who were living on site, and the guides point out that missile production would have not been possible without the Nazis' concentration camp system. When Peenemünde was hit by a massive air strike by the Royal Air Force in 1943, the production of V-1 and V-2 missiles was moved to satellite camp Dora-Mittelbau near Nordhausen in the state of Thuringia. That's where thousands of prisoners died in underground tunnels under atrocious conditions.

The scientists in charge knew about this, but they didn't do anything to help. Wernher von Braun and others were opportunistic and blinded by the possibilities the Nazi regime offered. The exhibition also discusses how it came about that even the Allied forces then used the German engineers led by von Braun and their works.

Peenemünde still continues to interest people around the world, says curator Mühldorfer-Vogt. It's a crowd magnet, a myth, but also a place to absorb difficult lessons. It's not about glorifying technology: "We have an educational mandate, and this means we don't want to sensationalize," he said.

At the end of the exhibition, the visitor comes across an almost completely dark room. Light falls onto rubbish, parts of bombs and missiles placed in the room's center. It symbolizes the havoc of war in Germany and Peenemünde, said the tour guide Knopp.

"What we showed at the beginning of the exhibition was the damage to London and other cities by the V-2. By the end of the war, the German cities are also razed. And all that was left from Peenemünde was this debris," he said.

In a small Belgian town with a dark history, 70 international artists have positioned jarring works on human rights. The temporary show is a prelude to a permanent Human Rights Museum set to open in a former Nazi camp. (06.09.2012)

Because it was the first major sporting group to exclude Jews in the 1930s, the German Alpine Association examined its role in Nazi Germany and how climbing feats became fodder for Hitler's propaganda machine. (02.09.2012)