For decades, the US middle class could count on a good and improving standard of living. But the financial crisis has laid bare shifts in America's foundation, which suggest the middle class is being squeezed out. 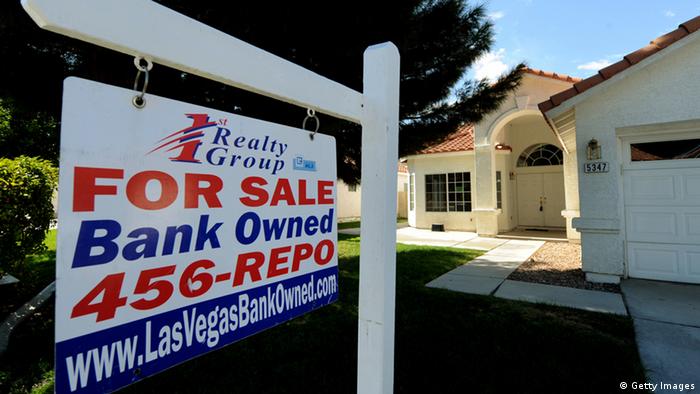 The numbers speak for themselves: Six out of 10 American adults were middle class in 1971. 40 years later, the figure was down to just half. And most middle class Americans say that they have difficulty maintaining their standard of living.

Many reasons help explain why America's middle class is shrinking. The burst of the housing bubble and the recession from the end of 2007 until mid-2009 have played an important role. 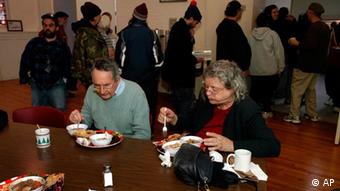 US retirees whose savings have dwindled turn to soup kitchens

New York Times journalist and Pulitzer Prize-winner Hedrick Smith sees another reason. When the middle class was growing, from the 1940s to the 1970s, company owners and managers had a different work ethic. Smith says they were managers, who believed that it made sense to share wealth.

General Electric CEO Charles Wilson or Frank Abrams, the chairman of New Jersey's Standard Oil, saw themselves as protectors of divergent interest groups in the 1940s and 50s. Those groups ranged from shareholders and managers to the employees as well as the suppliers, the banks and the customers. It wasn't about altruism, Smith claims, but a matter of smart business.

Companies also benefited when workers and customers were doing well and had money to spend. The consequence was that the middle class had greater power and influence.

But by the end of the 70s, Hedrick Smith believes executives' conceptions of their roles changed radically. At the time, Political Action Committees (PACs) began to spring up and perform intensive lobby work for their own interests.

At first, 175 companies had their own liaison offices in the capitol. A decade later, they numbered more than 2,400. Today, Smith says, there are around 12,000 corporate lobbyists in Washington. The business ethic has also shifted. Community or workers' interests have receded from focus, in favor of those of the shareholders and the company owners. The bottom line, Smith concludes, is that hard work doesn't pay anymore - given that productivity rose by 80 percent between 1973 and 2011, while the average hourly rate of an American worker rose by 10 percent over the same period. 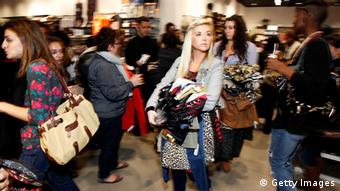 Shopping on easy credit - a thing of the past?

Globalization and technological progress have also contributed to America's shrinking middle class, according to Mark Zandi, chief economist of Moody's Analytics, the credit rating agency's research and consulting division. US companies are outsourcing to countries where labor is cheaper. So certain jobs and skills are no longer in demand on the US market.

There's another factor at work, Zandi says - the explosion of credit availability. Between 1980 and 2006/7, credit for cars, consumption and mortgages was available at unprecedented levels. Americans used debt to offset falling incomes, and this contributed to the recession when the credit bubble burst.

Education was the key. It opened the door to the middle class for Americans. After World War II, many young people were able to get a university degree thanks in part to the GI Bill, which led to higher incomes.

But the educational trajectory of the population has leveled off since the 80s and the 90s, Zandi says.

As a result, the US is lagging behind in international rankings. The role education plays in social mobility is illustrated by Latinos in the US. Despite having an unemployment rate above the national average and being badly hit by the housing market crush, Latinos are gaining ground. 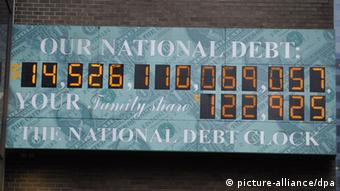 Statistically speaking, each US family is over $100,000 in debt.

The average income for Latinos remained the same between 2010 and 2011 while it fell for white and black households, according to a study by the Pew Hispanic Center. And there were never as many Latinos enrolled at universities.

Mark Hugo Lopez, director of the Pew Hispanic Center, said in an interview with DW that Latino parents, moreso than in the US population generally, see university education as the key factor in leading their children to successful careers.

Studies suggest that Latinos are also more optimistic than the rest of the population - 73 percent of them believe that their personal financial situation will improve this year. The figure is six percent lower in the general population.

What can the US middle class expect in coming years? Pollster and Democratic political strategist Stan Greenberg expects major decisions in the coming year, noting that the heated Congressional debates on tax relief, social security reform and tax reform affect the middle class directly and will have a long-term effect on it.

Economist Mark Zandi insists that balancing the country's finances is the short-term issue, but he is optimistic about the middle class' prospects in the long term. After all, he believes that everyone agrees on the importance of a strong middle class that doesn't leave people behind.

The US financial crisis took its toll on the Californian city of Stockton, leaving it bankrupt and thousands dependent on food stamps. If that weren't enough, fewer police are dealing with a rising murder rate. (15.01.2013)

The House of Representatives has approved stopgap legislation to block the impact of tax increases and spending cuts. Lawmakers now have two months to thrash out a deal on budget cuts. (02.01.2013)