The House of Representatives has approved stopgap legislation to block the impact of tax increases and spending cuts. Lawmakers now have two months to thrash out a deal on budget cuts. 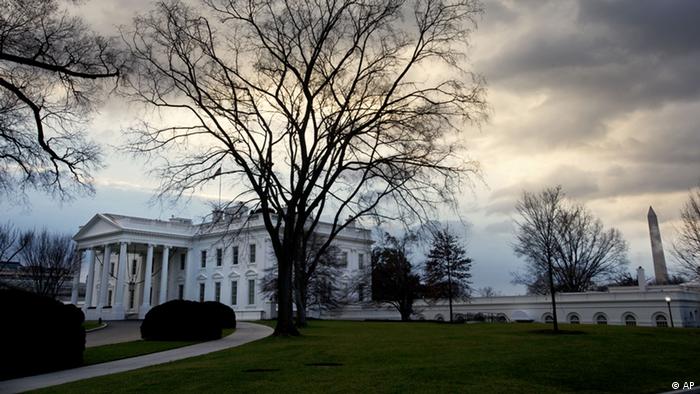 "Senators strike deal, happy new year," was one Twitter user's laconic response to the legislation passed by the US Senate in the early hours of 2013. Just two hours after the end of year deadline had elapsed on Tuesday (01.01.2013), lawmakers overwhelmingly approved legislation aimed at averting what has been dubbed the "fiscal cliff": a range of automatic tax hikes and spending cuts due to come into effect in the new year.

While the US did technically go over the "fiscal cliff", the 89-8 vote approved legislation aimed at softening the immediate impact of the measures until a more lasting deal is struck.

The White House-backed deal consists of a compromise on tax thresholds and a postponement of the spending cuts. It blocks automatic spending cuts to all public expenditure from social programs to defense and extends unemployment benefits for the long-term jobless for one year. It also prevents cuts in fees for doctors who treat Medicare patients. Other measures include the extension of tax cuts made in 2001 by then President George W. Bush, coupled with tax hikes from 35 to 39.6 percent for individuals earning over $400,000 ($450,000 for couples). 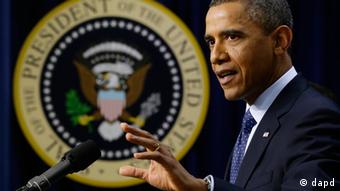 President Obama made a last-minute plea

In a speech to a selected middle class audience on Monday, US President Barack Obama had outlined how the "fiscal cliff" would affect the US: "Businesses can't afford it, our economy can't afford it," he said.

The "fiscal cliff" was expected to deal a $110 billion blow to the US economy and some $600 billion in tax hikes: average Americans would have been forced to pay some $2,000 to 3,000 more a year in income taxes. Many predicted that the "fiscal cliff" would send the still-fragile US economy back into recession. International observers feared global contagion.

US debt has ballooned to $16.4 trillion, its official borrowing limit, due to an amalgamation of factors, including defense spending on the wars in Afghanistan and Iraq, and the financial and housing crises. As per law, once debt exceeds the borrowing limit, Congress has to authorize any further government borrowing, which set the stage for the current political deadlock.

The legislative standstill goes back to August 2011, when a wide-reaching fiscal deal was disrupted, in part due to presidential and congressional elections.

In a recent interview with Deutsche Welle, Thomas Mann, a political analyst at the Washington-based Brookings Institute, said that the current Congress was "perhaps one of the least productive Congresses in history," referring to the political battle-lines: Republicans want to fend off tax hikes for the wealthy, while Democrats want to limit budget cuts. 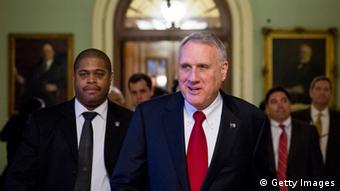 US lawmakers were called back from their holidays

The House of Representatives passed the deal with 257-167 votes on late Tuesday, less than 24 hours after the Senate vote. There had been concerns that Congressional Republicans would request an amendment to apply some spending cuts immediately. But the House approved the bill in its C.

Lawmakers now have two months, according to media reports, to follow up on the stop-gap measures with legislation, in particular on future budgetary cuts. This is likely to pit the Republican-dominated House of Representatives against Obama's administration.

President Obama stressed that while he was "open to compromise", he would not "have another debate with this Congress about whether they should pay the bills they have already racked up."

In the words of one Twitter user: "To all of you who think it's done. It's not. It's just been pushed back."

Analyst: Agreement is victory for Obama

Although the United States has averted insolvency in a last-minute deal, a US analyst says it's only postponing a worse standoff for later. But he thinks deep structural reforms are required for a truly balanced budget. (01.01.2013)

For the US, 2012 was dominated politically by November's presidential election and disputes over how to dig the country out of its financial hole. Despite much stagnation, the year brought shifts on foreign policy. (29.12.2012)

Whether or not the US will avert the fiscal cliff or jump over it at the end of the year, one thing is already clear. In Washington’s deeply dysfunctional governing process, compromise is a four-letter word. (21.12.2012)