In the early morning hours of Aug. 13, 1961, then-US Army First Lt. Verner N. Pike watched the Berlin Wall go up. He talked to DW-WORLD.DE about overseeing Checkpoint Charlie and sneaking East Berliners over the border. 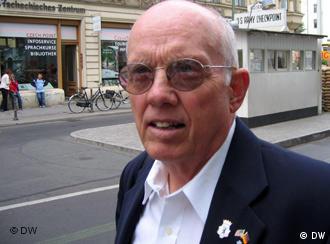 Verner N. Pike said he is still proud of smuggling East Germans over the border

It was about 1 a.m. on the warm summer night and Pike was working the midnight shift, patrolling Berlin's American sector. He was shocked to see workers digging holes near Friedrichstrasse, erecting cement posts and stringing barbed wire between them.

Over the next few days, "astonishment turned to anger" as he watched East Germans fortify the newborn barrier with cinderblocks and fill the streets with traffic obstacles.

Once the Checkpoint Charlie border crossing was established, Pike was put in charge, giving him a front-row view of pivotal Cold War events. During the famous 1961 face-off between Soviet and American tanks, Pike was the US soldier in charge of initially determining whether the tanks might have been East German.

Pike remembers that the East Berliners working on the new Wall were surprised that the American soldiers did not try to interfere.

"Lieutenant, what are you waiting for?" one engineer asked Pike as he put up cinderblocks. "I'm working as slow as I can."

An East German police officer also seemed to hope that the American would stop the Wall's construction.

"What are you waiting for?" he asked, according to Pike. "My machine gun doesn't have any ammunition." 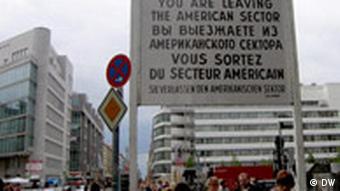 Despite the US government's vow to accept the Wall, Pike and his comrades were quietly defiant. In October 1961, Pike took some new soldiers on duty for an orientation in East Berlin.

"It was ugly, horrible," he said. "It was like living in a prison. These East Berliners would come up and beg us, 'Take us to West Berlin.'"

The soldiers decided to help one young couple. They concealed them in duffel bags and hid them in the back of their bus. When an East German guard stopped them at the border, Pike demanded to see a Soviet officer. After waiting for 15 minutes with none in sight, the officers defied the East German guard and drove over the border.

Pike and his fellow officers repeated this several times, but he won't say exactly how many.

"The amount of people I personally brought over, my government never knew," he said. "I would have been relieved of my duty and probably sent home."

He is proud of his actions.

"I was an ally! I was an American!" he said. "It was a terrible time for people in the East. It was a joyous time for us to help people be free. The more people we could help, the better we felt." 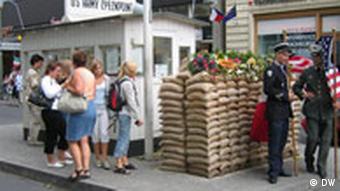 Pike finished his tour of duty at Checkpoint Charlie in October 1962. Now 69 years old, he is a retired colonel and lives in North Carolina.

He returns to Berlin frequently and said the Checkpoint Charlie museum is an accurate depiction of life at the border. But outside the museum, he said he is dismayed at the frenetic tourist activity around the reconstructed checkpoint.

"This is a tourist trap," said Pike, gesturing to the souvenir-hawkers at today's replica of Checkpoint Charlie. "I wish it was a memorial. They are all here to make money and put on a show. This to me is a sacred place."

"I think the memory of what happened in these years is something that can't be put aside. This was a place where you could see what it was like to be free, what people will do to be free. Freedom is not cheap."

Forty-five years after the Berlin Wall was built, researchers still can’t say for sure how many people were killed trying to cross it. So far, 125 deaths have been confirmed, but further cases are being investigated. (Aug. 9, 2006)