The US Fed arms itself for falling growth | Business| Economy and finance news from a German perspective | DW | 20.12.2018

The US Fed arms itself for falling growth

The US central bank has raised interest rates once again — not to annoy the American president, but to prepare for an uncertain and bumpy economic future. 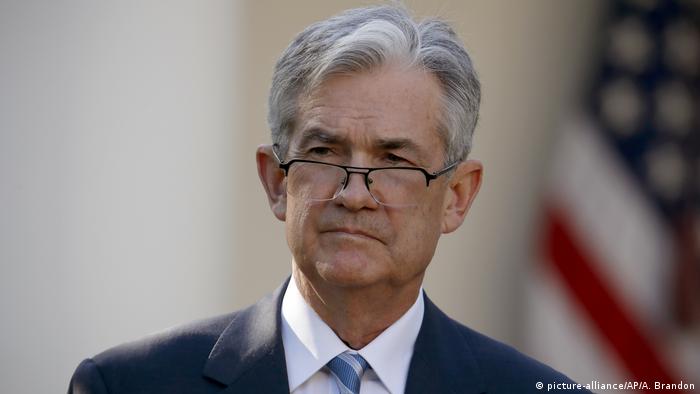 After the US Federal Reserve raised its key interest rate by a quarter of a point on Wednesday, investors and the world markets took notice. It was the fourth increase this year and the ninth since 2015 and pushed the rate to its highest mark since 2008. At the same time the bank announced that it only expects to make two increases in 2019 and not the previously-announced three.

Though consumer interest rates are not directly locked into the Fed's benchmark rate, many soon follow its lead. In the real world this current hike will be good news for savers who have suffered under low interest returns. And it will be bad news for borrowers, since each rate increase adds to the cost of borrowing.

In a statement the bank noted that "the labor market has continued to strengthen and that economic activity has been rising at a strong rate. Job gains have been strong, on average, in recent months, and the unemployment rate has remained low." But while household spending has grown, fixed investments by businesses had "moderated" during the past year. 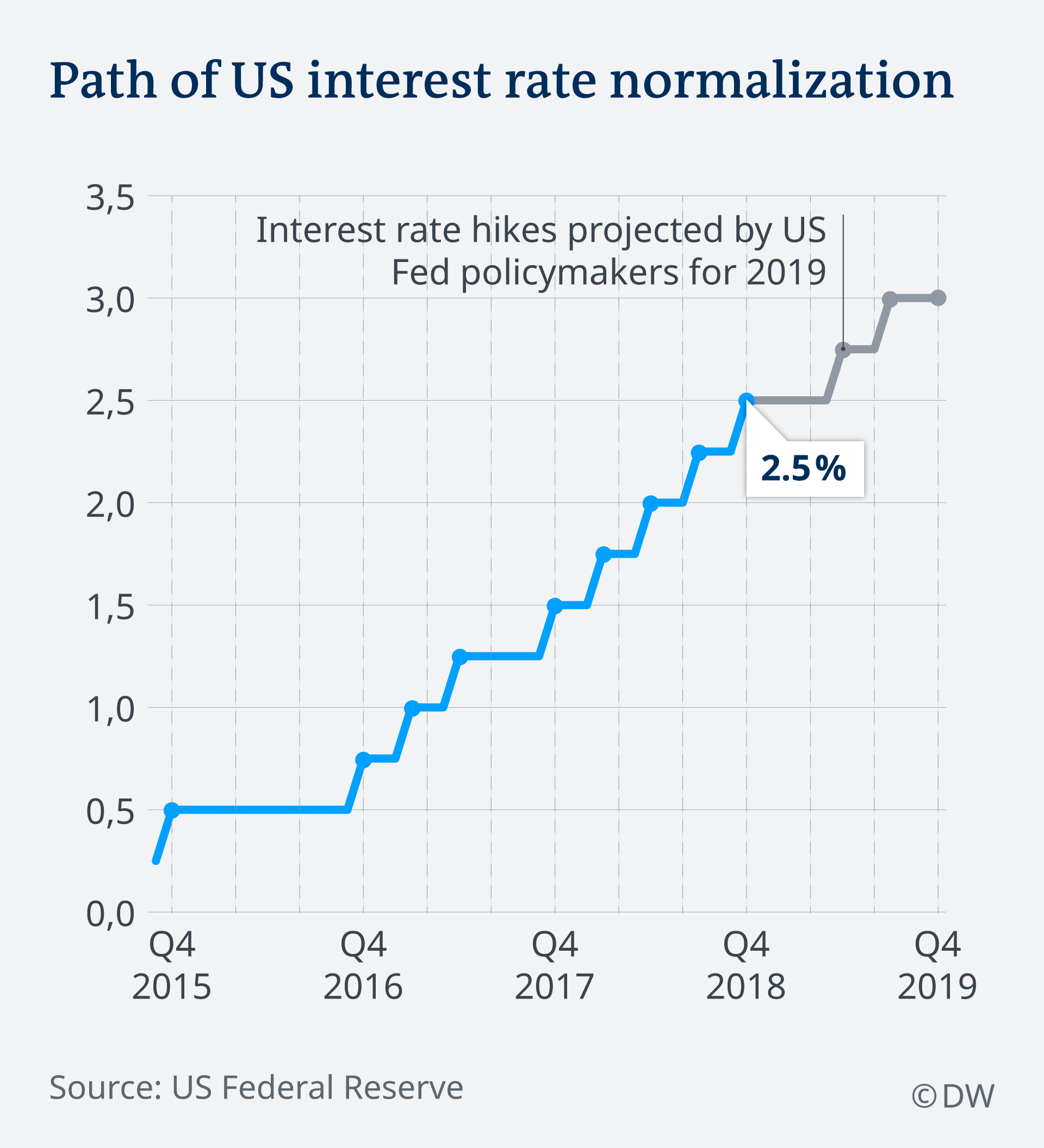 Yet stock markets around the world reacted badly to this and Chairman Jerome Powell's soothing words, falling even during his speech. What annoyed them most was the Fed's view that there isn't a need to stop shrinking its balance sheet, which is further bound to reduce liquidity in markets.

In addition, many investors see big dangers ahead with the ongoing trade conflict between the US and China, currency problems in Turkey and Argentina, and unpredictable political situations like Brexit. Some economists just fear that America's economy is running out of steam, especially as the effects of recent tax cuts wear off.

More seriously for overall financial security, the US bond yield curve is in a precarious position. The yield curve is the difference between short and long-term debt — and the narrative goes that a negative yield curve has preceded every US recession for half a century.

America is the world's biggest bond market and the curve is near the low it hit at the beginning of December when it inverted for the first time in over a decade.

But how did we get here? After the 2008 financial crisis, the US government hoovered up Treasuries in the hope of holding up markets by keeping demand high. The program was called "quantitative easing." By 2017, after the economy had mostly recovered, the Fed started to reduce their massive hoard of this debt.

Now that this powerful financial tool is being undone, the Fed is increasing interest rates to balance out the billions of dollars worth of Treasuries that have already or that will soon enter the market.

It is hard to say if this will bring deeper, more structural problems, but on Thursday, a day after the interest rate increase announcement, markets were still down across the globe. Yet for now average consumers will not notice much of a difference in their monthly bills. The Fed is nonetheless preparing itself for a bumpy road ahead.