Uganda's Karamoja region is rich in natural resources. With better security, major mining conglomerates have come in and the labor union, Karamoja Miners Association, ensures they do not grab lands. 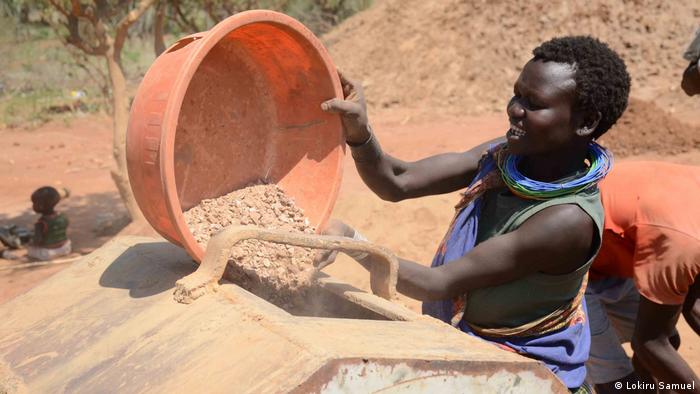 Itedo Mahmud is a former cattle-herder but now makes his living from gold mining. He lives in Acherer, a small gold miners' settlement, in Karamoja, a remote region in northeastern Uganda.

Each day Mahmud pans for gold, using a metal basin to wash out gold dust from the soil. Like many artisanal miners in Acherer, Mahmud does not have a license for the so-called surface extraction. So when he collects a few ounces of gold, he sells to middlemen: "They come and get it from the locals and sell it in Kampala," Mahmud tells DW.

Like the other small-scale miners, Mahmud feels cheated. The miners say the middlemen make the most profit from the mining.

Earning a living is very difficult for the 1.2 million ethnic Karamojong people that inhabit Karamoja. Even with a huge deposit of natural resources, including 562 million tonnes of marble, Karamoja is still one of the poorest regions in Uganda.

The Karimajongos are traditionally cattle-rearers. But in recent decades, extreme weather patterns and violent feuds with other nomadic tribes increasingly jeopardized their way of living.

A relative peace between the tribes was achieved after the Ugandan army forcefully disarmed all the communities, which enabled donor countries to construct roads and an electricity grid.

Shortly after large companies, including Tororo Cement, DAO, Jan Mangal, and Sun Belt, among others, launched their mining operations to exploit the high deposit of gold, marble, and limestone. 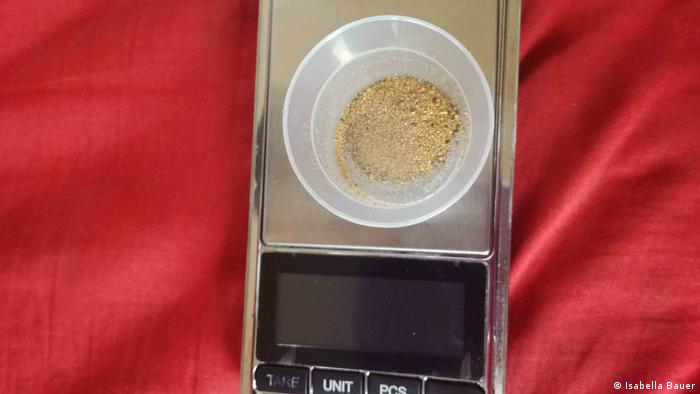 For Simon Nangiro, the executive director of the Karamoja Miners Association (KMA), it was a blessing when minerals were discovered, and a market for them evolved. After they had lost most of their cattle to droughts and communal attacks, minerals offered a new source of income for the Karamojong people.

Nangiro says his unsanctioned labor union sprang from the constellation of these companies and the artisanal miners to help with information and rights, especially for indigenous people, most of whom are now involved in small-scale mining.

The small-time union, with representatives in all seven districts of Karamoja, also educates locals about the value of the minerals and lobbies for the rights of local communities.

After miners began complaining about being ripped off by middlemen, Nangiro and his team started holding consultations with the Ministry of Energy and Mineral Development. They also increased awareness about the value of minerals to local authorities, as well as their communities.

In the beginning, "they did not know the difference between stones and minerals," he says, "and then, we realized that the outside people knew what they would benefit, yet we the local people did not know."

But the problems became more complex as more and more multinational companies opened their mining operations. Fear began to grow that the conglomerates could take away lands and destroy the environment unabated. Therefore, raising awareness about lands and mining rights in the local communities became a top priority, Nangiro recalls.

Uganda's mining law requires a surface rights agreement to be negotiated between landowners and mining companies. Because of this, mining conglomerates that hadn't approved KMA began cooperating with them.

"They said: we want to reach out, we want to talk to the communities," Nagiro says. And the communities were prepared for the negotiations. The miners association advised the locals how to bargain and make their demands. Karamojong people are sensitized about surface rights in Abim, Uganda

But their biggest hurdle was the Karamoja tradition of communal or collective land ownership and their lack of legal proof of land ownership, which complicated the negotiations and put the communities at risk of losing their lands to the mining giants without adequate compensations.

The multinational firm Tororo Cement attempted to utilize the lack of paperwork to claim a large portion of land in Karamoja. "We stormed the camp of Tororo Cement, who had overlooked our leadership, the local leadership," Nangiro remembers.

Tororo Cement had driven small-scale miners out of the area and constructed a camp for their own workers.

Nangiro says they called in the central government to resolve the dispute. The mines ministry invited Tororo Cement and Nangiro's labor union, which represented the people, for talks in the capital Kampala. The miners association returned successfully with a binding agreement that gave the land rights to the community.

A bigger coalition is born

The Tororo Cement saga was not the last conflict that needed intervention from the labor union. As more companies came, so did more problems and Nangiro and his team could not keep up. Some civil society organizations were called in to help – giving birth to a new coalition.

The consortium consists of eight civil society organizations, members of the local government and representatives of small-scale miners.

"We are trying to provide a platform for dialogue between the local miners, the local communities and the mining companies," explains Loumo Sam, coordinator of the interest group.

Their activities aim to share information on all sides and to create an environment where everyone can exercise their rights.