The tasks ahead for the grand coalition | Germany| News and in-depth reporting from Berlin and beyond | DW | 16.12.2013

Angela Merkel's new team has emerged following weeks of talks. But her third term will not be easy, with big challenges ahead and strong personalities in her cabinet. 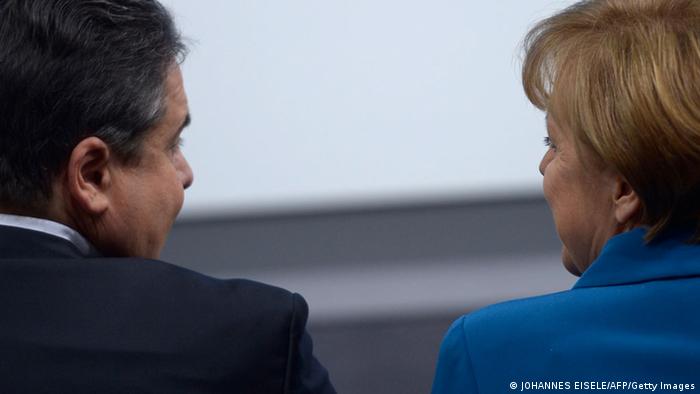 Chancellor Angela Merkel can't complain about the situation the country finds itself in as she starts her third term. Germany's economic prospects are better than those of any other country in the EU and tax revenues are pouring in. That means the new government, made up of Christian and Social Democrats, has money to spend, and the coalition agreement makes it sounds as if that's exactly what they plan to do. But if Merkel wants really to stand out in her third and probably last term, she'll have to spend a couple of billion more here or there. 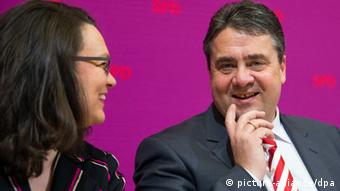 The biggest challenge is likely to be the energy transition. The policy was a spectacular political about-face that followed the Fukushima disaster, when Merkel decided that Germany would abandon nuclear power by 2020. Renewable energy from wind, sun and water were supposed to take its place, but the project has got stuck. SPD chairman Sigmar Gabriel has added energy policy to his new brief as economics minister - while that has potential, says political consultant Michael Spreng, it's also risky.

"It's certainly a Herculean task that Gabriel has taken on," he said. Many questions still need to be answered: How can gas and electricity remain affordable? What will be the role of environmentally unfriendly coal power in the future? How can the electricity grid be expanded quickly enough so that it gets the electricity to where it's needed? 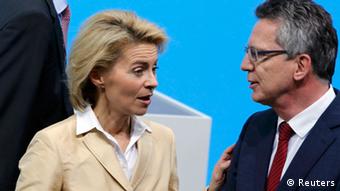 As future labor minister, Andrea Nahles will be able to move the Social Democrats' main project on its way: a national minimum wage. Nahles, who's been the party's general secretary, will be in the comfortable position of being able to distribute largesse: Some workers will be able to retire at 63 on a full pension; pensions for mothers with children born before 1992 will be increased.

Spreng says such mini-reforms are expensive, and they too carry risks and side-effects: "One weakness is that the funding for these reforms is only available as long as the economy is booming." If that doesn't happen, there'll have to be increases in tax or social insurance contributions - or the government will have to borrow more money.

Doling out the money

The government's generosity could turn into a problem for the coalition's Europe policy too. The chancellor has gone for continuity in the finance ministry, with Wolfgang Schäuble continuing in his post. In recent years, he's made a name for himself as a good man in a crisis, but, at 71, this will probably be his last term of office. And since he doesn't have to worry about his future position, that gives him probably more independence than any other minister has.

But Merkel could have a problem: It will be hard for her to preach austerity to the countries hit worst by the euro crisis, like Spain, Greece and Portugal, if she's doling out the money with both hands back home. Spreng thinks that would set a bad example: "They've already noticed in the other European capitals that the Germans tell everyone else to save, while they open the financial floodgates."

Meanwhile, the former labor minister, Christian Democrat Ursula von der Leyen, will get her own chance alongside the chancellor to make a good figure abroad as the country's first female defense minister. Her main task will be to organize the withdrawal of German troops from Afghanistan in 2014.

One difficult issue is, for example, what to do about the Afghan civilian employees who have worked for the German forces as translators and who are now being threatened by the Taliban. Almost all of them have applied for asylum in Germany, and the government has yet to come to a clear decision on their status. But if von der Leyen does well in this difficult job, she could put herself in a good position to become Merkel's successor.

Merkel may be the clear and unchallenged leader of her party, but, according to political scientist Volker Kronenberg of Bonn, with a self-confident vice-chancellor in Sigmar Gabriel and a strong Ursula von der Leyen, she could find it harder to govern than she did in coalition with the pro-market FDP. But he believes she's ready for power struggles: "Politics is largely about crisis management. She's shown in the past years that she's good at that."

Merkel is fighting for her legacy

All the same, Spreng thinks that, if Merkel does not stand again in 2017, she'd have a fairly thin political record. Aside from the withdrawal from nuclear power and the as-yet unsolved euro crisis, she hasn't achieved anything significant.

"There isn't any big project linked with the name of Angela Merkel," he says. "She's now got four years to get her name into the history books - so far there's not much there."

Kronenberg disagrees: "The entries are made at the end of a chancellorship," he counters. "We'll see what challenges turn up over the next four years, and only then will the report be written."

Back room deals, a party plebiscite, and, to top it off, a big surprise with the breaking of a taboo: Germany gets its first female defense minister. A coup with an ulterior motive, says DW's Volker Wagener. (16.12.2013)

Opinion: A recipe for standstill

Germany is presently the motor of the European economy. Exports, labor market and tax revenues are all balanced. But DW's Henrik Böhme doubts this can continue under the new government. (16.12.2013)

Wolfgang Schäuble: the 'other chancellor'

German Finance Minister Wolfgang Schäuble is continuing in his position under Angela Merkel's new coalition government. In a career spanning over four decades, he has made many friends as well as enemies. (16.12.2013)