The oddly shaped, world's largest freshwater pearl has been sold at public auction for the first time in more than 200 years. It was once owned by Catherine the Great of Russia. 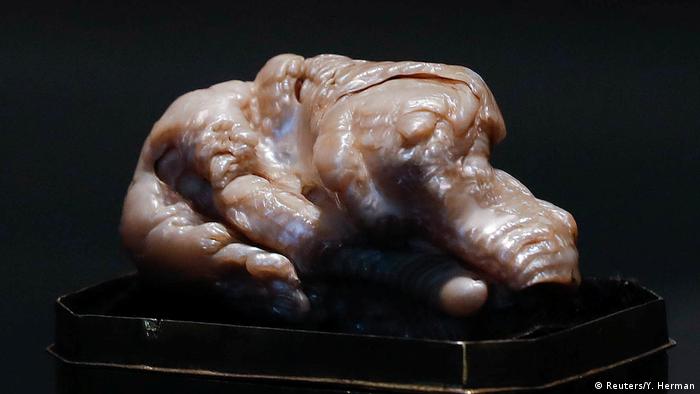 The largest known freshwater pearl in the world, and one of the world's three largest pearls of any kind, the Sleeping Lion is so named because of its irregular shape.

Pearl expert Hanco Zwaan said the pearl is unique not just because of its size but also because it is a "natural, blister pearl" formed "by a mollusk somewhere in a river or a lake" whereas most pearls seen today are cultured, created by human intervention.

It was probably formed in the early 1700s in China, perhaps the Pearl River. In 1765 it was shipped by a Dutch merchant to Batavia (present day Jakarta) before being auctioned in Amsterdam thirteen years later and acquired by Catherine the Great, Empress of Russia.

Catherine displayed the pearl in St Petersburg's Hermitage until 1796. After she died, the pearl vanished before turning up in Poland and eventually being bought by a Dutch goldsmith in 1865. It stayed in the same family ownership for four generations before being bought by the Amsterdam Pearl Society in 1979, who studied its origins and form.

The personal art collection of David Rockefeller and his wife, Peggy, has gone under the hammer at Christie's. Just one day in, the auction has already broken the record as the most expensive private collection. (09.05.2018)

A painting by Italian artist Amedeo Modigliani has become the most valuable work ever sold at Sotheby's. Sales have spiked in recent months as private buyers and new galleries enhance their collections. (15.05.2018)