When Mother Nature conceived of the fig, she seems to have asked herself: 'Why go for the easy option?' The plant relies on an extremely complex — and somewhat macabre — pollination process to bear fruit. 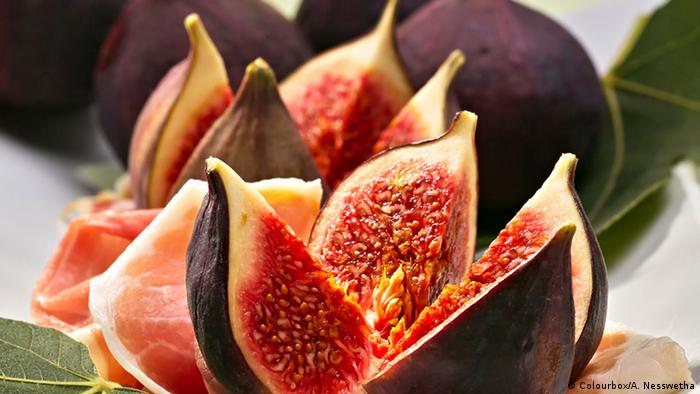 The life of a fig wasp is fixed to a strictly defined track. Its final destination is the center of a fruit.

Let's start at the exact moment a female fig wasp climbs into a fig. She doesn't have to burrow; nature has left a small hole for her. But short spines on her head ease her passage through the unripe fruit.

Still, space is scant. On the way, the insect, which is just 2 to 3 millimeters in size, will lose her wings, and large segments of her antennae and legs. Thereby, her fate is sealed: the wasp will never re-emerge. She doesn't need to. She's carrying the pollen from the fig in which she was born in order to pollinate the fig in which she will perish.

To understand why the wasp has to climb inside, one must know that the fig isn't like other types of fruit. Unlike an apple, for instance, it doesn't develop out of a blossom. It's more like a collection of small blossoms in a pear-shaped case. In other words, what we eat are the blossoms, which in the case of the fig are not outside but inside the fruit. 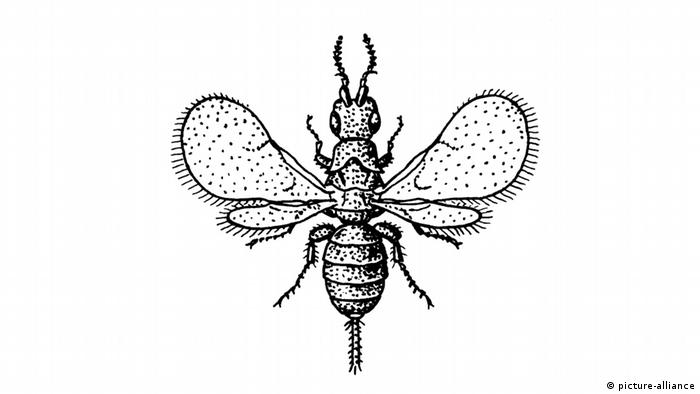 Figs are largely dependent on the fig wasps to reproduce

The wasp carries pollen to the center of this collection of blossoms and lays her eggs. Then, she dies. Non-pollinating wasps discard their eggs and lives in the same way.

As the fig develops, the eggs mature to become larvae that turn into pupa and then into wasps. The first official act for male specimens is mating with a female. Afterwards, the males dig a tunnel out of the fig. Mother Nature has little more in store for them. The males in most species are born without wings and don't live for long once they've escaped the fruit.

The females follow their male counterparts out of the tunnels, harvesting pollen on the way, before flying to another nearby fig tree. There the female will find a new fig with a small hole. She will crawl inside and lose her wings, antennae and legs. The journey begins again.

Are we eating a wasp when we bite into a fig? 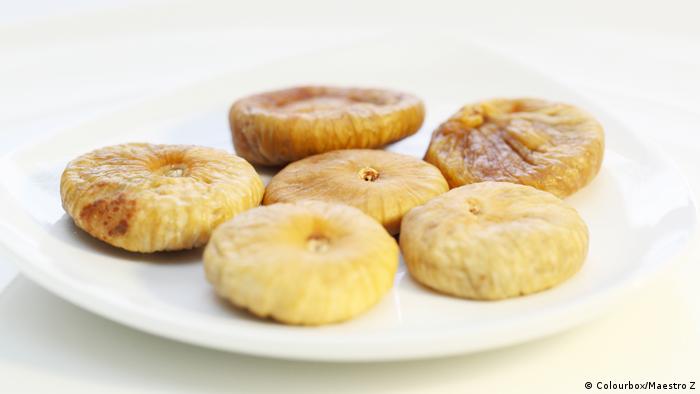 Most of the figs we eat are cultivated and self-pollinating

Anyone who has ever eaten a fig, will know the crunch that comes from biting down on the fruit. Does that mean that we're chewing on dead wasps? Fortunately not. The crispy bits that get caught in our teeth are actually just seeds. An enzyme called ficain completely decomposes any wasp in there.

Moreover, we've been cultivating figs for thousands of years. During that time, humans have developed fig species that pollinate themselves, so no wasps are required.