The science behind children’s play is being studied and practiced with vigor at a new research center, which also houses Australia’s first children’s museum, in Wollongong near Sydney. Jennifer Macey reports. 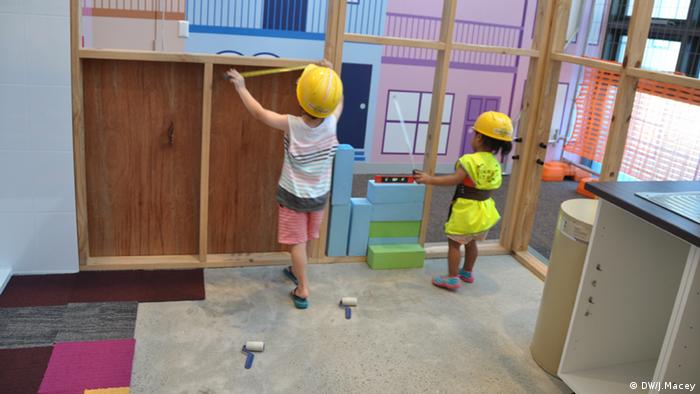 The 30-million-euro, Early Start Research Institute and Discovery Space is located at the University of Wollongong, 70 kilometers south of Sydney. It opened in May 2015 and is aimed at babies to 12-year-olds.

Michelle Kellaway, chief operating officer of the Early Start Institute says it is the first children's museum in the world to be located on a university campus and next to an early childhood research institute.

"We looked at some of those top children's museums around the world and identified those experiences that had the best learning outcomes," she told DW.

She added the early childhood academics also advised on the design of the exhibits.

"We have some of the best academics here from around the world who focus on the early years of life and they worked with us to identify which experiences would get the best learning outcomes for the children," she said.

No signs, just lots of play

An eight-by-five meter replica timber sailing ship looms large near the entrance and children are crawling, climbing and running all over it. Marina Di Leva, manager of business services at the Early Start Discovery Space, says the ship is designed to encourage both imaginative and physical play.

"We have a really large sail, the children can unfurl the sail, they can sweep the deck, there is cargo and animals in crates that can be moved around and there are costumes for both children and adults."

Four-year-old Ben told DW the pirate ship is his favorite. "I steered the ship to pirate island" he said and found "Treasure!"

Professor de Rosnay, an early childhood expert and the academic head of Early Start says research shows this type of highly imaginative, cooperative play is an important foundation for children to succeed in school.

"That is what rich play provides, it gives children the opportunity to extend their thinking, to take on new identities, to shift perspectives, to see the world from the view of a captain, and a deck sweeper," he said.

The parents come for the educational aspect while their children may just see a big, fun playground.

"You've got a craft center, a market place, an archeological dig site, a cave, it's very tactile, it's very visual, it's very auditory, they've got a song and dance area. It's amazing to watch them engage on so many levels," father of four-year-old Ellie, Yen Yang told DW.

While some experiences have been modeled on other children's museums, unique to Early Start is a giant stomach complete with gurgling sound effects. 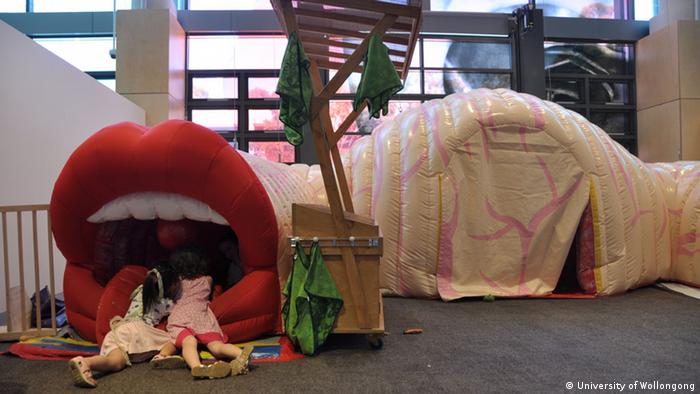 This contraption can even pass wind

It looks like an inflatable bouncy castle and children crawl into the mouth, through the stomach and squeeze out of the bottom, giggling as a fart noise escapes.

Professor Marc de Rosnay says research shows that digestion is mysterious for children, and this installation helps with conceptual development.

"What this installation does for little children is it shows where the mouth is, that's an object they can identify and fills in that space between one end and the other end," he said.

The children's museum also features a replica building site and a market place.

Professor Marc De Rosnay says these two exhibits highlight one of the most basic forms of early learning and development, children mimicking what their parents do. He describes it as the science of play.

"One of the interesting things about children's play is a large proportion is children practicing what adults do," he told DW. 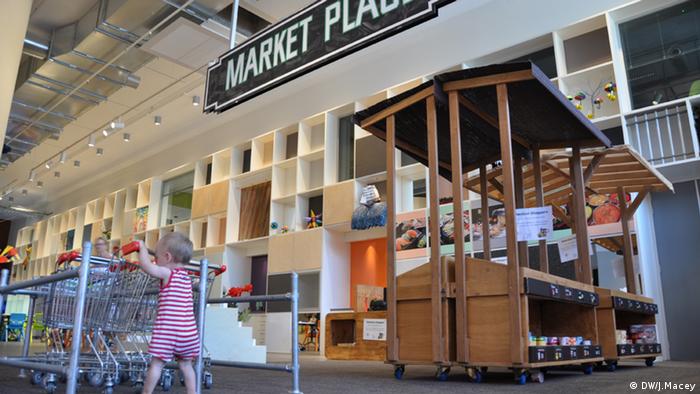 Little shopper in action at the museum

"Evolutionarily speaking that may be the function of play. We see it in chimpanzees. Play allows children to observe and copy what they've been learning from their parents."

Kirra, mother of three-year-old Cruz told DW that her son's favorite experience was the building site and copying his father who is a tradesman.

"Cruz loves that they've got building pipes, and all the other equipment that you would use on a real work site. So it feels real for him, it doesn't feel pretend for him, it feels like he really is working," she said.

The museum opened in May this year after a 4.7-million euro ($5.1 million) donation from Australian philanthropist Christopher Abbott.

Professor Marc de Rosnay says it is vital that Early Start research reflected the needs of the community, which in this case was the early education sector.

The institute is currently conducting a study with almost 2,000 children in 90 preschools and daycare centers throughout the state of New South Wales.

The randomized control trial is looking at how the quality of teacher interactions with four to five-year-olds can improve learning outcomes. 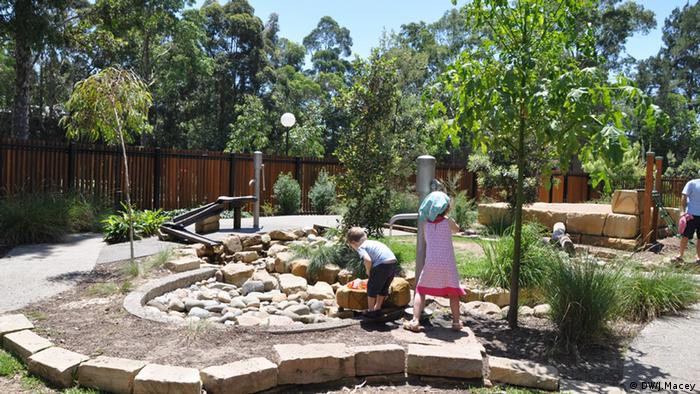 Playing sets you up for life

Since opening in May, this year the museum has had over 10,000 visitors with many families coming back for repeat visits.

The Discovery Space has also opened the university campus to the broader general community of Wollongong, which has traditionally been a working class, coal mining and steel-making city.

"We wanted to expose children to university, change aspirations, bring people who've never been to a tertiary institution before," de Rosnay told DW, so that the children playing at the museum may return to the university one day to study and become the scientists and researchers of the future.

Call it a counter movement, call it what you will. But kids - and adults - want to make things, including computers. Falling prices for components and a need for coding skills herald the advent of DIY. (15.12.2015)