The Migration Dilemma: Stay or leave

With fewer people leaving Senegal by sea and an increasing number of migrants returning, the question now is whether staying at home is a viable alternative. 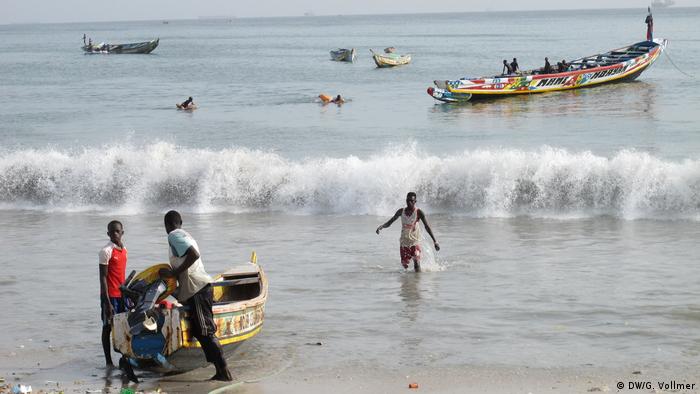 Senegal is plagued by unemployment and a lack of opportunities for young people. Coupled with the exodus from rural areas to cities, many believe the answer to their problems lies in leaving the country, convinced better prospects await them elsewhere.

According to Mbaye Salla from the International Organization for Migraton (IOM), migration should not be associated with poverty. Many migrants save up large amounts of money to attempt to settle in Europe irregularly, without papers - an investment that could have been made at home.

"People say that migrants are leaving because they can't make a living. But when you meet someone planning to go abroad, you realize that it is not for lack of means that they want to go on an adventure," said Salla on the sidelines of a panel debate organized by DW in Dakar on the theme ‘Migration Dilemma: Stay or leave'. "They could have stayed in Senegal and invest what they have, and end up with more than they would ever get from Europe," Saila said. 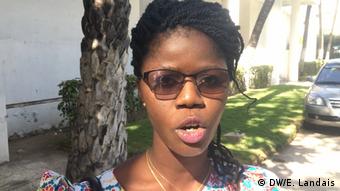 Mbaye Salle works at the International Organization for Migration in Senegal

"The message in reality should not be telling them not to leave, because it is the human condition to be curious and to want to discover, to go out on an adventure," Salla added. Instead, the IOM tries to develop opportunities within the country which can serve as an alternative to leaving. The organization has helped hundreds of former migrants, who voluntarily returned to Senegal, to set up viable businesses.

Civil society activist and rapper Thiat from the group ‘Y'en A Marre,' meaning ‘We've had enough!' was a panellist at the debate. 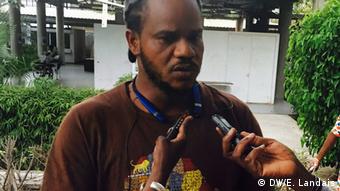 He pinpointed the lack of job prospects in Senegal, as well as limited policies to encourage entrepreneurship in varied fields, as root causes for the mass departure of young people thirsting for better opportunities.

"We suffer because of the leaders who have the courage to say 'no' to certain decisions that come from elsewhere, but let Europe or the US dictate policies like the international fishing agreements."

This feeling is echoed by panellist Yayi Bayam Diouf, who heads an association of women campagining against illegal migration in Dakar. She lost her only son in 2007. He took a fishing boat for Spain but never arrived. 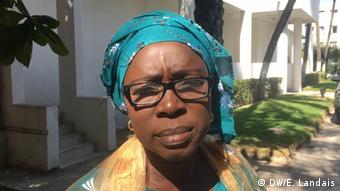 Yayi Bayam Diouf's son died trying to get to Europe

"Our coastlines have been badly exploited because of the fisheries agreements that our rulers have signed with the EU, and that makes the fish very rare. Young people do not have work and every morning they are at the seafront watching the trawlers pillage our seas, our fish. It is frustrating," Diouf said. "That's what makes young people think they are better off getting in boats to look for a better life, even if it's to die at sea."

Senegal's youth and employment minister, Mame Mbaye Niang, was unable to take part in the debate, saying he had been called out on urgent business. Speaking instead to the press, he said the government was trying hard to provide jobs for unemployed youth and give them opportunities in the agriculture sector.

"We know that there are young people who do not have qualifications or who have not had the chance to go to school up to an acceptable level. Those young people today are of working age, they want to work, they have a right to work. But when a young person has no qualification it is very difficult to find him a job," said Niang. 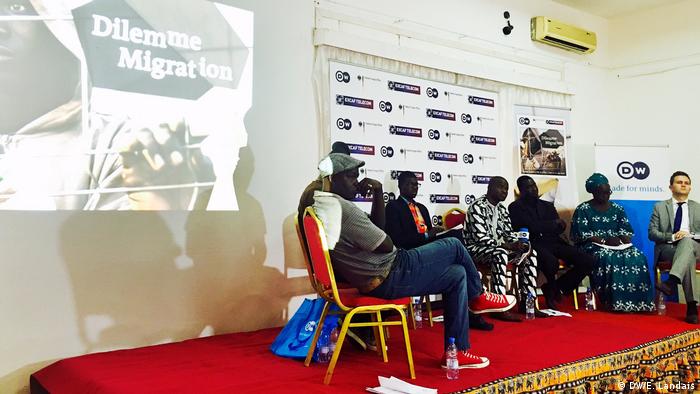 "What the president has done is create opportunities for them. We have a cereal deficit in Senegal, but there is land, water, and able bodies, so he's improved conditions in rural areas so that young people can work in agriculture and agribusiness," Naing ciontinued.

Activist Thiat was not impressed by the minister's failure to attend the debate.

"I personally deplore the absence of the minister, it means that once again our authorities do not highlight, do not put the values of the true people at the heart of their preoccupation," he said.

Tempted by the notion of 'easy migration' spread online and on television, many Senegalese are still attempting the perilous trip to Europe. (05.12.2016)

Gambian refugees in Germany: will they have to return home?

Gambians make up the third largest group of African refugees in Germany. With Gambia on the road to democracy and Germany's goverment getting tough on immigration, will they be allowed to stay? DW's Daniel Pelz reports. (06.12.2016)