"The Lack of a Global Response to AIDS is a Catastrophe"

At the 2005 G8 summit in Gleneagles, the attending leaders made certain promises regarding funding in the fight against HIV/AIDS. Action Aid's Aditi Sharma spoke to DW-WORLD.DE about broken promises and time running out. 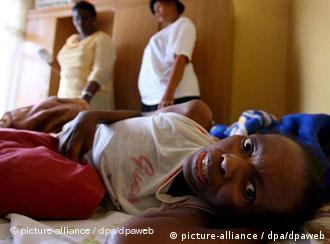 Women and girls are the fastest growing group of HIV/AIDS sufferers, said Sharma

DW-WORLD.DE: Why are you and your team here at the G8?

Aditi Sharma: We're here to call the G8 to account for the promises made regarding universal access to prevention, treatment and care for all people living with HIV and AIDS at the meeting in Gleneagles in 2005. We are also calling the G8 leaders to account for the reiteration of those pledges made later that year at the World Summit.

At both summits, the G8 pledged to increase funding as part of its commitment to universal access by 2010, but two years on the level of funding is still falling dramatically short, some $8 - $10 billion (5.9 billion to 7.4 billion euros) short every year. We will be thoroughly checking every communiqué which comes from the G8 this year and if the targets are not met then we will be holding the G8 responsible for the 8,000 people who have died every day and the 1,200 infected every day since those unfulfilled pledges were made.

What are you hoping from the G8 this year in terms of pledges in the fight against AIDS? 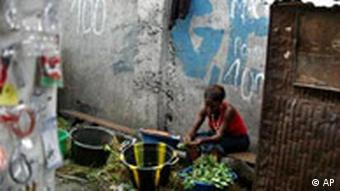 We have been encouraged by Angela Merkel's decision to put HIV/AIDS on the G8 agenda this year and she has also made a point of highlighting the feminization of AIDS. This is a new step as it brings women into the debate. Women bear much of the brunt of HIV/AIDS around the world.

Firstly, women and girls are the fastest growing group of people living with the disease. Nearly 50 percent of adults affected globally are now women. The stigma attached to an HIV woman could lead to her being thrown out of her home or driven from her village and in some cases denied medical treatment.

Secondly, women are the principle care givers for sick family members, meaning that they are increasingly taken out of work or education to do this. Thirdly, women are the most likely victims of sexual violence.

So while we will be hoping that sustainable and viable financial action plans are put into place, we will also be hoping for support in the fight against gender inequality and the multiple discriminations faced by women. Addressing the human rights implications of HIV and violence against women requires action at all levels so we would be looking for policy reforms, community education and the promotion of behavioral change.

Also, HIV/AIDS is intrinsically linked with poverty so increased efforts in debt cancellation and climate change, which will hit Africa first and hardest if something isn’t done soon, will help to reduce the causes of the disease.

Is the G8 focusing on the right kind of support, aid and education or is it just throwing money at the problem in the hope that they can solve it by financial means? 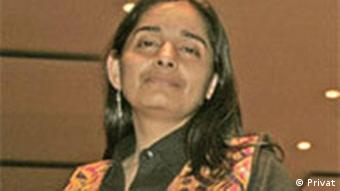 For a start, if they were throwing money at HIV/AIDS projects then we wouldn’t be one to complain. The fact is, like I said previously, that the level of financial commitment is way below the yearly targets set at Gleneagles.

While some countries, the UK in particular, have increased their funding, albeit below the recommended level, others remain stagnant and some, specifically Italy, have actually reduced their commitment. So more money would not be a problem.

What is needed however is for governments to tackle the wider issues such as poverty, the fundamental right to food, people’s right to education and the right to health care.

Poverty and lack of food can lead women in particular into risky situations such as transactional sex in an attempt to earn money to support the family. Education is the most powerful tool in helping people out of poverty and good basic education is one of the most efficient and cost-effective means of preventing HIV infection.

There should also be a concerted effort to increase the standard and the reach of health care systems.

Given the few accomplished goals arising from the last set of promises, how hopeful are you that the G8 will do more than just talk this time?

The time for talk is over. It is time for action. Time is running out. Any further delay in meeting the targets set for universal access to retroviral drugs will result in millions of deaths, millions of new infections and catastrophic economic consequences for the poorest nations.

It is time for the world’s leaders to stop using HIV/AIDS commitment statements at these summits as a means of appeasement. These grand gestures can no longer be used to cover up the fact that world leaders are fiddling while Rome burns. AIDS is a global emergency and the lack of an adequate response is a catastrophe in itself.

Aditi Sharma is the international HIV/AIDS campaign coordinator for Action Aid, an international health, education and human rights organization based in Johannesburg.

G8 leaders kicked off this year's much-anticipated summit at a dinner in a baroque palace, but the beauty of the surroundings was marred by a heavy mood on climate accords and testy Russia-US relations. (06.06.2007)

A report shows that Germany now has the greatest number of registered new HIV infections since specific records began being kept in 1993. Last year, the registered number of new infections rose by four percent. (01.06.2007)

Pharmaceuticals have an imperative beyond the profit motive, since they are in the business of saving lives. Despite deep discounts, critics argue that the cost of vital drugs in poor countries is still too high. (28.05.2007)