Audrey Diwan's film "The Happening" (L'événement) about the fight for the right to abortion won this year's Golden Lion at the Venice Film Festival. Paolo Sorrentino's "The Hand of God" came in second. 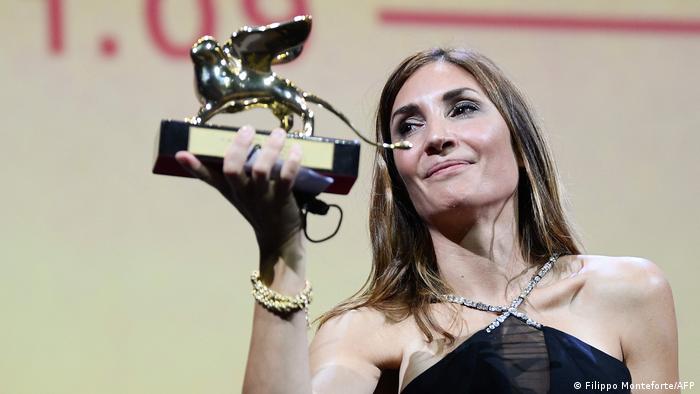 Diwan's movie deals with the topic of abortion in 1960s France

A young woman risks going to prison for seeking an abortion in the 1960s in France. Audrey Diwan's hard-hitting drama film "The Happening" about illegal abortion is the second French film to win a major festival this year since Julia Ducournau received the Palme D'Or in Cannes for "Titane" in July.

It was chosen from 21 contenders by a jury led by "Parasite" director Bong Joon-ho. The jury also included Chinese-born director and Oscar winner Chloe Zhao, who won the Golden Lion in 2020 with "Nomadland."

After scaling down last year due to COVID-19, the festival's glamour was back in 2021, albeit with necessary pandemic precautions which included mandatory masks, vaccine passes and maximum 50% capacity in the cinemas. 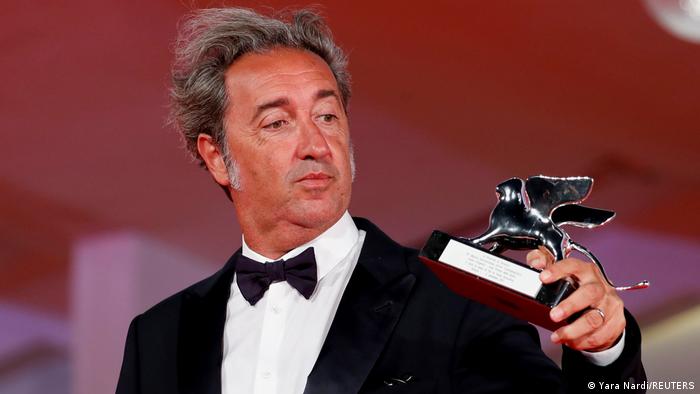 Italian filmmaker Paolo Sorrentino received the Silver Lion for 'The Hand of God.'

Hollywood stars and the international crème de la crème of the movie scene walked the red carpet in Venice. Among the highlights was undoubtedly the appearance of Ben Affleck with his one-time girlfriend Jennifer Lopez by his side, to the delight of many gossip magazines.

The Golden Lion and women directors

The award for best actress went to the queen of Spanish cinema, Penelope Cruz, for her role in the comedy "Parallel Mothers" — her latest collaboration with countryman Pedro Almodovar. She thanked the legendary Spanish director for "inspiring me every day with your search for truth." 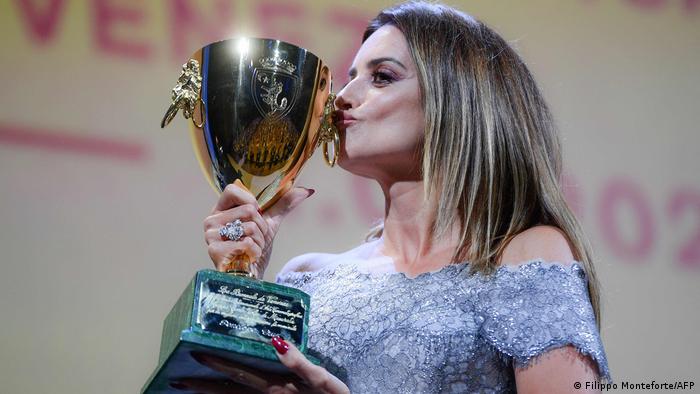 Italian filmmaker Michelangelo Frammartino received a special jury prize for "Il buco" — a drama film about a group of speleologists discovering a deep cave in a remote area of Italy's south in 1961. US director Maggie Gyllenhall won the prize for best screenplay for her psychological drama "The Lost Daughter."

The Princess Diana bio-pic "Spencer," starring US actress Kristen Stewart as the UK royal, did not receive any awards despite gathering critical acclaim ahead of the festival.

This year's festival was notably dominated by darker films. The Italian fantasy drama "Freaks Out" had German actor Franz Rogowski starring as an eccentric Nazi in a circus. US actor Oscar Isaac starred in "The Card Counter", a movie about a man who who took part in torture and prisoner abuse in Abu Ghraib. And Jane Campion's Western "The Power of the Dog" — starring Benedict Cumberbatch and Kirsten Dunst — focuses on two feuding brothers on a Montana ranch in the 1920s and deals with toxic masculinity, repressed homosexuality, jealousy, and addiction. Campion won the award for best director.

In recent years, success at Venice has become a key launchpad for the Oscars. The last four winners — "Nomadland", "Joker", "Roma", and "The Shape of Water" — have all gone on to receive an Academy Award.

Afghan female filmmakers have warned Afghanistan is at risk of losing its cultural identity. They appealed for "humanitarian corridors," the granting of political refugee status and accommodation in Europe for Afghans.

The Chinese-born Chloe Zhao won best director and best picture for "Nomadland" in a history-making Oscars sweep — a feat that was literally muted in her home country.