The great train debate: What's to be done with France's SNCF?

Few trade disputes can get as bitter as those between French governments and the country's strongly protected railway workers. The state-owned SNCF and the unions have won previous battles. Will this one be different? 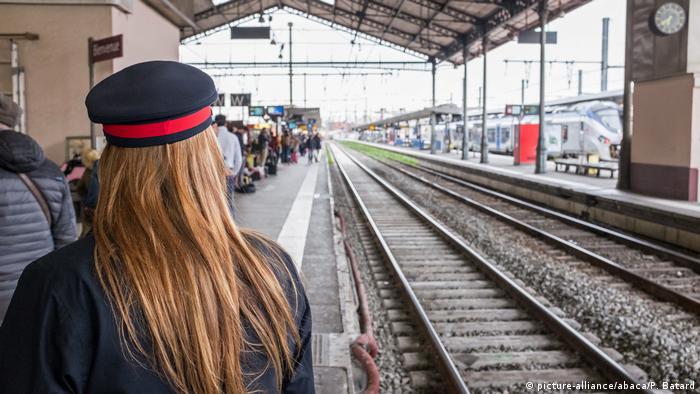 On the surface, French train drivers have it pretty sweet: they can retire on a full pension at the age of 52, have one of the best protected jobs in the country and count free travel and subsidized housing among the wide range of benefits they enjoy. Maybe there's a reason why the term 'gravy train' exists.

Yet they and many of their rail worker colleagues are not happy. On Monday night, staff at SNCF, the country's huge state rail operator, began a three-month strike in protest at President Emmanuel Macron's plans to reform the debt-saddled entity.

Since coming to office, Macron has targeted various economic reforms and now his radar is fixed on the rail sector, long seen as a thorn in the side of French politicians. In February, his government announced plans aimed at shoring up major problems in SNCF, motivated in part by EU insistence on the need to open up rail markets.

The plans that have most stoked the ire of the various unions planning to hold rolling strikes between now and late June are those which aim to reduce new rail workers' benefits, particularly those related to pensions and early retirement.

Tensions over how European governments handle their rail markets transcend borders, even if competition in those markets generally doesn't follow suit. Passions tend to run high on the issue, not just in France but in Germany and Britain, where debates similar to the one in France continue to chug away in the background.

SNCF operates practically the entire French railway system, including the famous high-speed TGV service, and is entirely state-owned. Previous attempts to reform the company have ended in defeat for French politicians, most notably in 1995 when major strikes forced then President Jacques Chirac to abandon his plans.

Any moves seen as been linked, however remotely, to privatization are fiercely opposed by a company whose supporters see it as an untouchable national treasure. "It's a public service, so we say 'no' to any competition," said Philippe Martinez, head of the CGT trade union, ahead of the latest strikes.

The French government sees things very differently. "The situation is alarming, not to mention untenable," said Prime Minister Edouard Phillipe on Monday. "Our network is today in a state of advanced dilapidation."

Few could credibly argue that the company is in good health. It currently has a debt pile of €46.6 billion ($57.3 billion) and increasingly has been beset by performance issues from delays to overcrowding, despite a previously strong reputation in this area. "Whether or not they take the train, the French are paying more and more for a public service that works less and less well," said Philippe.

There are plenty of reasons for the dire state of the SNCF finances. To be fair, they are not unique in this regard, as a quick comparison with their counterparts in Britain and Germany illustrates. 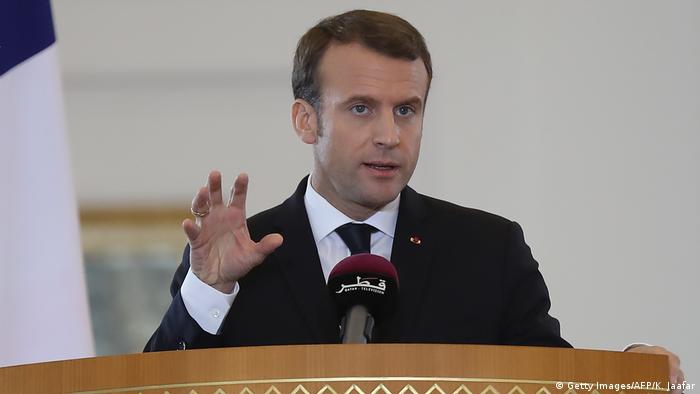 Deutsche Bahn, Germany's state-owned rail service, had debts of €22 billion at the end of 2017. Beyond money concerns, it too is not immune to problems with service delays, overcrowding and increasing customer complaints about high prices.

British Rail was privatized in the late 1990s, yet similar concerns stalk the tracks there. Network Rail, the owner and infrastructure manager of most of the network in Britain, has debts of €51 billion while last November, the British government was forced to bail out a joint rail venture between the international transport group Stagecoach and Richard Branson's Virgin Group.

SNCF's struggles stem from several factors. Their trains, particularly the high-speed services, have struggled to handle competition from low-cost airlines such as Ryanair and easyJet. With that increased competition coming alongside rising operating costs, it has sharply lowered profit margins.

Incompetence and mismanagement hasn't helped the situation. In 2014, SNCF ordered 2,000 new trains that were too big to operate in many of the stations they were due to serve. That remarkable error cost close to €50 million to fix.

Add in the costs associated with maintaining SNCF workers' considerable privileges and it is easy to understand why Macron wants to, among other things, change SNCF's governance structure, reform worker rights and force the company to approach its debt pile differently.

Getting back on track?

The EU wants national governments to open up their rail markets and foster competition between different national providers, creating a pan-European rail market in the years ahead. Indeed, EU law will soon compel this.

SNCF sees the current Macron attempts to pave the way for this as part of a push towards privatization, although the government denies this, saying the company is in "the heritage of the French and will stay there".

Privatizing railways is a touchy subject on a continent in which trains possess an iconic grip on many travelers' minds. The merits of Britain's two-decade old privatization is still the subject of political debate in the country while Germany quietly shelved plans to privatize Deutsche Bahn a few years ago, in anticipation of a major backlash.

"This is the destruction of status and of public service," said François Grasa, another French trade union leader supporting SNCF. "It will be difficult for railway workers to ensure trains run safely, there will be repercussions for passengers."

Such heavy rhetoric aside, it is clear that something needs to be done to improve the position of SNCF. Yet as those in France know better than most, reform plans in this most tricky of sectors can very easily go off the rails.