The German Postcard Craze: Then and Now

An inexpensive souvenir that expresses thoughtfulness: The postcard has been a favorite purchase for many voyagers throughout history. Germany's fascination with the sign of affection started more than a century ago. 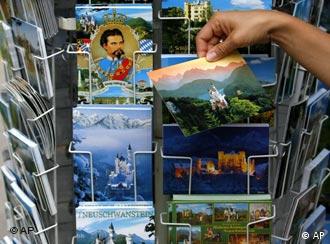 They put a smile on a recipient's face: A postcard is always welcome

Although technology has brought communication to a whole other level, few can resist not reaching for the cutest postcard and sending it to friends and family when traveling.

Accumulating postcards for personal use is oftentimes connected to collecting picture postcards from one's own place of birth.

"Most people who collect postcards, collect images from their hometowns, where they were born," said Igor Adolph, a passionate collector, who took the antique industry to the modern present by putting his collected works online.

The cards, with pictures of nearly anything -- ranging from beautiful scenery to a black image with the words "City at night," -- have had a tradition that began in Germany in the late 19th century.

More than just a greeting -- it's business 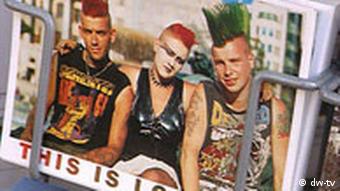 The picture postcards have always expressed much more than just a "thinking of you," however. They have conveyed the social situation and the spirit of the time.

This sparked interest among collectors and dealers: In Germany, antique picture-postcards are a front-runner at flea markets, bookshops, trade fairs or Internet auctions.

Igor Adolph's stamp-collecting childhood craze turned into a large-scale collection of postcards, and has been his hobby for the past 20 years. At first, his business consisted of selling books and videos about postcards.

Adolph's main collecting items today are antique postcards with various stamp-statements, such as the message "receiver unknown," or "denied."

His business consists of many Web pages, where he presents his postcard-projects. One of them is the "Hall of Fame of Postcards," which is a collection of highly valued postcards that are priced from 50 euros (about $70) and up. 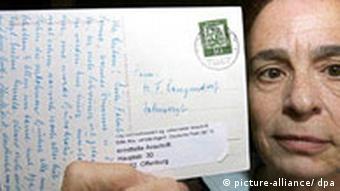 Sometimes postcards do not reach the receiver. "Returned" postcards are some collectors' favorites.

The idea of a "mailing card" was introduced in 1865 by Heinrich von Stephan, who was the postmaster general of the German Empire. The proposal was denied, because some believed that privacy would be compromised, given that anybody could read the message on the back of the card.

Austrians, on the other hand, favored the new form of letter. The so called "Correspondenz-Karte" (correspondence card) was accepted in 1869. A year later, Germany's Bavaria, Wuerttemberg and Baden recognized it as well.

It did not take long for Germany to become the leader in postcard production. In the same year, the first legally printed postcard was designed by August Schwarz. It portrayed a German artillery man loading a cannon.

Artists have become interested in the postcard business, as well. The Vienna Workshops published over 900 artistic postcards between 1908 and 1915. Thirteen of them were painted by Oskar Kokoschka.

Those postcards are serially numbered and of high value among collectors. The most expensively traded postcard in Europe was sold for 11,000 euros in 2003.

The rise and fall of postcards 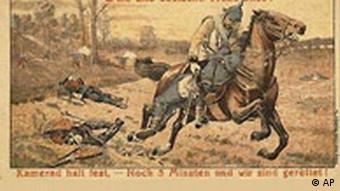 The postcard mania declined after World War I

The growing interest in traveling in the early nineteen-hundreds caused a postcard mania, which reached a high point in Germany in 1903. Some postcard businesses were printing up to 100 different motifs on a daily basis.

In Germany, until 1905, the front portion of the postcard could only hold the name and address of the receiver; the message had to be squeezed onto a white stripe on the image-side of the postcard, so that senders kept it mostly down to "Greetings from…"

Finally in 1906, empty space was included for a message on the left-hand side of the front of the card.

The largest decline in the interest in postcards happened in the time after World War I, as telephones became common, and many countries doubled their postage prices.

For Globe-Trotting Germans, a Call to Be More Critical Abroad

Germany's human rights commissioner has urged German tourists to be more discerning and vocal during vacation in countries with poor human rights. Experts say the call is misguided and out of touch with reality. (20.08.2007)

Berlin's celebrated arts scene got richer this week when deceased collector Heinz Berggruen's heirs said they were loaning the city over 50 works from his collection, including paintings by Picasso, Matisse and Klee. (22.07.2007)

A postcard sent from a prisoner of war camp in Germany in 1942 has been delivered to its address in Serbia after more than 63 years, reported state television in Belgrade. (11.08.2005)