In an interview with DW, The Gambia's President-elect Adama Barrow says his country will remain part of the International Criminal Court. He also promises investigations into human rights abuses. 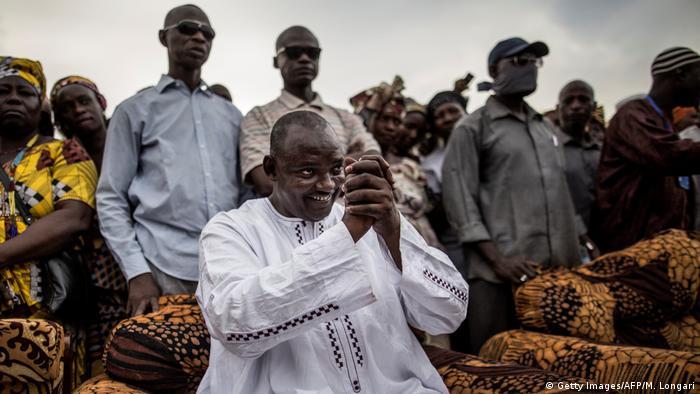 DW: Was it a surprise for you that President Yahya Jammeh was so quick to admit defeat after 22 years in power and called to congratulate you?

Adama Barrow: It was not a surprise. The Gambian people have spoken. When the population speaks, you have to listen. Power belongs to the people. On that note, we thank President Yammeh for taking this bold decision.

You'll assume office in January. What is top of your agenda?

Before you start working, you have to get your men in place. I have to get my cabinet in place and then work will start. In Gambia, everything is a priority at the moment. You have to overhaul almost everything: the economy, the infrastructure, the judiciary, the media. These are all things we have to look at. But as of now, our top priority is to get our cabinet in place and make sure we get the right people.

President Jammeh has been in power for 22 years. There have been a lot of human rights violations in the past which you also criticized. Many of your fellow opposition members are still in prison. Are you going to prosecute the current president? 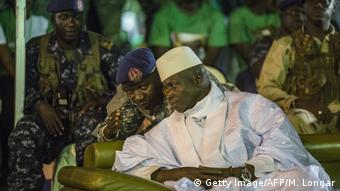 We contested the election on the principle that we wanted change. That change has happened. We do not have anything personal against anybody. But when we take office, we will investigate most of the things that have taken place in this country. When we get our final report, we will act based on that. But we answer everybody: justice will be for all. We will follow due process, nobody should fear anything. We will bring in good laws that will guide everybody.

There have already been calls for a truth and reconciliation commission. What do you think of this idea?

That is part of what we want to happen in this country. There was one in South Africa after apartheid and you have to learn from other countries. I think we will set up something like that to get to the bottom of every truth. Then afterwards we will see what's best and which action Gambia should take based on that.

When we talked the last time, you said one of your first steps would be to release political prisoners. When will they be free?

We are already working on that. We are making a request for that to happen under the current government. I think that will be the first step towards reconciliation. That will be a good package. As you are leaving office, you are leaving a very good trademark. It's better to do it now than later. That's my advice to the government.

President Jammeh left the Commonwealth, he wants to leave the International Criminal Court and he declared the country an Islamic republic. Are you going to change these decisions?

These decisions will change. We will come back to the Commonwealth. We will be part of all international organizations. Gambia needs the international [organizations]. Gambia is a small country, we cannot afford to be isolated. There is no need for us to leave the ICC. The ICC is advocating for good governance. That is our principle. We are already part of the ICC. We will not leave. That is not possible.

What about the Islamic republic?

[There is] no Islamic republic, this is a secular state. We will leave it as it is. Other people are Christians. Others believe in other religions. We will allow it. We just want peace in this country, that is all. We want to move on.

Six months ago Adama Barrow was unknown in the political field, but he has just been elected president of The Gambia: His victory brings to an end more than two decades of Yahya Jammeh's rule. (02.12.2016)

Adama Barrow has defeated Yahya Jammeh, who ran the country for more than 20 years. Jammeh surprised observers by admitting defeat, despite once boasting he would rule Gambia for a billion years. (03.12.2016)