H.C. Andersen House: Fans of the Danish fairy-tale master can now visit the Hans Christian Andersen museum in Odense and experience the stories for real. 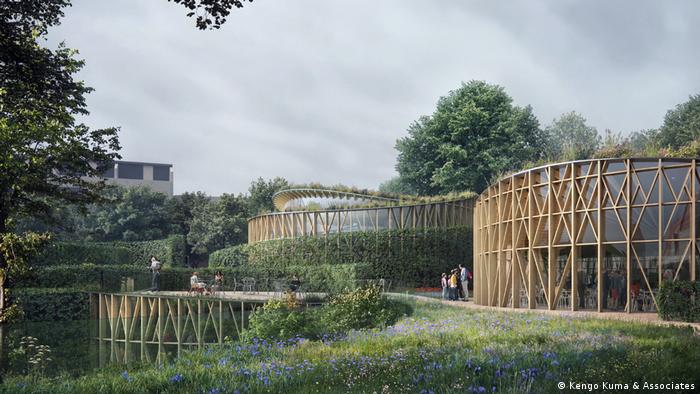 The Little Match Girl, The Princess and the Pea, The Tin Soldier and The Little Mermaid: these are just some of the most famous fairy-tales by Hans Christian Andersen. Altogether, he wrote around a 160 tales, which were published in eight volumes from 1835 to 1848 and have been translated into over 120 languages.

Many of his stories were converted into plays, filmed or made into musicals, and even inspired popular animated pictures like Ariel. Andersen's fairy tales are part of world literature today. 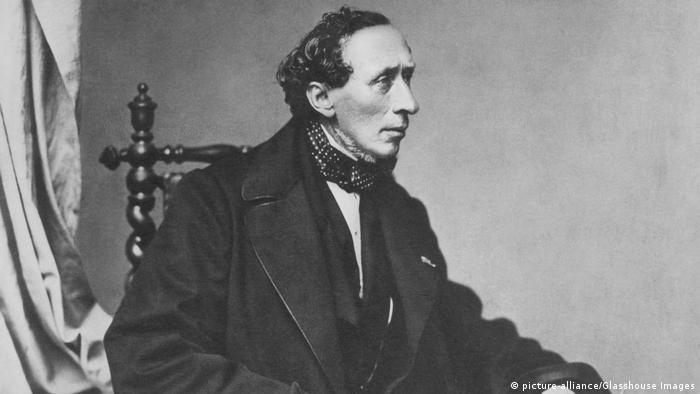 Andersen was inspired by traditional Scandinavian, German and Greek stories, from ancient times to the Middle Ages. Fables, real incidents and natural phenomena also triggered his imagination. In a masterful way, he wove different materials and influences to create the fairytales that we know today. But the storyteller, who was born into a very poor household in 1805, did not only write fairy tales. Very few people know that Andersen also wrote poems, plays, novels and travelogues and was a very talented silhouette artist. 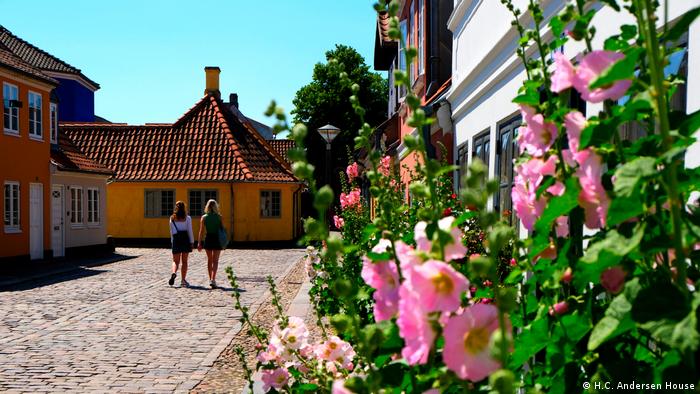 The writer's birthplace in Odense

Andersen loved traveling and he traveled a lot, above all to Germany to visit his friends and patrons Friederike and Friedrich Anton Serre. Germany was where Andersen became famous even before people in his home country knew him — at least in his lifetime. When Andersen died at the age of 70 in Copenhagen, he was already an internationally-known author. Until a short time ago, the house where he was born was a place of pilgrimage for his fans. On June 30, 2021, a new kind of museum opened in his native  Odense: The H.C. Andersen House, in Danish, the "H.C. Andersen Hus." 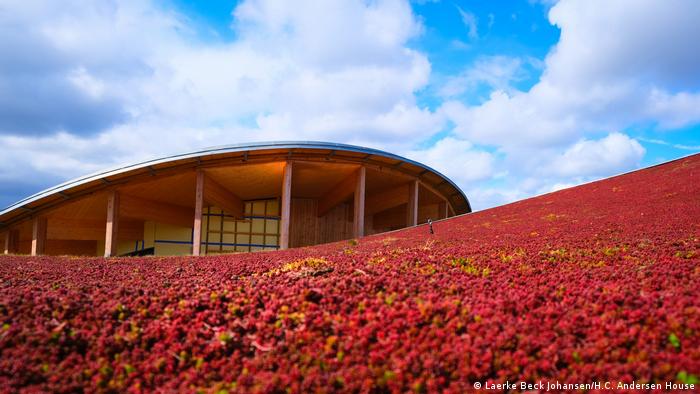 The museum aims to present Andersen's life in a completely new way and to enable visitors to have a sensory experience of his world. Landscape, architecture and modern exhibition design are closely interwoven. The museum was designed by the Japanese star architect Kengo Kuma and his team, which also created the new Olympic stadium in Tokyo. Spread over 5,000 square meters, the brightly lit museum, which is built to merge into its surroundings, invites visitors to dive into Andersen's world. Two-thirds of the museum are underground and above it is a fairy-tale garden. 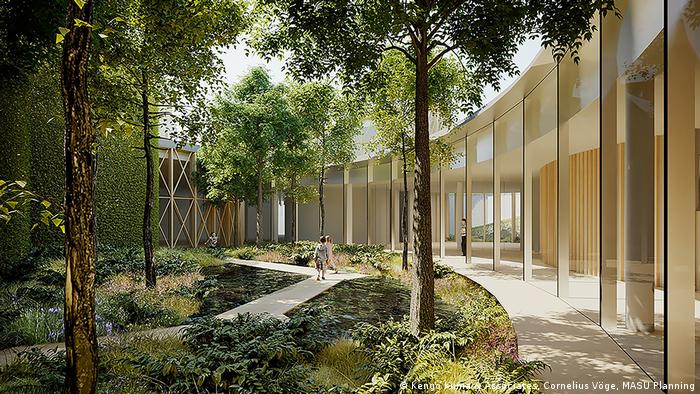 The intention of the Japanese architect Kengo Kuma and his team was to communicate not about Andersen, but like Andersen, according to a press release. The worlds outside the museum and  inside it communicate with one another. From inside the underground museum, which has a lake built on top of it, visitors can glimpse the sky, just like the little mermaid from the story of the same name. 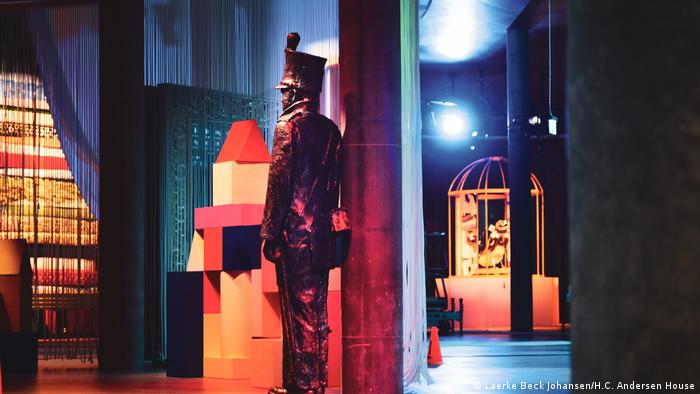 Designed by landscape architects, the "Magic Garden" is embedded in the cityscape of Odense and is meant to function as a public space. Colors, different plants and fragrances are intended to create "conflict between harmony and chaos." Places flooded with light are interjected with bizarre-looking trees or hedges trimmed to have sharp corners. Here, the beautiful co-exists with the uncanny — just like in Andersen's fairy tales. 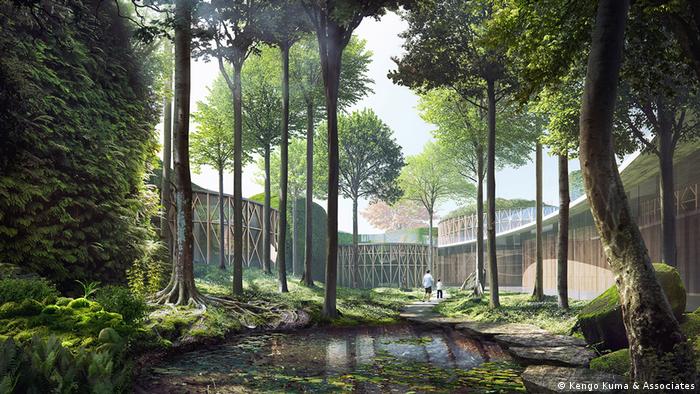 A glimpse of the magic garden

12 international artists have created exclusive works for the museum's interiors. The Danish author Kum Fupz Aakeson and her American colleague Daniel Handler, alias Lemony Snicket, have created different audio experiences in the museum, the composer Louise Alenius has musically interpreted the stories, The Nightingale, The Snow Queen, The Ugly Duckling, and the Little Mermaid. 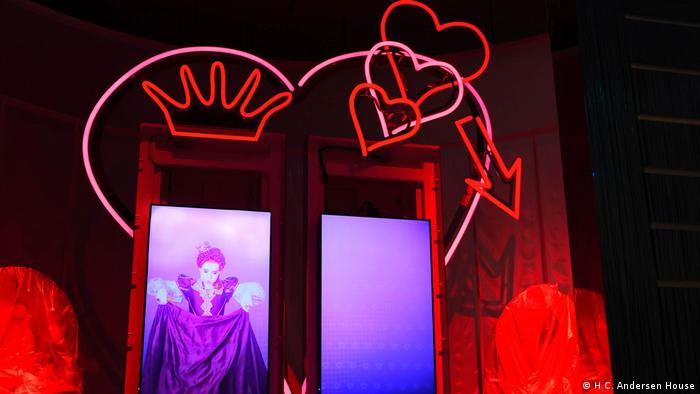 Inspired by the swallow in Thumbelina,  Veronica Hodges has created a fantastic paper installation. Another installation artist, Brazilian Henrique Oliveira placed a massive tree installation in Odense, inspired by The Tinder Box. The artist and the short film director Timothy David Orme has created an animated journey into Andersen's fantasy world. 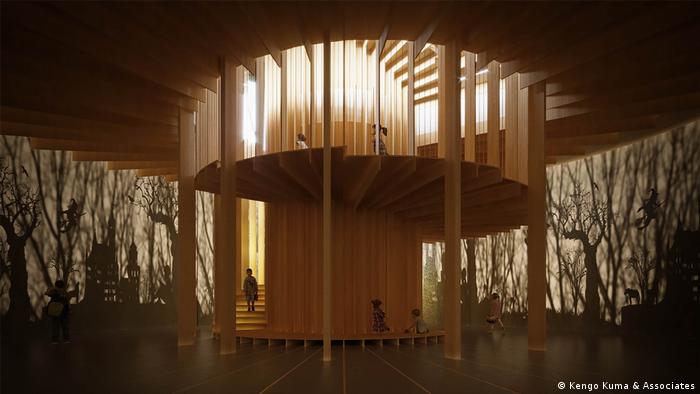 Hans Christian Andersen never thought of himself only as a storyteller for children. It was important to him that socio-critical or satirical elements of his story, which he consciously included for adult readers, were highlighted as much as the fantastic and fabulous. The museum has its own "children's area," including an atelier with the name "Ville Vau," where children can be creative and participate in workshops. Here, Hans Christian Andersen's fairy-tale motifs are made accessible to children.