The emotional wounds of refugee children | Germany | News and in-depth reporting from Berlin and beyond | DW | 04.11.2015

Refugee children experience awful situations while on the run. They do not talk about these traumatic experiences and are often left alone with their suffering. Now, in the city of Ulm, people are trying to help. 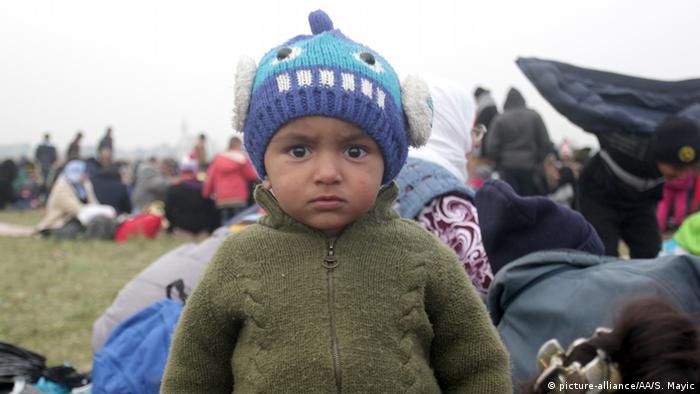 "I was so scared on the boat. I had my little brother in my arms when we fell into the water. I held him in my arms and cried. I prayed to God that I would go to paradise. I thought I was going to die. Death was so close." Farah is 10-years-old. She fled Syria with her family.

"On our journey we had to stay in a Bulgarian refugee camp for five months, it was awful there. We were beaten by the guards," says Namir. He is 12-years-old. His family is Christian and lived in Damascus before having to flee Syria. Some of his relatives were even forced to convert to Islam. "On the way to Germany we were running through a very dark forest. I lost a shoe there and my feet were covered in blood because of all the twigs and thorns. My father had to carry me and my sister. I was hungry and thirsty."

Fight for survival and fear of dying

"My little brother was separated from us during our flight. We couldn't find him for three days. We cried and cried," says Walid. "Nidal was traumatized. He never speaks about it. When we finally found him three days later he cried and laughed at the same time - it was indescribable. If it had happened to me it would have been OK, but Nidal is just a child," says his 17-year-old brother.

Walid became a man during the course of his journey. He fled Syria with his mother and his two younger brothers. His father had to stay behind. "Sometimes my mother breaks down. We all have nightmares. We saw fighters kill two people one night while we were sleeping on the floor of a schoolhouse. I will never forget it. Sometimes Nidal seems to try to injure himself." Walid says his happiest day would be the one when he could finally see his father again. 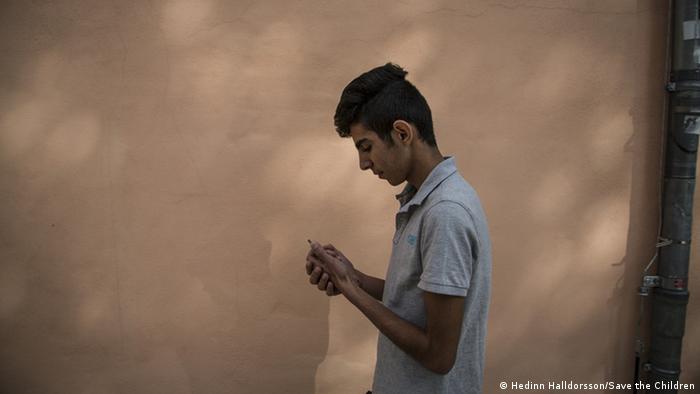 Now grown up: Walid had to care for his mother and two younger brothers

One third of refugees are children

Farah, Namir and Walid's experiences are moving. They are the kinds of experiences that parents try to protect their children from ever having. The desperation of refugee parents is immeasurable. They all have the desire to make a better future possible for their children. According to the German government, one-third of all refugees are children and teenagers.

"We hear stories of terrible suffering," says psychologist Andreas Mattenschlager. He heads a psychological family and life counseling project in the southern German city of Ulm. There, he and his team offer psychotherapeutic support for traumatized refugee children and unaccompanied underage refugees.

"Small children do not experience feelings of security in a specific place, but rather in relationship to their parents," explains the family therapist. "At home, children experienced their parents as strong. If their parents break down on the journey, or are forced to remain behind, the children lose their security."

The experiences of war, imprisonment and torture in their homeland, as well as months of being on the run while fleeing to Europe, is a tremendous burden on children. The isolation and discrimination that are so much a part of the situation in refugee camps just add to that psychological strain. "Sometimes families are forced to spend days and months crammed into small rooms at reception camps with as many as 1,500 other people. That is extremely stressful," says Volker Mall, chair of social pediatrics at the Technical University of Munich and medical director of the Munich Children's Center. 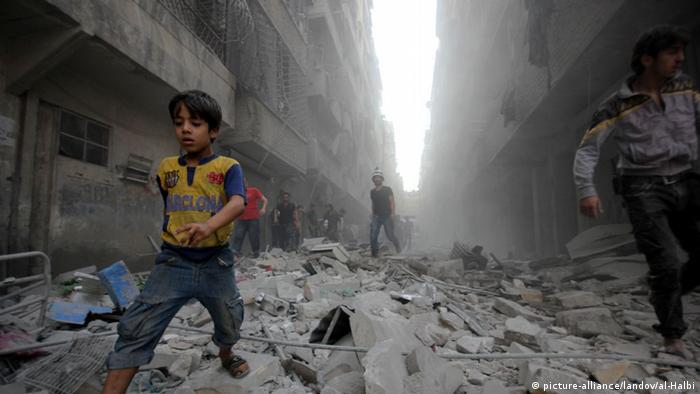 Destruction and violence: Children carry this traumatic burden with them

No trauma therapy for children in refugee families

Mall says that in order to better integrate these traumatized children into German day-care centers and schools, psychotherapeutic help must be developed in a quick and uncomplicated manner. "Our structures are good. We have institutions that can deal with these problems. But some asylum requests take years to be approved," says Mall. German health insurers will not cover psychotherapeutic treatment until the person in need of that treatment has legal residency.

Andreas Mattschlager and his team have taken a decisive step. Once a week, a psychologist offers open consultation hours in a collective accommodation in Ulm.

"The children and the unaccompanied youths have a lot of broken relationships behind them. They have lost their parents, or people with whom they had contact while fleeing. The most important thing for them right now is a reliable contact person," says Mattschlager.

Yet families are often skeptical at first. Mattschlager says that he quickly sensed the fear that information from conversations would be forwarded to the immigration office. Only when a level of trust and a safe atmosphere are established can traumatized children begin to talk about the unspeakable.

German authorities say they have carried out raids, targeting a far-reaching network of people smugglers, in three states. The network is accused of organizing fake air travel documents for asylum seekers. (04.11.2015)

No way out for deported Balkan Roma

Seeking asylum in Germany was a temporary way out of misery for Serbian Roma for years. No longer: more and more of them are being deported, including the Simic family. Nemanja Rujevic reports. (04.11.2015)

Refugees off to Luxembourg under EU relocation scheme

A group of Syrian and Iraqi refugees have left Greece under an EU relocation program aimed at easing frontline countries hit by the migrant influx. The six families will be resettled in the wealthy country of Luxembourg. (04.11.2015)