The durable tenor: Plácido Domingo at 75

He's sung 145 roles and won numerous prizes. He's a conductor, impresario and businessman as well. Is there anything about Plácido Domingo that is not superlative? His ego, perhaps. 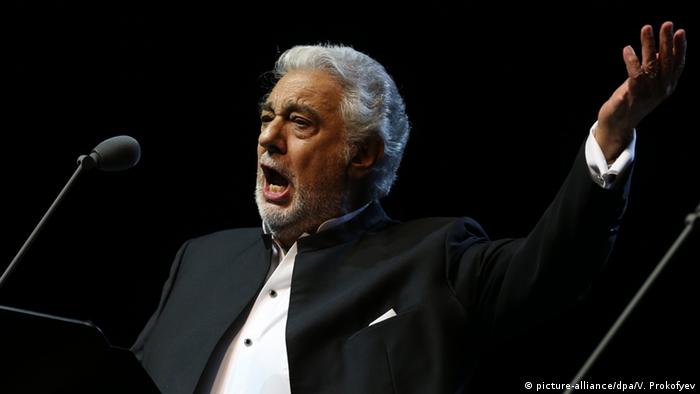 A singer's - particularly a tenor's - career is often over by age 50. But after over 3,700 performances, this septuagenarian's voice has outlasted all the others, retaining its characteristic power, brilliance, color, and nuance. The size of his repertory and the fact that he set a record - 101 curtain calls after a performance of Verdi's "Otello" at the Vienna State Opera - have earned him entries in the Guinness Book of World Records.

Plácido Domingo's name translates literally to "Placid Sunday," but his career continues to run at fortissimo, with five concerts on three continents announced in January and February 2016. Along with Luciano Pavarotti and José Carreras, Domingo set new standards for the reception of classical music as one of the Three Tenors in the 1990s. Appearing at the 1990 soccer World Cup, the three soon had a cult following.

"Living legend" seems in fact too tame a description for Domingo, now General Director of the Los Angeles Opera and an occasional conductor of operas and symphony concerts. Yet he likes to confound expectations, as he did by appearing on the children's TV show Sesame Street and releasing Christmas songs in tandem with German "Schlager" star Helene Fischer. The album astonished fans - both his and hers. 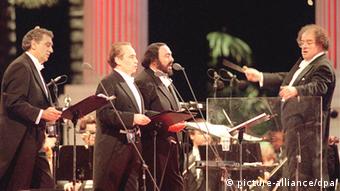 In a television interview in the 1970s, he notably remarked that he knew exactly where he would be at 10:00 in the morning five years onward to the day. That time management seems to work well for the star, who in a new opera production will spend less time in rehearsal than the other protagonists, only to dominate the scene when he does appear.

Music in his blood

Born on January 21, 1941 in Madrid to a couple who were both singers of the zarzuela, a particularly Spanish kind of operetta, Plácido Domingo spent his childhood in Mexico.

Enthused by soccer and bullfighting, he was admitted to Mexico's National Music Conservatory at age 14. By then he had already learned the basics of musical theater at the local theater company his parents had established. Playing piano for a visiting ballet troupe, hosting a music program on a cultural radio station in Mexico City, working as a background singer and taking on minor TV acting roles gave the boy a rounded foundation for a career in music, which officially begin with his solo debut at age 18.

After marrying the soprano Marta Ornelas, who remains his advisor today and who started a late career as a stage director, both singers performed at the Tel Aviv Opera from 1962 until 1965. Two years later came the downbeat to his international career: first in Europe, then with his debut at the Metropolitan Opera in 1968 in New York.

Appearances in Hamburg, San Francisco, Milan, Madrid, Edinburgh, London, Munich, Paris, and Salzburg came in the years following - but Domingo has appeared at the Metropolitan Opera in New York more than at any other theater - singing some 46 roles there in over 800 performances. 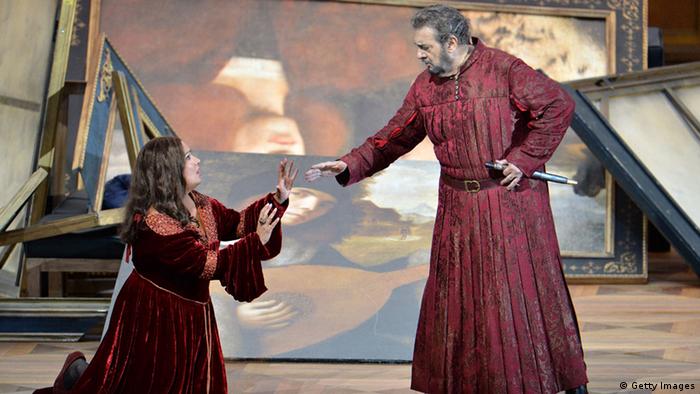 From baritone to tenor and back again

Domingo's core repertory has been in French and Italian opera and centered around the composers Verdi, Puccini and Bizet. But in 1991, visitors to the Richard Wagner Festival in Bayreuth were astonished to see the "king of opera" turn up in the auditorium for a performance of "Parsifal."

He didn't remain a spectator long, however. The following season found him on stage in the title role, astonishing listeners with a soft, melodious, yet vocally powerful rendition of Wagner, proving that the German can be conveyed effectively with a touch of Italian "bel canto." He followed up with performances or recordings of the Wagnerian roles of Lohengrin, Siegmund, Siegfried, and Tristan. 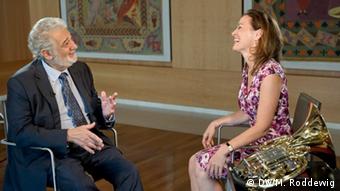 Sitting down with host Sarah Willis of DW's 'Sarah's Music'

In 2007, due to the effect advancing years have on the voice, Domingo switched from the tenor to the baritone range - but he had actually begun his career over four decades earlier as a baritone and had always covered the lower tessitura with richness and strength. One of his most important new baritone roles is that of Simon Boccanegra in the eponymously named opera by Verdi, in which he is slated to appear in the current year in New York, Barcelona and Berlin.

Beyond the stage and the orchestra pit

With an interest in the education and promotion of musical youth, Domingo founded "Operalia" in 1993, a young singers' competition that takes place in different cities annually. Charitable causes also occupy the tenor, who founded a village for children orphaned after an earthquake in Mexico and organized a benefit for victims of Hurricane Katrina in New Orleans in 2005. 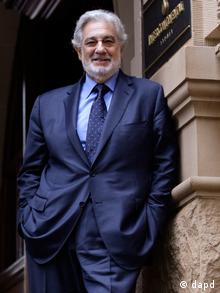 The happiest person he knows

Does the superstar have any thoughts of quitting? Interviewed by Germany's "Frankfurter Allgemeine Zeitung" newspaper in 2009, he said, "I will not sing one day longer than I should. But also not one day less than I can."

That prognosis seems realistic for Domingo's characteristic both-feet-on-the-ground approach, which seems to be grounded in religions faith. The singer has said that he prays before ever performance, "To Cecilia, the patron saint of music, and to Blaise, the patron saint of the throat."

Should the day come - likely later rather than sooner - Domingo might turn his attention to Pampano, the restaurant he owns in New York City, various charitable causes, youth education activities… The list goes on. Meanwhile, the tenorissimo considers himself the happiest person he knows. Happy birthday, Plácido!

It's the wedding of the year in the classical music world: on Tuesday, 44-year-old star soprano Anna Netrebko and her finance, Azerbaijani tenor Yusif Eyvazov, said "I do" at the Palais Coburg in Vienna. (29.12.2015)

Sarah delves into the Sarah´s Music archives with editor Kevin to find and share some of her favourite moments so far. But how to choose? There are so many! See which moments she selects in this special episode. (23.12.2015)

Opening of the Salzburg Festival

With the motto "Inequality," the world's biggest festival in the genres of concert music, opera and theater begins on July 18. The attractions include three new opera productions and a work never before performed there. (17.07.2015)