The couch that opened up the unconscious | Europe| News and current affairs from around the continent | DW | 13.05.2013

The couch that opened up the unconscious

It’s one of the most iconic pieces of furniture in the world, but the couch that stood in Sigmund Freud’s consulting room is now looking somewhat the worse for wear. Now the Freud Museum in London is asking for help. 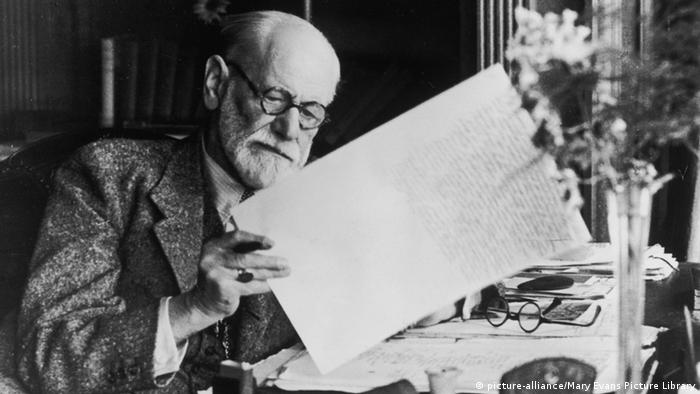 In a quiet residential street in wealthy North London - with only the hum of planes overhead to disrupt the tranquillity - is the house to which Sigmund Freud and his family were forced to flee in 1938 after the Nazis annexed Austria. Freud, who was already in his early 80s and suffering from cancer, had lived and worked for most of his life in Vienna.

He died in London just a year after his arrival there. All Freud's books and belongings had already been installed in the family's new home - and they were lovingly preserved by Freud's youngest daughter, Anna. In the 1980s, the house became a museum.

One of its centerpieces, according to its director, Dawn Kemp, is Freud' study: "Looking straight ahead, we've got Freud's desk, a very curious chair that's almost dada-esque in its shape: surreal-looking, like someone's sitting there made in leather." 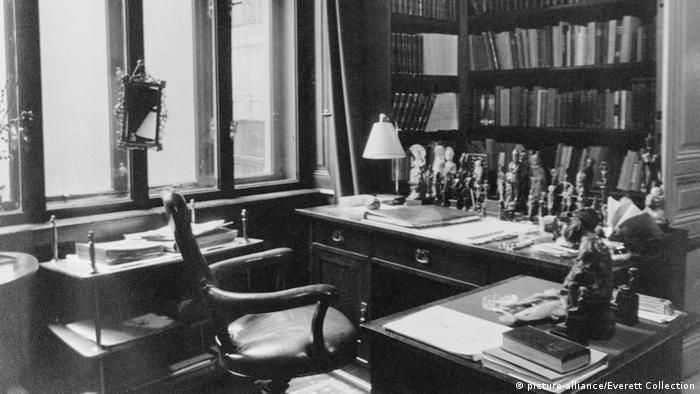 Before moving to London: Freud's office in Vienna

The truth, in contrast, is almost sobering. "In fact it's an old dental chair that Freud acquired in Vienna," Kemp explains, before moving on to one of his favourite items: "On his desk, where there's some of his original writing, are his glasses, his small round signature glasses."

From asylums to the couch

And then there's the famous couch. It sits low to the ground covered in an oriental rug sporting reds, dark blues and creams. You can't see underneath it but it's rectangular in shape. And at one end there's a raised section or bolster - all in all appearing rather comfortable. 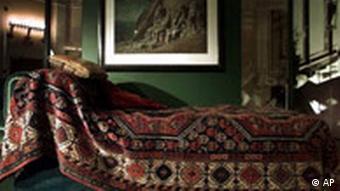 As one of the most prominent pieces in the museum, it's also one of those that worry Kemp the most: "It looks quite lumpy as you can see. That's one of the reasons why we'd like to give it a bit of a repair. It's needing its interior life sort of... improved."

The couch was the key to Freud's approach. Rather than interviewing them face-to-face in a clinical manner, Freud had his patients lie down, turned away from him, so that they would be more comfortable revealing their deepest thoughts. It was the way Freud listened to patients that made him a pioneer in the treatment of mental health problems - which until that time had largely been dealt with in asylums.

It's together with this couch that Freud got insight into the deepest chasms of people's minds: "If you can imagine people that have come for help, have been in mental turmoil and pain," Kemp says, "I think you would be hearing some of the most tortured stories that human beings can tell."

Guided associations that make a story

One of those tortured stories was told by Freud's most famous patient - the Wolfman - so-called because he had a childhood nightmare about wolves in a tree outside his window. Freud interpreted this dream as a reversal of the child witnessing what he called the primal scene - or the parents' copulation. 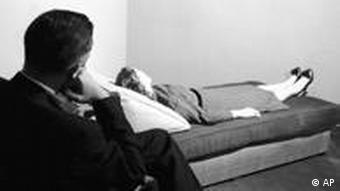 Freud's approach had his patients face away from him

According to Freud expert Stefan Marianski, the psychoanalyst's method in this case was typical of his work: He set up questions which would enable his patient to bring associations to the dream. "So for instance in the Wolfman case, the Wolfman's dream is interpreted through a series of questions that he addresses to the patient. And to each of these the patient seems to connect a story, or a certain memory, a memory of the whiteness of the sheep in the fields near his home, things like this."

In the end, Marianski explains, it's through this process of associating each of the different elements of the dream, that the Wolfman - Freud's patient Sergei Pankyev - manages to piece together what Freud then turns into a very ambitious but very interesting construction.

Often a challenge for the patients

Freud developed this process of "free association" - where previously doctors had relied on hypnosis to access people's memories. Freud, however, claimed he wasn't a very good hypnotist; therefore he instead allowed patients to say whatever came into their mind, without censorship. Even though this wasn't hypnosis, the method posed its own challenges.

"That [associative thinking] was often quite difficult for the patients to do," Marianski says, "for example in the case of the rat man, another of Freud's famous cases. He was about to describe this horrendous torture he'd been told about that involved rats, and he sprang off the couch and begged Freud not to make him bring up this memory! And Freud said 'well, I'm sorry, but I can't break the rules you could just as well ask for the moon.'" 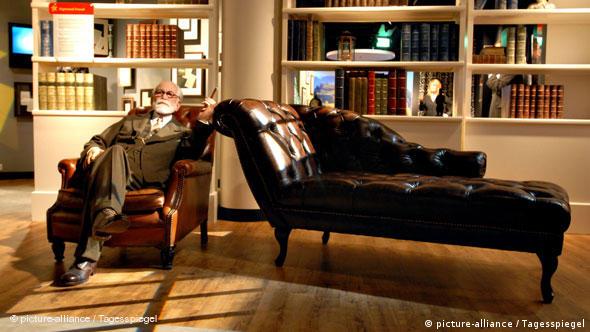 Today, Freud remains as controversial as ever. The very idea of his main field of study, the unconscious, is still difficult for some people to accept. After all, it presents the notion that we're not in control and that we're motivated by forces we're not aware of.

At the Freud museum in north London, its team hopes that experts can start work on the couch and other items in Freud's collection later this year - to not only preserve the psychoanalyst's ideas, but also glimpses of where some of the most famous moments in psychoanalytic history happened.

Italian politics in search of the father figure

'To understand the Italian elections, you need to study Freud,' says a well-known Italian pollster, who believes that most Italians are just looking for a father figure. Alessandro Amadori talks to DW: (22.02.2013)

She was a psychoanalyst, feminist and writer. She enjoyed provoking people, hated conventions and narrow-mindedness and co-wrote one of Germany's most significant post-war books. Margarete Mitscherlich has died aged 94. (13.06.2012)