The cost of feeding a Bundesliga team

There's no doubt how much money there is in football, but what about the financial and environmental cost of feeding a squad of players over a whole season? And is the current way of doing things the most effective? 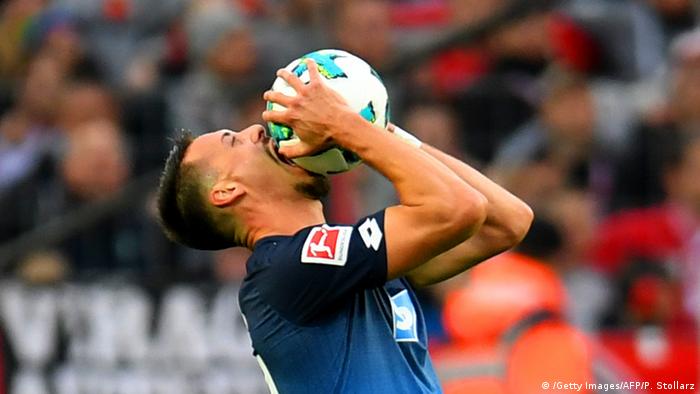 As if we needed any reminders, the January transfer window showed once again just how much securing the services of top-level footballers can cost. But what about a different kind of price. How much does it cost football clubs to feed their players?

In October 2017, ESPN wrote an article investigating the amount of food a National Football League (NFL) team goes through in a week. While the needs of an American football are different to that of a football team – larger squad, greater body mass variety, different kind of diet plans – the amount of food was still remarkable. At the team's canteen, 700 pounds (317.5 kilograms) of rotisserie chickens and 500 pounds of grass-fed beef imported from New Zealand are served a week. Imported grass-fed beef is not cheap, and must cost an NFL team hundreds of thousands of dollars a week.

Football's doors are far more closed when it comes to such intimate team details. Team size prevents the numbers from being anywhere near that of an NFL team, but a look would be intriguing.

One Bundesliga nutritionist, who spoke on the condition that his club not be identified, revealed to DW some of the details of his club's kitchen. Each week, they use 66 pounds of meat, 44 pounds of fish, 15 liters of milk, 18 pounds of yoghurt and around 180 eggs. All the food is organic (raising the price) and while this food accommodates all of the club's staff, half of them are players. The two-person nutritionist team serves two meals a day – one pre- and post-training – roughly totaling 10-12 meals a week. That's a lot of food.

While the price of organic food is variable, organic meat is the easiest to get an approximate pricing on. In Germany, organic meat costs around €10 per pound on average. This roughly equates to €660 a week spent on meat alone.

On average, 132 pounds of meat per person per year was consumed in Germany in 2017.

"It's around twice as much as the recommended amount for adults in Germany. The amount is per capita, which includes children, and even if you take that out it's still twice as much as the DGE (Germany's Association for Nutrition) advises. It's much more than we considered to be sensible," nutritional physiologist Professor Peter Stehle from the University of Bonn said. 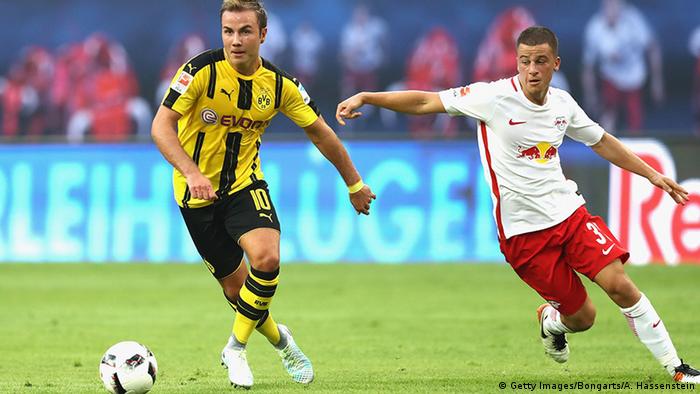 The numbers behind feeding any large-sized business are most likely terrifying, but the difference in football is the focus and importance of the players' physical state. It's a big part of what allows them to perform so consistently at such a high level – and that's what makes their food requirements so intriguing. When you consider 66 pounds of meat a week for a Bundesliga team – which is 264 pounds a month and likely over 2,000 pounds a season – it begs the question; is it really necessary?

"Ecologists in Germany say that we should reduce our meat intake drastically to protect the environment... That's certainly true," Professor Stehle said. "The story is clear. We don't need to eat as much meat and if we were to eat half the amount we do now, we'd still get what we need for our health. In terms of the environment, the sheer amount of meat produced is problematic."

The same question can be asked of football clubs: Do players need to eat this much meat to get the nutrients they require?

"The amount of protein an average human adult in Germany already eats is 1.2 grams per kilogram of body weight. This is far more than the 0.8 that we recommend," Professor Stehle said.

If you consider 1.5 acres (0.607 hectares) of land can produce 37,000 pounds of plant-based food, but only 375 pounds of beef, as Richard Oppenlander states in his book Less Meat, and Taking Baby Steps Won't Work, then the numbers don't seem to add up. Add to that the water and financial saving as well as the nutritional gain of plant-based food production, the choice seems clear.

But financial and environmental savings are not at the heart of sport — results on the field are. For most, a change in diet is made in an effoer to gain an edge, to improve an athlete's chances of winning. German strongman competitor and former bodybuilder Patrik Baboumian eats a plant-based diet, but it doesn't stop him squatting 310 kilograms. This past season, the Tennessee Titans made the NFL playoffs for the first time in a decade – with 14 of their players reportedly on a vegan diet. "There is no science that says athletes can improve their performance through being vegan," Professor Stehle noted. "But they can of course get the nutrients they need to perform on a vegan diet."

"There are certainly some who with intensive research can get the necessary amino acids and proteins. If you chose to be vegan then you have to make sure you check how you combine your food to get all the necessary nutrients. I can imagine with the right research and perhaps even a consultant, it is possible [to be a player on a vegan diet]," he said.

The choice though, is ultimately up the club and the player.

"Every player must decide for themselves and footballers already have to consider a great deal in terms of their nutrition – what can I eat, what can't I eat, what do I have to eat on a matchday. I would never tell someone they have to change their diet to be more vegan," the Bundesliga nutritionist said, before adding that one player in his club's squad once temporarily tried a vegetarian diet, but that now there are no vegetarians or vegans on the team.

While pro vegan groups petition and plead for the world to take note of their findings, the individual still has to decide for themselves – including football clubs. Nevertheless in a world driven by money and obsessed with numbers, the choice to reduce the amount of meat, fish and dairy and increase dietary knowledge would be to the advantage not only of football clubs and their players, but also to the world as a whole.