The business of improving government efficiency | Business | Economy and finance news from a German perspective | DW | 13.03.2020

The business of improving government efficiency

Can governments be run more efficiently? Yes, say founders of a new wave of startups that are helping municipal agencies make better use of the vast stores of data locked away in obscure government databases. 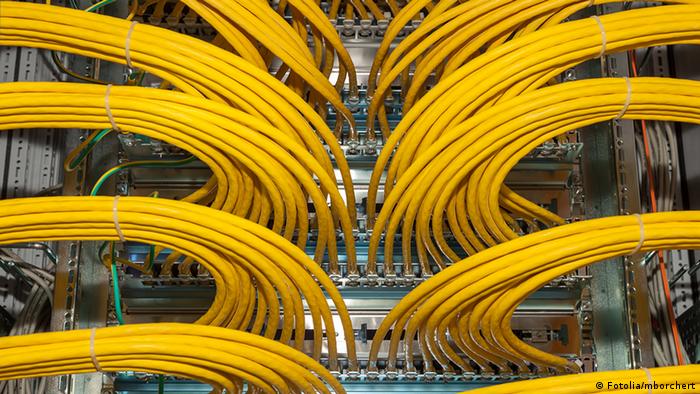 Mike Wedel is a senior administrator for the municipality of Oranienburg, a town about 40 kilometers (25 miles) north of central Berlin in the state of Brandenburg. His job is to coordinate the activities of the town's various services — the street cleaning, schools, kindergartens, registries and so on.

The mayor and town council decide on priorities; Mike Wedel makes sure the services decided on are delivered. That means making sure the town has enough staff, buildings, and equipment in the right quantities, the right places, at the right times.

To do that, he told DW, "we need a lot of data. For example, if we want to know how many kindergarten minders to hire over the next couple of years, and whether we need additional buildings, we want to know how many families with small kids are registering in the municipality, what the kids' ages are, and where they live, so we can plan what we'll need."

Municipalities have a great deal of data stored on their computers, Wedel explained, but the data are siloed in different places, in different Excel tables used by different teams or departments, or in other databases of specialized, task-specific programs. This makes it hard to connect the dots and get a full picture of how the different programs, resources and planning requirements of the municipality relate to each other.

That's why for the past year, Mike Wedel has been collaborating with a Berlin-based startup called Polyteia, which claims it can solve this problem for him.

Polyteia specializes in helping municipal governments mine the storehouses of data in their scattered databases, and weave them into a useful, accessible whole, with an easy-to-use user interface that allows city administrators and elected officials to find the information they need easily and quickly, in formats that include visualizations and critical outputs.

Creating these interfaces isn't rocket science, as Polyteia founder Faruk Tuncer admits. It's simply a matter of deep-diving into the work processes and disparate databases typically employed in German municipal administrations. That's why it has been so useful for the startup's programmers to work closely with Mike Wedel and his staff — they're a case-study of a typical medium-sized municipality.

Polyteia's software is still in development. It cannot simply be downloaded and be instantly ready to use, nor will that likely be the case in future. Polyteia staff have to sit down with a municipality's administrators to understand their requirements, assess the jumble of existing databases, and fine-tune Polyteia's standard user interfaces to the individual case.

But, as Tuncer told DW, "there are strong similarities between different municipalities and their needs — all of them except the tiniest hamlets administer schools and daycare centers, for example," and so Polyteia's basic packages can be readily fine-tuned to individual municipalities with a moderate amount of effort. 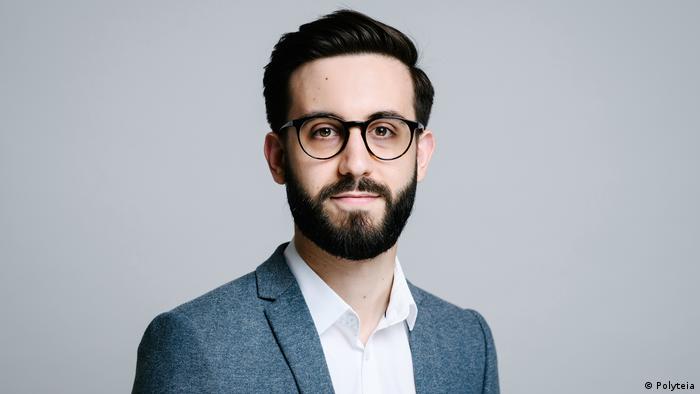 The company's business model is to charge a municipality an annual subscription fee of a few thousand euros per module, which covers the cost of installing the software, connecting up the existing databases, and providing ongoing help. A module might, for example, be designed for managing the municipality's childcare system.

"At the end of the day, what we offer enables a municipality's elected officials and staff to achieve more efficient decision-making, based on better and clearer data, more quickly accessible and more joined up," Tuncer said.

He intends to continue developing his company's software with various levels and agencies of government, hoping to contribute, step by step, to making the thorough, yet often cumbersome processes of German government quicker and more efficient. Time will tell whether the potential efficiency gains of Polyteia's approach are as large as Tuncer hopes.

Polyteia isn't the only startup working on improving the efficiency of government agencies by providing novel software. There's a whole new industry emerging dedicated to just that. It goes by the jargon term "GovTech." There was a one-day GovTech Summit held in Paris in November of last year, which attracted luminaries like Canadian Prime Minister Justin Trudeau along with crowds of startup entrepreneurs and bureaucrats.

Polyteia is advised and supported by an incubator called PUBLIC, founded four years ago in London by Daniel Korski, a former high-level senior policy adviser to Conservative Prime Minister David Cameron, and venture investor Alexander de Carvalho, a Harvard history graduate. After launching in the UK, PUBLIC now has offices in France, Denmark, and as of mid-2019, Berlin as well.

Nils Hoffmann, 30, head of GovStart Germany, PUBLIC's Berlin office, explained what he does: "So far, GovStart has five startups we work with in Germany. We invest time and advice, not money — at least not directly. We do help our startups find money. In exchange for the support we give, we take some of the startup's equity — a low single-digit percentage."

Vialytics gives smartphones loaded with its software to municipalities to affix behind the front windscreens of their dump trucks as they drive their rounds. The smartphones take pictures every five meters, according to Hoffmann, and the company's artificially intelligent software automatically recognizes problems like potholes that need to be fixed, records their location and the associated pictures, and uploads the data to the municipality's street maintenance department.

Is Vialytics a genuinely useful solution that will noticeably increase the speed with which potholes get filled? Or a gimmick less useful than having a municipal employee drive the streets looking for potholes? It may be too early to say.

Whatever the merits of PUBLIC and its particular suite of startups, it does seem very plausible that there's plenty of scope for GovTech startups to help governments improve their decision-making and efficiency. May a thousand startups bloom. As ever, most will fade away, and a useful few will endure.

Estonia is one of Europe's digital pioneers. Most of the country’s government administration is managed online. Estonians start learning how to use the technology in programming classes at school. (17.01.2017)