Ron Howard's Beatles documentary contains never-before-seen footage of the Fab Four on tour. "Eight Days a Week - The Touring Years," released 50 years after the band's four-year nonstop tour, shows why they broke up.

Even today, decades after their split, The Beatles remain one of the world's most successful and best known bands. Their aura has carried on, with the foursome still capturing the hearts of younger generations. They wrote rock and pop music history and played a part in the cultural evolution of the second half of the 20th century.

A film full of surprises

Much has been said about the four musicians: John Lennon, Paul McCartney, George Harrison and Ringo Starr. One might think the history of The Beatles has been exhaustively told. It's not as if director Ron Howard, with the documentary "Eight Days a Week - The Touring Years," which premieres Thursday, had to rewrite history.

It is likely that more or less every detail of the band's story as told in Howard's film has already been documented elsewhere - in books, films and documents of every kind. Even the photographs and film sequences that the director had put together are nothing new. Most are from the years through 1970. 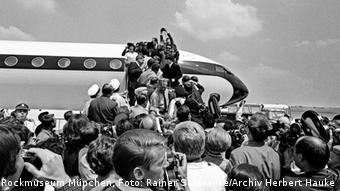 The band played 800 concerts in four years, including several in Germany

There are, however, current interviews with two of the surviving band members, Paul McCartney and Ringo Starr, as well as with a few of those who accompanied the band and some of their prominent fans.

Yet "Eight Days a Week - The Touring Years" is a powerful film. It shows things that were only rarely or never before seen - or at least things which were never shown on the big screen.

The film likewise brings back memories for those who are old enough to have them. Sitting in the movie theater, it is astonishing to realize just how big they appear to have become, contrasted with how short their history together really was.

If you only consider the years in which the band performed live in public, as Ron Howard has done here, then the history is just four years. It kicked off in the summer of 1962 and by 1966, the good times were over - closed off with a legendary concert in San Francisco, which went wrong for many reasons. It is said to be the last the band played in front of a large audience.

Four years of performances is an unthinkably brief episode that brought so many things rolling. That is the miracle story that is portrayed in "Eight Days a Week - The Touring Years." 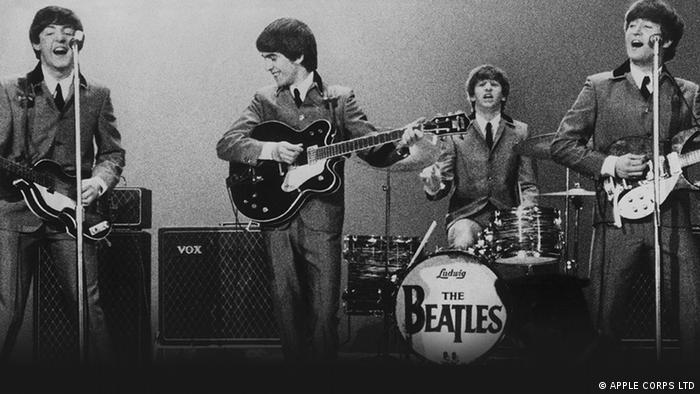 The Beatles' time together was very short - relative to their success

Beatlemania and the birth of hysteria

Another element that calls attention is the excitement that so many fans felt. "Beatlemania" unleashed unprecedented fan hysteria, with screaming and fainting girls and a fully uninhibited young public. The film captures that mass hysteria, reminding us that it is not something limited to the digital age. Just the opposite. Today, when pop stars want to capture the hearts of millions, the channels for doing so are there, via the internet and global media. In The Beatles' time, however, that was something unheard of

The men credited with discovering The Beatles - Brian Epstein and George Martin - were certainly geniuses in their own time. Yet they didn't know how to handle the band's incredible success; if they had, The Beatles would have continued playing together longer, well after 1970, and would not have burned out so early.

Today, pop stars are taken under the protective wings of managers who develop their careers and accompany them into the global music industry. During the era of The Beatles, however, that was different - something the documentary makes clear. The four musicians are shown as simply overwhelmed, the managers were overwhelmed, even the security personnel in the stadiums and concert halls were overwhelmed. 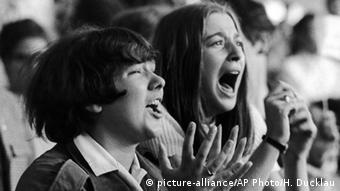 Could Justin Bieber's fans have kept up with Beatlemania?

Ahead of their time

"Eight Days a Week - The Touring Years" really drives home awareness for just how ahead of their time The Beatles were. With their popularity, the four men from Liverpool crossed many lines within society. In the end, that hindered the band and ultimately contributed to their break-up.

In 1965 and 1966, the members of The Beatles had grown increasingly annoyed with the conditions in which they had to make music. At some point, they simply had no desire to continue to create and no longer had fun with music. They stepped off the stage - a move that in today's uninhibited, narcissistic culture would be unthinkable.

Click through the Spotify playlist below for a selection of top Beatles hits.

It's been a big week for ex-Beatle Paul McCartney. Not only has he signed a landmark contract with his former record label Capitol Records, he also had a date with US Democratic presidential candidate Hillary Clinton. (18.08.2016)

June 1966: When Germany went wild over The Beatles' blitz tour

Before The Beatles set out on their blitz tour of Germany in June 1966, "Beatlemania" hadn't yet infected Germany. They swooped in for six short shows - and the hype surrounding the English musicians proved contagious. (22.06.2016)