The Battle for Munich's Skyline

Munich's architectural visionaries dream of a skyline dotted with tall towers, but opponents argue that skyscrapers don't belong in the Bavarian capital. This weekend, city officials are putting the matter to the people. 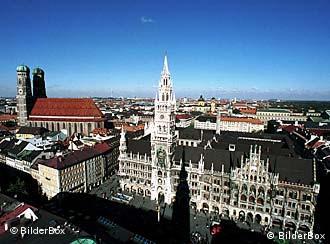 Munich is best defined by its church towers, some residents say

With the Alps within easy driving distance, Munich has one of the most dramatic backdrops nature could offer. The city's most famous landmark is currently the Frauenkirche, or Church of Our Lady, with its twin towers rising 109 meters (around 358 feet) into the sky.

A vocal group of purists led by a former Munich mayor would like to keep things that way. Georg Kronawitter started an initiative to limit the height of new buildings to 100 meters in response to plans to build three new high-rise buildings in the Bavarian capital. Should the projects be approved, Munich would be in danger of losing its "uniqueness," Kronawitter said. 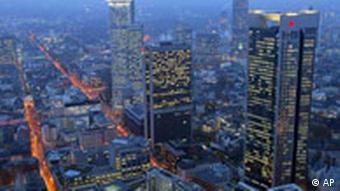 Members of Kronawitter's camp also object to the possibility of Munich becoming a second Frankfurt am Main, which is often referred to as "Mainhattan" because of its New York-style skyline.

But leading the side in favor of more tall buildings is Munich's current mayor, Christian Ude. And he's got a broad alliance of industry leaders in his corner. Munich needs to keep up with "contemporary architecture," they argue, adding that high-rise buildings are the best way to create more office and living space without creeping into the green belt on the city's outskirts. 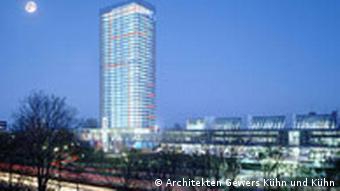 A rendering for a proposed Munich office tower for Süddeutscher Verlag, which publishes Süddeutsche Zeitung.

Now it's up to Munich residents to decide which camp has the better arguments. On Sunday, all inhabitants will have the opportunity to vote in a referendum, regardless of their nationality.

A sampling of opinion in Munich's newspapers found equally strong voices for both sides.

"We don't need these modern glass towers in Munich," one man told the Süddeutsche Zeitung. "Some might say that's rather provincial, but that's Munich."

Other residents say the image of Munich as a sleepy Bavarian town is passé.

"We don't live in a village," one woman complained to the Münchner Merkur. "People who want to live without high-rise buildings should just move to the countryside."

But unless voters pay careful attention on Sunday, the vote may not reflect the true strength of feeling on either side. That's because the way the referendum question has been phrased, those against more tall buildings actually need to tick "Yes," while those in favor need to tick "No."

Cologne residents are fiercely proud of their 13th-century Gothic cathedral, also a UNESCO World Heritage site. But the landmark could be stripped of its special status because of the city's lofty building plans. (July 10, 2004)

A Victory for the Old in Berlin

With the opening of Bertelsmann’s new Berlin headquarters and plans to reconstruct Hohenzollern Palace, someday, Germany's capital is looking back to the future. (Sept. 11, 2003)

The Berlin-based architect Francis Kere has become the first African to win the most important prize in architecture. By using local resources, he developed a pioneering style.

In the coming decade, China is expanding its plans for sponge cities. They can help prevent flooding, promote biodiversity and cut emissions. But what exactly are these cities and how do they work?