DW talks to Joshua Oppenheimer, whose film has caused a sensation at the Berlinale. In 1965-66, some million so-called 'communists' were massacred in Indonesia. Their killers tell the story in 'The Act of Killing.' 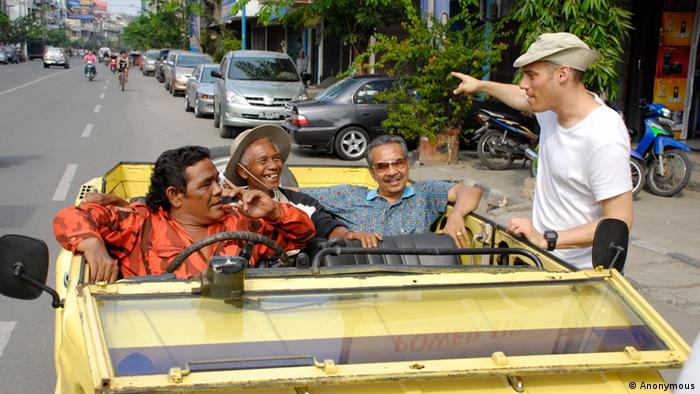 DW: What was the idea behind the film?

Joshua Oppenheimer: You have a situation where the perpetrators of genocide have won and built a whole regime of terror on a mountain of corpses, a regime where they celebrate what they've done, both to reassure themselves that it's OK so that they can live with themselves and also to keep the rest of society afraid because it's scary to have mass killing celebrated and dangled before your eyes as a threat.

I came to this through a community of survivors who were too scared to tell their story - every time I tried to film we would get harassed by the police or the military, somebody would get detained, yet we thought it was very important to break the silence. They said "Josh, this is so important, go talk to the killers, they'll talk to you - they talk about this to everybody." I found that to be the case and that the killers were not giving me sober testimony in an effort to remember what they did but actually were eager to show off about what they did. I asked myself, what's going on here? Who do they think I am? How do they think I see them? How do they want me to see them? How do they want their society and the rest of the world to see them? How do they see themselves really?

The process of re-enactment did not emerge overnight. Anwar [Congo] was the 41st killer I filmed and everyone was boasting - I could have made an ensemble piece with many people, piecing together what happened with various reenactments.

But Anwar caught the attention of my filmmaking because he was honest in a way, he had a sort of stone in his shoe, his remorse - not his remorse - his trauma, his brokenness, the way he was haunted by what he did was so close to the surface that it was as if he was performing. Through this and his boasting, I felt he was trying to work something else out - he wasn't just glorifying himself, he was trying to work through some kind of pain.

I came to understand that if I just let them stage themselves, let them go all the way, I would find the answers to the above questions. So here's a film where you have seemingly unrepentant death squad leaders dramatizing their memories of genocide.

Why did you actively concentrate on the killers?

I have a lot of material about the survivors and that's going to be another film. But there was a clear decision that if we brought the survivors in as characters, the audience would immediately identify with them and see the killers as monsters; but the very thing that the film is struggling to do - which is to talk about the nature of evil and how human beings do this to each other - would falter because we would not see them as human beings. But I do think the victims haunt every frame of this film.

What do you want to happen now that you've made a film on behalf of the survivors?

The National Human Rights Commission of Indonesia published an 850-page report about what happened in August and made various demands, all of which I agree with. The report was rejected by the Attorney General. 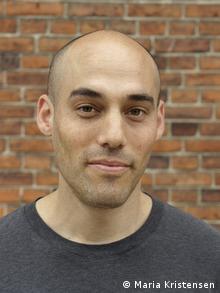 Joshua Oppenheimer plans to make another film focusing on the survivors

Some demands are very simple - there should be a truth commission as you cannot have reconciliation without truth and the president should apologize on behalf of the nation. He wasn't involved in the killings but he's an army general who has risen to his position through an institution that was totally corrupt, totally violent and totally disregarding of human rights and was the main actor in the genocide - they were the ones masterminding the death squads and in some regions they were doing the killing themselves. Of course, there should be a process to bring the real masterminds to some kind of justice, even in absentia as many of them are dead. I would add three other things that need to happen.

The perpetrators enriched themselves and meanwhile a huge swathe of society was accused of even being related to people who were accused of being communist or leftist in some way or another - they were denied access to secondary education, they were made to do forced labor for the military, they were extorted by village officials and they were denied access to jobs. Consequently, a huge part of the population has been impoverished. Not to mention the costs associated with broken homes when husbands were taken away and killed, mothers were taken away and killed, or rape - there's poverty, there's brokenness. There needs to be an effort to rehabilitate them and pull them out of poverty. That's what I want to see.

What are your hopes of seeing this?

My hopes are that Indonesians take and show this film and use it to tell stories, break the silence and never go back and find the courage to stand up and hold their politicians accountable.

The film has caused a sea change in how Indonesia sees itself and the discussion in Indonesia. It has screened 270 times since December, in 91 cities and has provoked 500 articles, all but five of which were positive. Werner Herzog told me, "Art doesn't make a difference Josh, until it does." I'm so proud to be part of the moment where art is making a difference.

However, I can't go back to Indonesia to shoot another film. Indonesians are open and wonderful - I love Indonesia and this is in fact my love letter to Indonesia.

The new James Bond thriller, Skyfall, is just one of several dozen foreign films that China allows into the country each year. But Her Majesty's secret agent still cannot do whatever he pleases in the Middle Kingdom. (28.01.2013)