Thailand′s sectarian war rages outside public eye | Asia| An in-depth look at news from across the continent | DW | 26.03.2013

Ignored and nearly invisible to all but the locals, a war between Muslim separatists and the Thai military is raging in the south of the country posing a serious challenge to Bangkok as the conflict escalates. 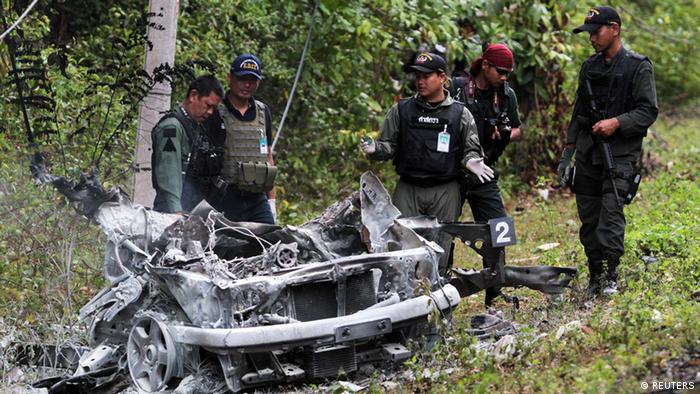 In Thailand's southern most provinces Pattani, Yala and Narathiwat, on the border to Malaysia, Muslim separatist groups have for years been fighting against state control and for more autonomy. 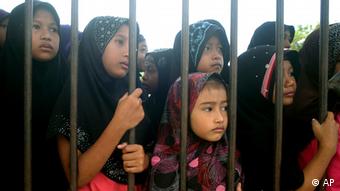 They have carried out attacks on police stations, used car bombs and sprayed stores and other public buildings with machine gun fire. They have threatened shopkeepers who have their stores open on Muslim holidays. They behead people they suspect of sympathizing with the government in Bangkok.

Such incidences are taking place almost on a daily basis just a few hundred kilometers away from Phuket and the idyllic tourist destinations of the west coast.

In December, the International Crisis Group (ICG) published a study which said there was a bloody civil war going on in the south of Thailand which was becoming more violent and brutal by the day. Over 5,000 people have died since the wave of violence broke out in 2004.

Around two million people live in the southern provinces. The majority of them - 80 percent - are Muslim of Malayan decent. Many of them speak Malay. Together, however, they make up only a small fraction of Buddhist Thailand's 66 million inhabitants. For hundreds of years, the southern region of the country belonged to the Muslim Sultanate of Pattani, but has been governed by Bangkok since 1902.

Rebels without a cause 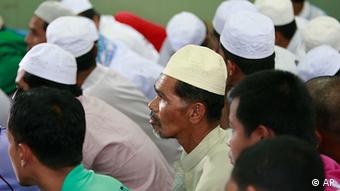 Some Thai Muslims in the south feel marginalized

The rebels' objectives are unclear, Jim Della-Giacoma of the ICG told DW. They have no concrete negotiating position.

"What we see is an insurgent movement of Malayan Muslims who want more autonomy in the south, but we're not quite sure where their position lies in terms of the balance between seeking independence, which may be unrealistic, or just seeking some greater level of self-determination, "explained Della-Giacoma.

The ICG study described the movement as a network of small militant groups organized at village level. It said village committees recruited new members, financed campaigns, spread propaganda and passed on secret information among themselves. Such guerrilla tactics allowed them to keep a low profile and quickly pull back if necessary.

The state has counted on the military and has been supporting the militarization of the region. Currently, there are around 65,000 soldiers, paramilitary troops and police stationed in the southern region. The army has also armed a further 80,000 local Buddhists with guns and given them training to use them.

The military is not fussy when it comes to dealing with rebels. According to Human Rights Watch, the army often kidnaps suspected insurgents, tortures and kills them. Special legislation such as martial law, allow the army to do this with impunity. 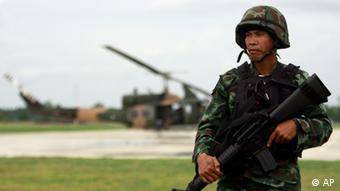 'The army does not want to give up control'

Rights organizations have long criticized these laws, which give the military too much power and encourage abuse. Sunai Pathak of Human Rights Watch said the situation was exasperating.

For the past nine years, he explained, "we have had numerous cases of extrajudicial killings, which have gone unresolved; of abductions, disappearances, torture and arbitrary arrests. And almost none of the cases have been solved. None of the officials have been punished for their crimes." The rebels have used this as a justification for violence, which, in turn, has led to reprisals by the military and harsher crackdowns.

"The violence is a continuous spiral; a vicious circle," Pathak said. "The ones who suffer, the ones stuck in the circle, are the local people." Around 90 percent of the victims are local civilians.

"The government must ensure that such illegal practices are no longer used, and if they do occur that the perpetrators are punished," said Pathak, adding that this was the only way Bangkok could regain trust in the population.

Most of the Muslims living in the south of Thailand are considered moderate. But many of them feel the central government in Bangkok treats them as second-class citizens. In their view, past efforts by former governments to establish a platform for peaceful dialogue have been insufficient. 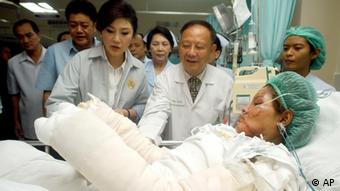 Prime Minister Yingluck Shinawatra, who has been in office since August 2011, has taken a more moderate stance toward the rebels compared to many of her predecessors. Her government is set to hold peace talks with the Muslim rebels in neighboring Malaysia on March 28. A declaration to this effect was signed by the head of Thailand's National Security Council, Paradorn Pattannathabutr, and a representative of the rebel group, Barisan Revolusi Nasional (BRN), in February in the Malaysian capital, Kuala Lumpur.

"The talks are about establishing a dialogue and most likely a recognition of some sort of cultural autonomy. But, so far, there have been no official offers," explained Marco Bünte, a South Asia expert and lecturer for international studies at Monash University in Kuala Lumpur.

The Thai government, however, will not be able to act without the support of the country's powerful military, which is opposed to any form of autonomy in the southern provinces, fearing it could undermine national unity.

"The military does not want to give up control," ICG's Jim Della-Giacoma told DW. "It sees itself as the guarantor of a united country, based on the ideals of the monarchy, religion and language. And all these elements would be shifted out of alignment if greater autonomy were given to the south."

The authors of the ICG study concluded that the Thai government should urgently make the situation in the south a priority and consider decentralization - a topic that is taboo in Thailand.

Just how serious the government's offer of dialogue is will emerge from Thursday's negotiations. In the meantime, there is no sign that the violence in the south of the country is abating.

Thai police use tear gas on protestors in Bangkok

Thai police have used tear gas on anti-government protesters in the capital Bangkok. The weekend-long protest is led by the royalist movement Pitak Siam and crowds are expected to swell up to 50,000. (24.11.2012)