A judge has died in an apparent suicide in protest over Thailand's judicial system, which has long been criticized for alleged corruption and bias. He accused superiors of trying to interfere with verdicts. 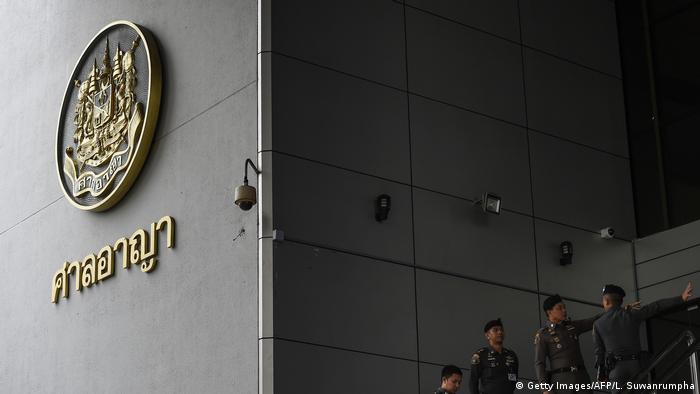 A judge in Thailand who shot himself last year to publicize alleged interference in his work has died after what was apparently a second suicide attempt.

The judge, Khanakorn Pianchana, died in a hospital after apparently shooting himself in the chest Saturday morning, said Police Major Sathitchai Nitayawan in the northern province of Chiang Mai.

Khanakorn had posted a letter on his Facebook page several hours before his death complaining that he was being persecuted after a suicide attempt in October last year. The judge then shot himself in a courtroom after acquitting five Muslim men of murder and firearms charges that could have condemned three to death.

A 25-page statement attributed to him that circulated online after that incident accused his superiors of trying to force him to change the verdicts to guilty. Supervising judges are allowed to see lower court rulings before they are issued, one of Khanakorn's major complaints.

But court officials after the October incident blamed personal stress for Khanakorn's action and denied undue influence on verdicts.

In the letter believed to have been posted by Kanakorn, the judge said he could not bear to have lost his job and being the subject of an investigation himself after his first suicide attempt. "I'm proud to have taken part in providing justice for the people," the letter said.

In the letter, he also said Thailand's 1997 constitution, regarded as the country's most democratic one, did not leave the same room for extrajudicial intervention as other charters have.

Khanakorn's statement made several references to southern Thailand's security situation. He said that confessions obtained from alleged insurgents in harsh conditions of detention were not convincing evidence.

Rights groups have routinely criticized Thai authorities for committing human rights violations in the region where an insurgency has been ongoing for decades.

Thailand's court system has long been criticized, generally over charges of corruption but more recently for alleged political bias. Previous attempts to reform the judiciary have been bitterly resisted, and the courts still spurn most criticism.

The northeastern city of Nakhon Ratchasima is reeling after a soldier killed 29 people in a weekend shooting spree. Security forces fatally shot the lone gunman after a 12-hour siege at a local shopping mall. (09.02.2020)