The northeastern city of Nakhon Ratchasima is reeling after a soldier killed 29 people in a weekend shooting spree. Security forces fatally shot the lone gunman after a 12-hour siege at a local shopping mall. 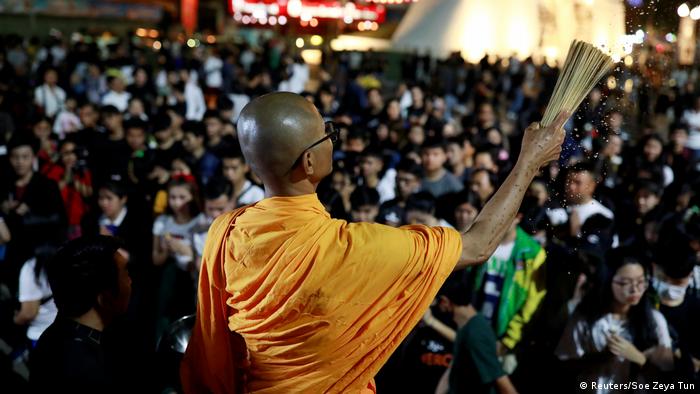 Hundreds of Thais gathered in Nakhon Ratchasima's town square on Sunday evening to honor the victims of a rogue soldier who shot 29 people dead.

Under a full moon, mourners in the crowd held candles and laid down white flowers as Buddhist monks led prayers and chants.

"It just happened right here in our hometown behind us, like right in our heart of everything. It's just tragic," local resident Chirathip Kurapakorn said at the vigil. 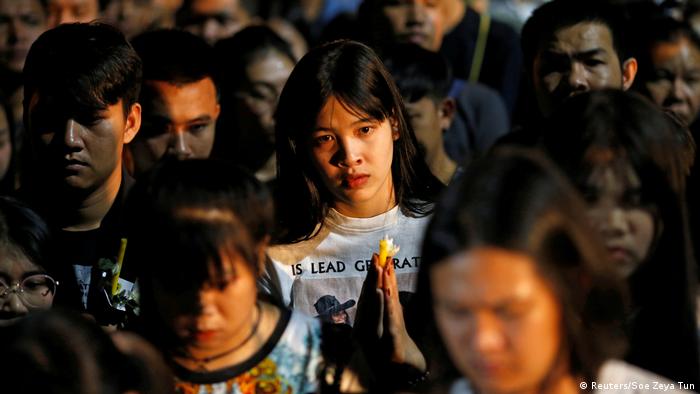 Most of the victims were killed at the northeastern city's Terminal 21 shopping center. Fifty-seven people were wounded in the carnage, which began on Saturday afternoon near an army barracks.

Authorities say the soldier, identified as 32-year-old Sgt. Maj. Jakraphanth Thomma, stole weapons and a military vehicle from his army base before heading to the nearby shopping mall and opening fire on bystanders.

Security forces managed to evacuate hundreds of shoppers from the building during the standoff. They eventually killed the gunman in a shootout there early Sunday, ending a siege that lasted around 12 hours.

"This incident was unprecedented in Thailand," Prime Minister Prayuth Chan-ocha told reporters outside a hospital where victims were being treated. "I want this to be the last time this crisis happens."

Officials said the soldier was angry over a financial dispute with a relative of his commanding officer.

His violent spree is Thailand's biggest mass shooting to be carried out by a single gunman. Although the country has one of the highest rates of gun ownership in the world, mass shootings there are rare.

Social media giants, including Facebook and Twitter, were heavily criticized after the terror attacks on New Zealand mosques for their perceived inactivity in dealing with material livestreamed by the suspect. (30.03.2019)