The boys, aged 11 to 16, and their 25-year-old coach went into the cave after a match a week ago. Near-constant rains have hampered the international rescue effort to find them. 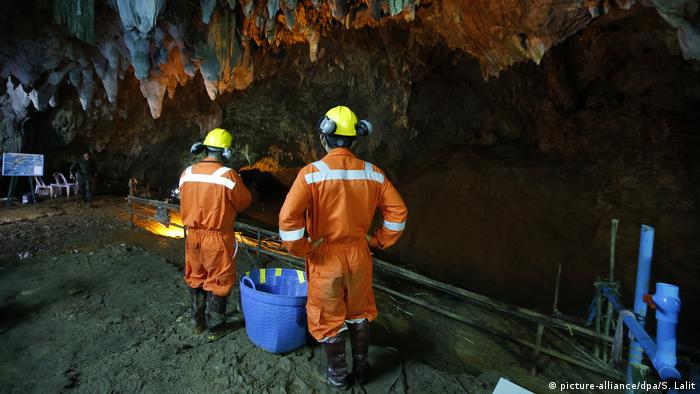 Rescue divers cleared a key hurdle on Sunday as part of desperate efforts to locate 12 boys and their soccer coach who went missing in a cave in northern Thai province of Chiang Rai last Saturday.

Lower water levels over the weekend allowed Thai Navy SEAL divers to get into areas they had to abandon earlier in the week because murky waters reduced visibility. 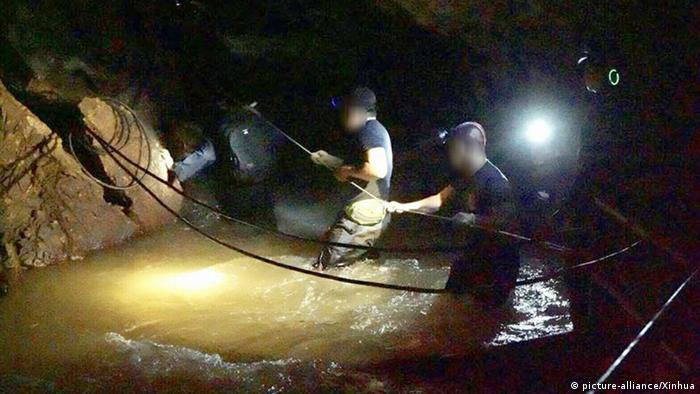 On Sunday, the SEALs pushed through the murk of a kilometer-long chamber to a passageway that could
lead to where the missing may have taken shelter, said the SEALs' commander, Rear Admiral Arpakorn Yookongkaew.

Arpakorn, however, they're not yet where they want to be. "It's still tough as the water stream is quite strong," he said.

The divers' goal is to get to an area of the cave known as Pattaya Beach, a section of the cave with a higher elevation, where
authorities hope the 13 missing may have taken shelter.

"Today we made good progress, and it was a positive improvement, very positive," Chiang Rai's governor, Narongsak Osatanakorn, told reporters.

An international team with experts from China, Australia, the US and Britain have joined in the search. 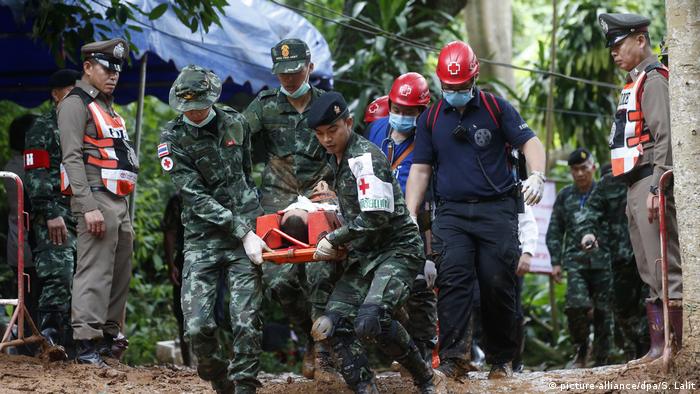 Earlier on Saturday, a drill was held to see how long it would take to get the 13 missing boys out of the cave, into 13 ambulances and to the nearest hospital.

The boys' parents have camped outside the caves since their sons went missing. Despite confusion and frustration, they too remain hopeful.

Emergency packages have been dropped into cave shafts containing food, beverages, a phone, a flashlight, candles, a lighter and a map of the cave, in the hope the boys will be able to find them.

Posts on social media reflected that hope and support for the boys and the rescuers.

Officials said tourists have been trapped in the cave and rescued in the past.

A group of children and their football coach have been trapped in the Tham Luang Nang Non cave in Thailand that was cut off by flood waters. Rescue teams have found bicycles belonging to the children near the entrance. (26.06.2018)