Thai junta to ′severely punish′ commercial surrogacy | Asia | An in-depth look at news from across the continent | DW | 15.08.2014

In a government crackdown on commercial surrogacy, doctors and clinics will be criminalized. But surrogate mothers will not be punished unless they advertise their services, as lawyer Nandana Indananda tells DW. 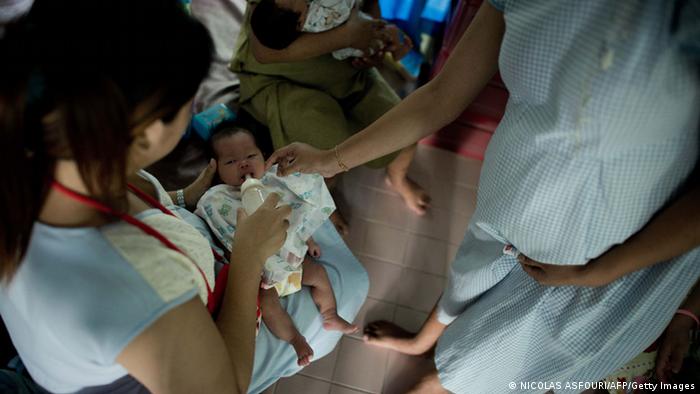 The case of baby Gammy, whose Thai surrogate mother said his Australian biological parents rejected him because he was born with Down's Syndrome, drew international attention to the currently unregulated Thai surrogacy industry. In a separate incident, the murky side of this practice was further exposed when it emerged that nine babies living in the same Bangkok apartment had all been born to surrogate mothers and had the same Japanese father, leading to accusations of trafficking.

Now the Thai government is tightening restrictions on surrogacy. Four couples, two from the US and two from Australia, were already prevented this week from leaving Thailand with their babies born to Thai women. It is unclear what the draft law will mean for the dozens of Thai surrogate mothers who are currently carrying the children of non-Thai couples.

Nandana Indananda, a Bangkok-based lawyer who headed a project to draft the new surrogacy law, says in a DW interview that while the legislation will make doctors, middlemen and clinics involved in commercial surrogacy liable to 'relatively severe' punishment, intended couples and surrogate mothers will not be criminalized unless advertising plays a role. He points out, however, that his statements should not be considered legal advice.

DW: How will the new law change surrogacy in Thailand?

Nandana Indananda: The bill addresses two main issues: (1) whether surrogacy should be allowed, and to what extent, and (2) who should be considered the parents of the child born as a result of surrogacy. The bill does not explicitly prohibit any forms of surrogacy. Rather, it prohibits the persons involved in the surrogacy from partaking in some activities. 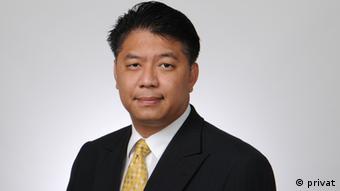 Indananda: "There is no mechanism to prevent the abuse of this system at all"

What is the bill based on?

The bill builds on a notification issued by The Medical Council of Thailand in 2001 to set out the quality and ethical standards of surrogacy operations. This notification states that (1) a surrogate mother must be a blood relative of the intended couple; (2) a doctor must use an egg(s) from the intended mother and sperm from the intended father only; and (3) there shall be no evidence to demonstrate that such surrogacy is being performed for commercial purposes.

If any of these conditions cannot be met, the doctor who performs the surrogacy must ask for approval from the Royal Thai College of Obstetricians and Gynecologists, a special body under the Medical Council. However, as far as I know, the body has never received any request for approval from a doctor who performs surrogacy; even if it is clear that almost all surrogacies in Thailand do not meet those conditions.

Under current Thai law, the woman who gives birth to a child is considered to be its legal mother. A couple who commissions a surrogate and wishes to have a child can in no way be considered the legal parents. How will the bill change this?

The conditions are: (1) the intended couple must be legally married - the bill aims to prevent a foreign couple from obtaining parenthood in Thailand. But the wording may not be clear enough, since it does not state that the legal marital status must be according to Thai law - (2) the egg(s) and sperm must come from each partner in the couple; it is not allowed to use an egg from a surrogate; and (3) a surrogate must have already borne a child of her own, and if she has a husband, her husband must give his consent to the surrogacy. Thus, it is not necessary for a surrogate to have a blood relationship with the couple, as required by the medical standard.

Will this law place restrictions only on commercial surrogacy? If so, how will authorities ensure that surrogacy is not paid for?

The bill only allows necessary expenses to be paid to a surrogate mother. It sets up the “Commission on the protection of the Child Born with Medical Reproductive Technology” to have the authority to specify the amount of necessary expenses and the method or conditions of the payment.

However, there is no mechanism to prevent the abuse of this system at all. The bill does not criminalize the intended couple or surrogate mother; even if they do not comply with the law by paying money exceeding the amount set by the Commission, the intended couple is still regarded as the legal parents and will not be punished by law.

Previously, only doctors and clinic owners were covered by surrogacy laws – now that others such as the surrogate mother will be involved, could this mean the most vulnerable are prosecuted? 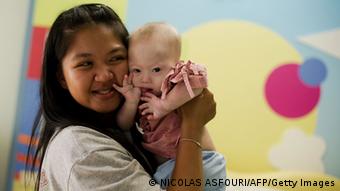 Are there fears that making commercial surrogacy illegal could lead to unsafe, unregulated practices?

Yes. This is why the bill does not prohibit all forms of commercial surrogacy and does not criminalize all persons involved in the practice. However, a doctor and clinic cannot operate surrogacy for commercial purposes; it remains to be seen if this means that only low-quality doctors or clinics will perform surrogacy in the future.

What will happen to those parents and unborn babies who are currently in the middle of the surrogacy process?

The bill has a retrospective provision stating that a couple who has a child before the effectiveness of this law is able to request a parental order from the court. This provision applies, even if the couple has no legal marital status. Nevertheless, it is again not clear whether foreign couples will benefit from this provision.

Nandana Indananda, a former judge of the Central Intellectual Property and International Trade Court, is a partner in Tilleke & Gibbins’ intellectual property group.

The story of Gammy, a baby born via surrogacy to a Thai woman and abandoned by his intended parents drew attention to the practice. Experts say the controversy has left many couples in a limbo, reducing their options. (08.08.2014)

Peter Baines, whose charity has raised over 200,000 USD to help Gammy, a surrogate baby with Down Syndrome reportedly rejected by his Australian parents, tells DW the infant is receiving first rate care in Thailand. (07.08.2014)

The public response to an Australian couple leaving a baby with Down's Syndrome behind with his surrogate mother in Thailand highlights the complexity of the transnational legal situation on commercial surrogacy. (03.08.2014)