A US court has paved the way for the prohibition of one of the safest abortion procedures in Texas. A previous legal decision had called it unconstitutional. 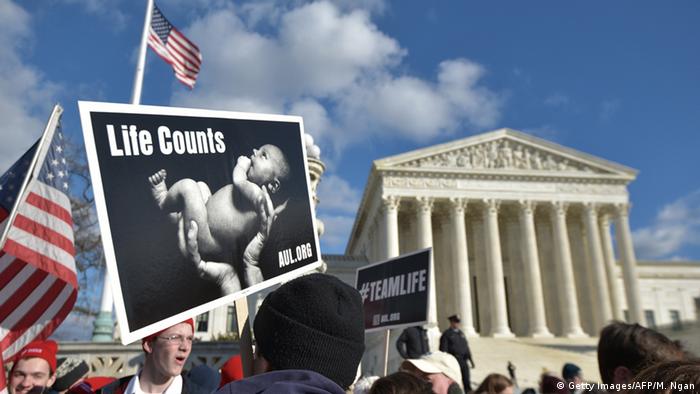 The 5th US Circuit Court of Appeals upheld a Texas law on Wednesday that bans the most common abortion procedure used during second-trimester pregnancies.

A majority of the 14 judges sided with the 2017 Texas law, overturning an earlier decision by the same court to block it.

The legislation would stop doctors from the standard dilation and evacuation method which employs forceps to remove the fetus without the use of an injection or suction. Abortion activists say it outlaws the safest method for women in the second trimester to terminate a pregnancy.

Under the law, medical professionals will now be obliged to carry out an additional procedure on the pregnant body to ensure that the fetus is dead before removal.

The judges who voted in support of the Texan law said in their opinion that it was safe for doctors to perform the abortion while also complying with the new legislative regulations.

One of the dissenting judges said that "under the guise of regulation, makes it a felony to perform the most common and safe abortion procedure employed during the second trimester.''

Nancy Northrup, CEO of the Center for Reproductive Rights, slammed the appeals court judges, saying: ''Texas has been hellbent on legislating abortion out of existence, and it is galling that a federal court would uphold a law that so clearly defies decades of Supreme Court precedent."

The Republican-produced law was initially shot down by a three-judge panel, with the court's opinion stating that the statute "unduly burdens a woman's constitutionally protected right" to terminate a pregnancy before the fetus is considered viable.

Acting on appeal, the court agreed to reconsider the legislation. Wednesday's decision vacates the previous one, marking the first time a US court has upheld a ban on dilation and evacuation abortions.

Several other states have also taken steps to outlaw the common procedure.