A Washington-based Muslim group accused Tesla of "supporting genocide" against Uyghurs, with a Republican senator also piling on pressure over Tesla's Xinjiang showroom. 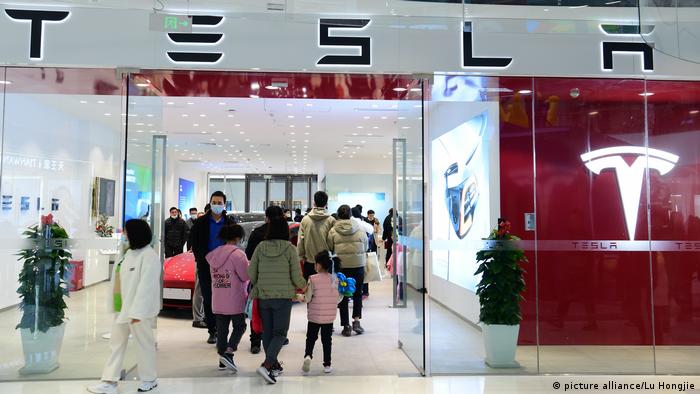 China is a key market for Tesla, which already operates showrooms in many Chinese cities

"By doing business in China's Xinjiang Province, where millions of Uyghur Muslims are being held in concentration camps and forced labor facilities, Tesla is supporting genocide," the biggest US Muslim advocacy group, The Council on American-Islamic Relations, said on Twitter.

It added that the company's CEO and one of the richest men in the world, Elon Musk, "must close Tesla's Xinjiang showroom."

A similar appeal came from the Alliance for American Manufacturing, which lobbies for American-made goods. Separately, Republican Senator Marco Rubio slammed "[n]ationless corporations" for "helping the Chinese Communist Party cover up genocide and slave labor in the region."

The outrage follows Tesla's announcement on Chinese social media that its new venue, located in the region's capital of Urumqi, was now open.

The company did not immediately comment on the criticism levied against it late on Monday.

US bill on Xinjiang spells trouble for Western companies

Last year, amid growing tensions with Beijing, Washington labeled China's treatment of the Muslim Uyghurs minority in Xinjiang as "genocide." The US has also recently passed a law that bans goods from Xinjiang unless companies can prove they were made without forced Uyghur labor.

It does not ban sales of goods in the region.

Even so, Western companies find themselves in an increasingly precarious position as they try to stay on good terms with the Chinese government while avoiding negative press in the West.

In December, chipmaker Intel was forced to apologize to the Chinese after telling local suppliers it would not be using labor or goods from Xinjiang. The stance had prompted outrage and calls for a boycott in China.

Chinese officials also threatened US retail giant Walmart last week after some Chinese shoppers complained they could not find goods from Xinjiang.

Business working to save face in China

The issue of Western companies toeing the Beijing line, however, goes far beyond Xinjiang. In 2018, US clothing retailer Gap apologized for a map that did not include Taiwan and the territory controlled by India which Beijing claims as its own, while Mercedes Benz was forced to apologize for citing the exiled religious leader the Dalai Lama on Instagram.

In 2019, the NBA apologized to China after a team manager posted a tweet supporting the pro-democracy movement in Hong Kong. More recently, US wrestling star John Cena apologized in Chinese for calling Taiwan a country.

Many other Western companies were also forced to modify their public stances and business practices in order to maintain access to the Chinese market.