The Syrian terrorist suspect who committed suicide in custody was not classified as an "acute suicide risk" before his death, the Leipzig prison warden has admitted. Jaber Albakr was found hanged with his T-shirt. 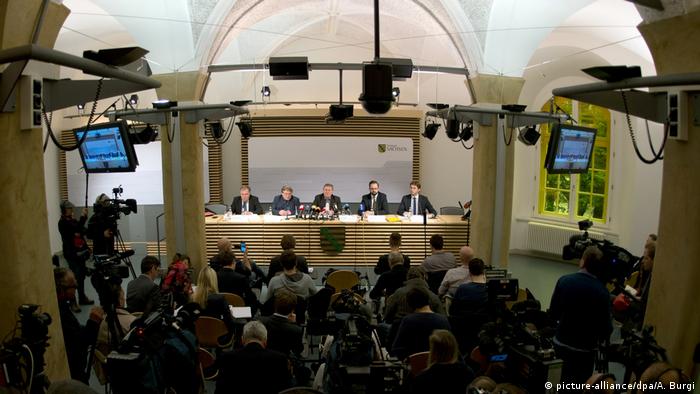 Jaber Albakr, the Syrian refugee suspected of plotting an airport bomb attack, was not classified as an "acute suicide risk" in the Leipzig prison where he had been in solitary confinement since his apprehension in the overnight hours of Sunday into Monday.

The suspect was subjected to regular cell checks, which at the time of his death occurred every 30 minutes, Leipzig chief prison warden Rolf Jacob told a nationally televised press conference in Dresden on Thursday morning.

Albakr's death was confirmed at 8:15 p.m. Wednesday after emergency workers unsuccessfully attempted to revive him. Jacob said the terrorist suspect was found hanged from the bars of his cell with his prison-issued T-shirt.

The prison chief said that a psychologist had spoken to Albakr for an hour and a half on Tuesday - although she had 15 years' experience with prisoners, she had none with suspected terrorists, he admitted.

He added that wardens initially checked on him every 15 minutes, though this routine was reduced to every 30 minutes on Wednesday afternoon, following another assessment. The last check was made at 7:30 p.m, Jacob said.

Looking visibly shaken during the press conference, Jacob said it had been difficult to communicate with the suspect because of language problems, and that he was refusing food and drink, but added that he seemed calm.

He added that Albakr was kept in solitary confinement as a matter of procedure, because he was suspected of a violent crime.

Gemkow: This should not have happened

"He was not at any time not under surveillance," said Jacob. "He seemed calm and seemed interested in how life would proceed in the prison, and what would happen if he refused food." Jacob added that there was a water faucet in his cell.

But Jacob also mentioned that a lamp had fallen from the cell's ceiling during the day, whereupon wardens had cut off power supply to the cell. Later in the day, guards also found that Albakr had apparently manipulated the power outlets, though by then they were no longer live.

"No acute danger of suicide was found," Sebastian Gemkow, Saxony's Justice Minister, told reporters at the press conference. "It should not have been allowed to happen. But it did happen, even though as things stand, we did everything to prevent that."

The minister added that while he took the "political responsibility" for the suspect's death, he did not see a reason to resign over it. By the late afternoon, however, the Saxony branch of the opposition Green party were calling for Gemkow's resignation.

"He should draw the consequences and resign," Katja Meier, the party's justice policy spokeswoman in Saxony told BR radio.

Saxony's state premier Stanislaw Tillich defended his minister, rejecting any "blanket criticism of the Saxony judiciary." "The events in Leipzig prison must and will be thoroughly investigated by the responsible authorities," he said.

"In retrospect, we would look at ourselves critically and say that maybe we were a little too believing [of Albakr's statements]," prison chief Jacob said. "But in sum everything happened as the procedures set out." 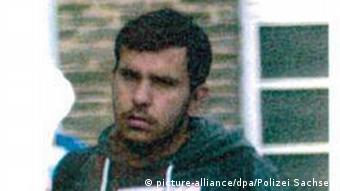 Albakr was captured on Sunday night by other Syrian refugees

The suspect's state-appointed defense attorney Alexander Hübner called the case a "justice scandal." He told WDR radio: "I'm incredibly shocked and absolutely speechless that something like this could happen," before adding that the responsible prison had certainly been aware of Albakr's suicide risk.

"It's very clear that the surveillance measures weren't adequate," Hübner said. He added that the prison warden confirmed to him on Wednesday afternoon that Albakr would be "constantly watched" in solitary confinement.

"My client was on hunger strike - that was well-known too. He was refusing all food and liquids," he added.

Politicians lined up to condemn the death and demand a full investigation on Thursday morning. In an interview with ZDF breakfast show "Morgenmagazin," German Interior Minister Thomas de Maiziere said "what happened last night demands a fast and comprehensive explanation."

Thomas Oppermann, head of the parliamentary faction for the Social Democratic Party, called the whole affair an "unparalleled series of police and judiciary failures. Saxony clearly lacks any prerequisite to combat terrorism professionally."

"How could this happen in a prison cell apparently under constant surveillance?" tweeted Green party leader Cem Özdemir. "I am speechless."

"What is going on?! Terror suspect of Chemnitz: Albakr has committed suicide in prison," tweeted German Family and Youth Minister Manuela Schwesig.

Albakr, a Syrian refugee, was arrested in the early hours of Monday morning after three compatriots tied him up and alerted authorities. The three men invited Albakr to stay in their apartment, only to realize later that he was a fugitive being sought by police.

During a raid on Albakr's Chemnitz apartment two days earlier - during which the suspect apparently escaped - police found 1.5 kilograms of TATP. The homemade explosive was the same as that used in the deadly jihadist attacks in November in Paris and in Brussels last March.

The suspect's death has also raised concerns about the investigation into his alleged bomb plot. De Maiziere admitted in his morning interview that the death certainly made it more difficult to find any potential co-conspirators. Another suspect, a man named only as Khalil A., was also arrested over the weekend.

The thwarted plot has renewed focus on security in Germany, with conservative politicians demanding more stringent background checks on asylum seekers. In 2015, Germany took in 890,000 refugees, many of whom arrived from Syria.