Police in the German state of Schleswig-Holstein were forced to escort a recumbent bike rider off the A1 motorway. The American cyclist had gotten lost during his trip from Oslo down to Barcelona. 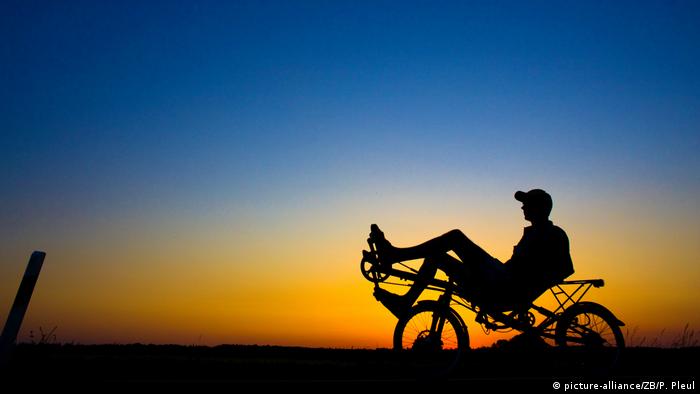 German police said on Monday that they had stopped a recumbent bike rider over the weekend, after he mistakenly cycled onto the A1 motorway in northern Germany.

Drivers alerted authorities to the cyclist near town of Neustadt in Holstein, located just off the coast of the Baltic Sea. Police offices subsequently rushed to him and escorted him to the next exit. The rider, a 43-year-old American national from Florida, was visibly terrified and was trembling in his knees, police said in a statement.

After repeatedly apologizing, the cyclist told officers that he had blindly followed the map on his smart phone and wandered off the cycle path onto the motorway. The 43-year-old was travelling from Oslo all the way to Barcelona, all on his recumbent bike.

After promising not to cycle on the motorway again, police left the cyclist with a verbal warning, adding "Have a good trip!"

What are the seas along Schleswig-Holstein's coasts called? What typical seafarer's meal is prepared with beetroot? And what candy is the Hanseatic city of Lübeck world-famous for? Test your knowledge. (24.05.2018)