Tensions between Israel and Iran reach new heights | World | Breaking news and perspectives from around the globe | DW | 04.11.2011

Vague threats, combined with Israeli army drills, may suggest that Israel is preparing for a strike on Iran. Some experts think it might be just be a show of tit-for-tat posturing, others believe a war is possible. 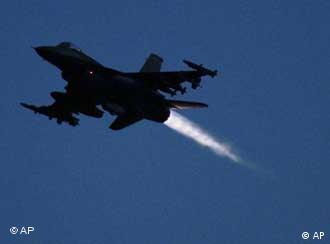 Tensions between Israel and Iran are rising again against the backdrop of rumors of a possible Israeli attack on Iran's nuclear facilities. Even though those threats are not entirely new, the most recent posturing sounds more substantial than ever. Besides vague threats from the Israeli government, there are number of events which have made people wonder whether such a scenario could actually happen.

The first was the recent Israeli test of a long-range ballistic missile, while the Israeli air force also held a joint drill with its Italian counterparts over the island of Sardinia. The military exercise included refuelling air jets at high altitude.

The third event was another drill, this one to test the readiness of the Israeli public and rescue forces. It took place in Holon, a southern suburb of Tel Aviv, and simulated a situation of missiles being shot into urban areas. On top of that, the option of a military strike against Iran's nuclear installations has become a hot topic in the Israeli media. 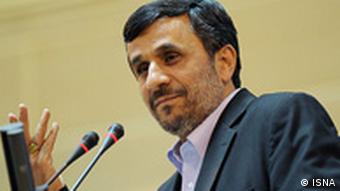 "It is very important to mention all the drills and the exercises were planned for months, they are not something you can pull out in a day's notion," Anshil Papper, a journalist with Haaretz newspaper, told Deutsche Welle. "On the other hand, the fact those three events happend in such a short period of time, might suggest it is not a coincidence. Especially if you consider Israel is trying to get all its anti-missile systems operative."

In recent years, there has been considerable tension between the Israeli Defence Force (IDF) and the government. The army's top generals have consistantly opposed an attack on Iran. There are rumors that Prime Minister Benjamin Netanyahu and Defense Minister Ehud Barak wanted to get rid of the former Chief of Staff Gabi Ashkenasi because he was against a military operation in Iran.

"Many people in the IDF oppose such an attack. Nevertheless, the IDF is not making decisions. The job of the army is simply to provide the optimal solutions for the decisions the government takes," Papper said. "But then again Israel used those threats a couple of times in the past to force more sanctions against Iran. It might be the case again."

That's an opinion shared by Dr. Yariv Ben Eliezer, a media researcher from the Interdisciplinary Center in Herzliya. "There is a mutual balance of fear. When Iran is making threats, Israel knows they have made progress with their nuclear plans. And in retaliation, Israel is threatening too," he told Deutsche Welle.

Ben Eliezer describes the media as a key battleground for communication. "Israel and Iran are not communicating with each other, the heads of the state don't talk over the phone or send e-mails. The way to deliver messages is through the media, it is clear the Iranian leadership is following the Israeli media and vice versa. But I don't know what is going inside Netanyahu's head, whether he really wants to attack or not."

That uncertainty regarding Israel's intentions is a key problem says Dr. Hani Zubeida, a political scientist from the Yezreel Valley College. "It is like in the movie 'Wag the dog' - the government is using the nuclear Iran issue to divert public opinion from social problems, but no one can guess how far will they go with those threats," he told Deutsche Welle. 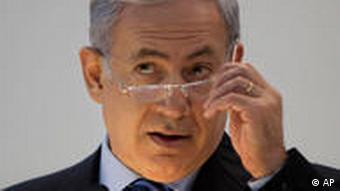 It's not clear what Israeli Prime Minister Benjamin Netanyahu's motives are

According to Zubeida, even though the war is just a trick to manipulate the public, it could develop into a disturbing scenario. "Right now Netanyahu is very popular, because of the Shalit exchange deal. The coalition is very stable, since there is no real opposition in parliament. He feels invincible, he feels no one in Israel can stop him from doing whatever he wants."

"Meir Dagan, the former head of the Mossad, made it clear publically that a war with Iran would be a mistake. How come Netanyahu is not accepting his opinion? When Dagan retired, Netanyahu gave him a lot of compliments for his professional work, so why are they against each other now? That shows Netanyahu must have another reason for a war than the security reasons."

Zubeida thinks the reason why the threat of a military option against Iran has popped up again now is linked to domestic Israeli political issues. "After Netanyahu secured the return of Gilad Shalit, he needed a new agenda, so people would not go and talk about the social demonstrations again. During the summer hundreds of thousands of citizens said there is a problem with the economy, and blamed Netanyahu. The government doesn't want that again."

That theory, admitted Zubeida, makes him worry. "I really hope they know what they do, because our lives are at stake here. A war could lead to devastating results, which will be very difficult to recover from. This is not a war with Hezbollah, we could suffer from the outcome for many years. It is a very dangerous matter."

Hawks and doves divided over US response to Iran

Opinion is divided over what response the US should take over the alleged Iranian terror plot. Some want military action and a show of strength; others favor increased sanctions while the Middle East is in such turmoil. (14.10.2011)