Saudi prince raises prospect of nuclear arms race with Iran | World | Breaking news and perspectives from around the globe | DW | 04.07.2011

Prince Turki al-Faisal, a former Saudi intelligence chief, has warned that if Iran obtained nuclear weapons, Saudi Arabia would too. Analysts say the two are already engaged in a 'cold war' in various parts of the world. 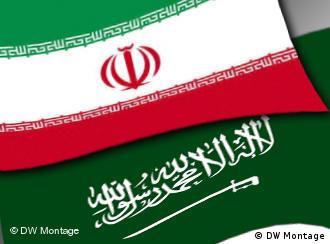 Iran and Saudi Arabia are in proxy conflicts around the world

Britain's Guardian newspaper revealed recently that Prince Turki al-Faisal gave an unpublicized speech earlier this month to senior officials at a NATO air base in the UK during which the former Saudi intelligence chief and ambassador to Washington and Britain implied that a nuclear arms race could break out in the Middle East if Iran continues to pursue its nuclear ambitions.

Faisal did not outline specific policies, but warned that if Iran had a nuclear weapon, it "would compel Saudi Arabia … to pursue policies which could lead to untold and possibly dramatic consequences."

The newspaper also quoted an unnamed Saudi official as saying "we cannot live in a situation where Iran has nuclear weapons and we don't."

"If Iran develops a nuclear weapon, that will be unacceptable and we will have to follow suit," the official said.

The Saudis fear Iran's influence in the Arab Spring

None of this is particularly surprising to Guido Steinberg, researcher at the German Institute for International and Security Affairs (SWP).

"He's said something like this before, if I remember rightly," he told Deutsche Welle. "Also, you have to be careful, because Faisal doesn't hold any official position at the moment, though I think it's clear that he would like to become foreign minister.

"He often says things that a member of the government wouldn't say, but which could well have been approved by the government. It's a sort of semi-official statement," he added.

The speech seems to confirm what many observers had previously speculated. Jon Marks, an associate fellow at the London-based think tank Chatham House, does not consider this new news either.

"The Gulf States have always ruled out that they would go nuclear - however, they've looked at nuclear power programs for some time in the Gulf, and they've often posited the idea that if Iran were to go nuclear, then they might go nuclear too," he told Deutsche Welle.

"At a level of strategic planning, that idea has been envisaged, but whether there are actually any concrete moves towards such an outcome, I really don't know," he added.

Marks emphasizes that this move needs to be understood in the context of the steadily worsening relations between the two Middle Eastern rivals.

"I think it reflects the general ratcheting up of tensions," he said. "We already have a region where both Israel and Iran might have nuclear weapons, so the military balance might suggest that the Gulf Cooperation Council states should have some as well, but clearly it's not going to reduce tensions." 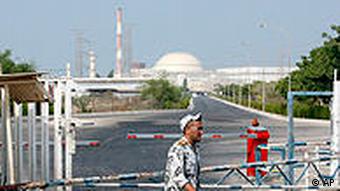 Iran's nuclear program is heightening fears in the region

Iran and Saudi Arabia are historical rivals who both see themselves as the most legitimate natural leaders of the Muslim world. Iran is a majority Shia state that subscribes to an politicized Islamist ideology, while Saudi Arabia is a predominantly Sunni monarchy.

But this year's Arab Spring has given the rivalry an extra edge.

Saudi Arabia fears that Iran will take advantage of the democracy movements that have toppled a series of dictatorships in the region to strengthen its influence in those countries.

Iran has positioned itself as an ally to these protest movements, and there are concerns within the Saudi government that the country's Shia minority would even answer a call to arms from Iran.

As far as some analysts are concerned, the current situation amounts to a serious conflict.

"Saudi Arabia and Iran are now engaged in a regional cold war that is spreading out into the rest of the world," said Theodore Karasik, director of research and development at the Dubai-based Institute for Near East and Gulf Military Analysis (INEGMA).

"It's a cold war where Saudi Arabia and Iran are using proxies to fight against each other and creating a sectarian Sunni–Shia divide." 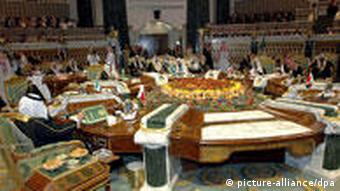 Saudi Arabia wants to maintain control of the GCC

The flashpoints have already been identified. Saudi Arabia recently invited Morocco and Jordan, both Sunni monarchies, to join the Gulf Cooperation Council (GCC), a group made up of Sunni autocratic states. This was seen as an attempt to create a defensive alliance against Iran.

But this proxy conflict extends to more unexpected places. Saudi Arabia and Iran are competing in Malaysia, Indonesia and Bangladesh, said Karasik. They are rivals in West Africa, especially in Nigeria, and in Latin America the two nations compete when it comes to building mosques and distributing sectarian literature.

Yet neither side appears interested in more direct conflict. For analyst Steinberg, the significance of Faisal's speech is not so much the threat of a nuclear arms race.

"I think the point is less that Saudi Arabia is really planning to make nuclear weapons - it's about impressing on the US how urgent it is to react to Iran's nuclear program," he said.

The West lacks clear strategy to deal with the Arab world

Middle East expert Guido Steinberg told Deutsche Welle in an interview that Egypt and the Gulf States will play a pivotal role in determining whether political upheaval will continue across the Arab world. (16.06.2011)

Saudi Arabia has long had an influence in Yemen, its restive and financially crippled neighbor to the south. With Yemeni President Saleh currently in Riyadh, the Saudis are looking to use the opportunity to shape events. (07.06.2011)