Troops have been deployed to remote areas of India's northeast to quell ethnic violence that has killed 17. 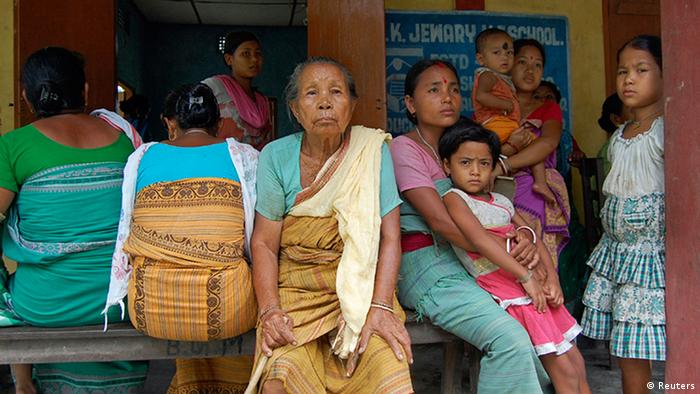 At least 17 people, including a six-month-old child, were killed at the weekend and many more wounded in fighting between indigenous tribes and Muslim settlers in the northeastern state of Assam.

The authorities imposed a nighttime curfew to prevent more violence and federal troops were deployed to remote areas.

"The situation is tense and more security forces are being sent to far flung areas," S.N. Singh, Assam's inspector general of police told reporters on Monday.

According to a senior civil servant in Kokrajhar district, tens of thousands of villagers fled their homes and took shelter in relief camps, especially women and children looking for protection.

Some 37 such camps have already been set up and more will reportedly be opened if necessary. 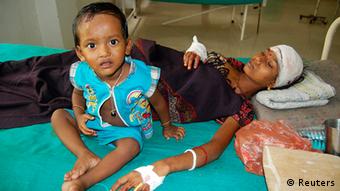 Children and women have been among the victims

On Monday, businesses, offices and schools remained closed and the streets were deserted. "We can't think of going back home. Our village is vulnerable to attacks and the government failed to give us protection," one resident told Reuters by telephone.

Police said that the clashes had been triggered by the killing of four youths by unidentified men in the Kokrajhar district, which is dominated by the ethnic Bodo tribe.

Armed Bodos retaliated by attacking Muslims, whom they suspected of being behind the killings.

Bodies hacked by machetes and left in the jungle, along roadsides or riverbanks were found by police over the weekend, including those of a six-month-old child and of a woman.

India's northeast, which borders China, Myanmar, Bangladesh and Bhutan, is home to over 200 ethnic and tribal groups. It has been racked by separatist revolts since India gained Independence from Britain in 1947. 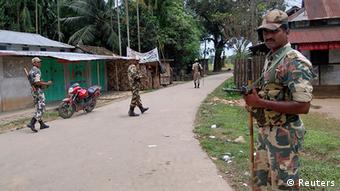 Police and security personnel have been deployed all over the state

In recent years, strong sentiment has increased among Hindu and Christian tribes against Bengali settlers, many of whom came from the former East Pakistan before it became Bangladesh in 1971 and are accused of stealing land.

A debate about the status of women and media ethics in modern Indian society has been triggered by the molestation of a 17-year-old girl in Assam. The footage was filmed and broadcast by a local TV station. (20.07.2012)

Many in the violence-ridden Indian north-eastern state of Manipur say they feel isolated and neglected by the central government in New Delhi. (20.04.2012)