Deutsche Telekom says the scandal over US and British eavesdropping has prompted German providers to contemplate an inner-German or inner-European Internet. Data would no longer be routed and stored via other continents. 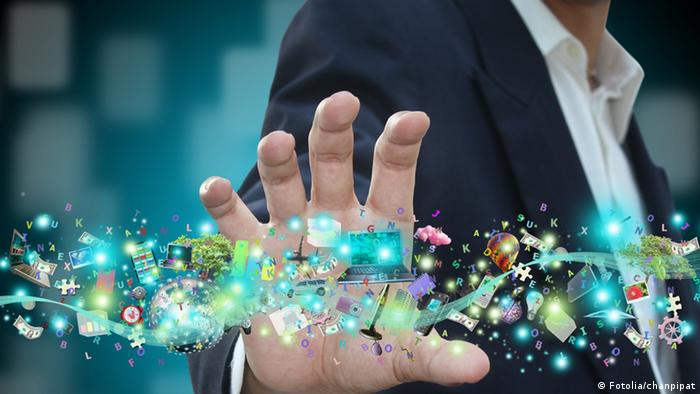 Germany's state-backed Telekom confirmed on Sunday that German providers were discussing an Internet confined within Europe's "Schengen" countries. One project code-named "Clean Pipe" would help firms to fend off industrial spies and hackers.

Schengen is the Luxembourg border town where in 1985 EU nations initiated a visa-free zone that now encompasses 26 European countries but excludes Britain.

A Telekom spokesman told the German news agency DPA that talks were taking place with "diverse, likely partners." The project would be unveiled on Monday at an information technology (IT) conference in Bonn.

According to the news magazine Der Spiegel, Telekom managers see fewer technical setup problems than IT experts had at first anticipated.

Germany already has a project entitled "E-Mail made in Germany" in which Telekom, United Internet and Freenet handle messages inside the national border.

The magazine also claimed that the British agency GCHQ had used a method code-named "Quantum Insect" to manipulate the online service LinkedIn and then infiltrate offices, namely the Belgian concern Belgacom and Mach, which handles mobile phone routing.

Computers of nine personnel at the Vienna headquarters of the Organisation of Petroleum Exporting Countries (OPEC) had also been infiltrated by GCHQ. The US National Security Agency (NSA) had also used the method to access OPEC's general-secretariat, Spiegel claimed.

LinkedIn told Spiegel it would "never approve" such intrusion. Starhome Mach, a successor of Mach, said it would launch a "comprehensive security check."

Telekom confirmed a report by the weekly Wirtschaftswoche that it together with the electronic security firm Lancom had begun testing "Clean Pipe" among pilot customers.

End in sight for global Internet?

Last month, US security researcher Dan Kaminsky told Reuters that if countries walled themselves off this would cripple the global, originally open structure of the Internet.

Electronic snooping is a sensitive subject in Germany due to the heavy surveillance of citizens in the former communist East and under Hitler's Nazis.

Revelations of snooping by US and British secret services stem from documents leaked by fugitive and former NSA contractor Edward Snowden. Russia recently granted him one year's asylum.

Der Spiegel reported in June that the US had tapped half a billion phone calls, emails and text messages in Germany in a typical month.

Last month, Germany summoned the US ambassador in Berlin after disclosures that the NSA had tapped world leaders' mobile phones, including Merkel's device.